Hamdan says diversity is important in any 20-minute city or neighbourhood.

A 20-minute city or neighbourhood is not necessarily a new concept as cities were traditionally built to be compact, dense and easily accessible on foot, says Think City Sdn Bhd managing director Hamdan Abdul Majeed.

“Historically, if you look at old cities dating back to Roman times and even Kuala Lumpur during its initial years, everything was organised around that concept that you could live, work, play, shop, study and socialise within the city,” he said.

“A city is where there is a convergence of people that allows for diverse activities to take root.

“A lot of things were planned around walking in traditional cities, before the streets were expanded to accommodate carriages, and today’s cars,” he added.

As things evolved, Hamdan said how people organised themselves to be able to interact and have exchanges, also changed.

“This marked the rise of neighbourhoods and city centres becoming empty, especially with the prevalence of car-led cities.

“People needed to commute and move around as everything was distributed, such as residential spaces, workplaces and shops. 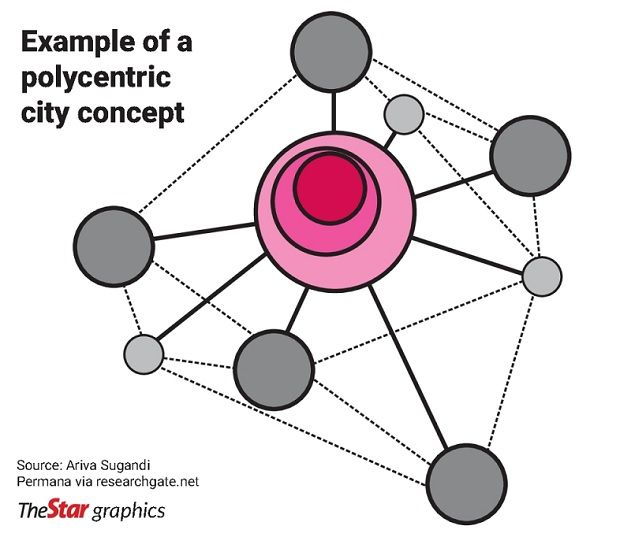 “The emergence of public transport also changed how we organised people, as it introduced concepts around transit-oriented development (TOD) and how to build neighbourhoods around TOD hubs,” he said.

Hamdan observed that as the philosophy of building things more compactly gained traction, what was emerging in planning institutions was the notion of polycentric hubs or multiple hubs.

“What it means is that you have multiple city centres or rings of 20-minute neighbourhoods that can be connected by rail,” he said.

Global architecture and planning firm Gensler explained that under a polycentric city model, several key districts could co-exist and offer something slightly different for the urban inhabitant, while also functioning as a self-contained “city within a city”.

“The idea is to get people to rethink their lives, work and play routines and reduce the need to move,” said Hamdan.

“Your daily functions, such as going to school, grocery store and pharmacy, can be done within your own 20-minute neighbourhood. But for things that require specialisation or if you want to go for an event, you travel to your destination.

“Each neighbourhood can also have its own identity or specialisation so there is no monotony.”

For the polycentric city model to work, Hamdan said each hub had to identify the missing elements that make it a more complete neighbourhood and ensure things within its hub were organised to be more effective. All hubs also have to be interconnected.

“Because a neighbourhood is fitting the concept into an existing built environment, its occupants need to assess and evaluate what are the elements they already have and do not have, such as cycling network, housing diversity, age-friendly facilities, safe streets and green spaces.

“If a place already has many elements, how do you make it work better? If a place is missing a certain element, how do you bring that in? If it is not feasible to be brought in, then how do you complement it with what is available?” he pointed out, stressing that the economics of a 20-minute city needed to be thought through.

Hamdan said diversity was also important in any 20-minute city or neighbourhood, as having affordable housing and age-friendly facilities would cater to people of different social and age groups.

“Such places must be built based on principles of inclusivity, fairness and justice; we cannot build divided communities.

“Access to facilities, housing and green spaces must cater to all segments of society, not only from a wealth standpoint but also from age and mobility standpoints.

“We also have to plan from perspectives related to climate change, resiliency and safe cities to strengthen communities,” he said.

Hamdan believes that people can build the city that they want, but it requires effort and collaboration, for individuals and communities to come together to organise, plan and think through how things can be done. 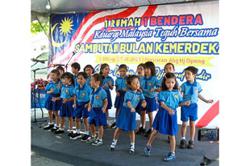