AMPANG Jaya stakeholders are questioning the local authority’s decision to include two large transportation projects in the Ampang Jaya Municipal Council Draft Local Plan 2035 (RT MPAJ) even though the alignment for both projects have yet to be finalised.

They said the lack of details about the proposed alignments for the Mass Rapid Transit (MRT) 3 Circle Line and Kuala Lumpur Northern Dispersal Expressway (KL Node) meant that residents could not give comprehensive feedback on the two projects.

“If we do not have the necessary details such as where the exact locations of the MRT stations will be, how can we be expected to give any objections or suggestions?

“What little information provided is insufficient and should not have been included in this draft plan,” said a Taman Bakti resident who only wanted to be known as Sathesh during a public hearing session on the draft plan at Dewan Perbandaraan MPAJ at Pandan Indah, Selangor.

He said the two projects could have been included in the gazetted local plan as an amendment instead, after going through the necessary processes.

Meanwhile, a large group of Taman Kencana residents also turned up at the meeting to object against the MRT3 route which could affect their residential area.

Taman Kencana MRT3 action committee chairman Mohd Najib Mat Nor said residents only found out about the project running through their neighbourhood after receiving a notice from the land office on the possible acquisition of their houses.

“In August, several homeowners received a preliminary notice on potential acquisition from the land office notifying us that the land was identified for study purposes for the MRT3 project under Section 4 of the Land Acquisition Act 1960.

“At least 118 landed properties and several factories could be acquired for the project,” he said, adding that there was a planned MRT station to be built in the area.

The RT MPAJ draft plans showed that seven MRT3 stations had been proposed to be built in Ampang Jaya, subject to changes.

Mohd Najib said that while there had been several discussions since then, they still did not know if the proposed alignment would go through.

“But if the draft plan is gazetted with the current alignment, how can we be sure that our objections will be heard?” he asked.

Chairing the meeting was Selangor infrastructure and public amenities, agriculture modernisation and agro-based industry committee chairman Izham Hashim, who said there would be many processes that needed to be followed before the alignments were approved.

“For example, the MRT3 developer will need to conduct traffic, social and environmental impact assessment studies and present the findings to the state government.

“We will find the best and most sustainable solution,” he said.

The hearing is the last scheduled for the 2,558 respondents who submitted feedback or objections on proposals in the draft plan.

It was previously reported that the changes in the draft plan included 91 proposals to rezone land status and increase land density. 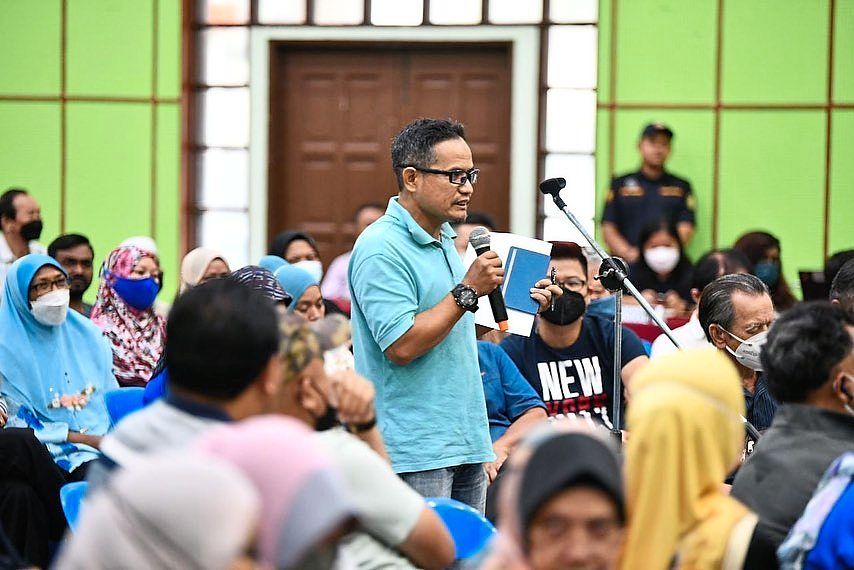 Mohd Najib says at least 118 landed properties and several factories may be acquired for the MRT3 project.