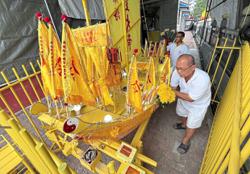 LION dance, commonly performed on special occasions by the Chinese community, has an important role during the Nine Emperor Gods Festival.

Apart from entertaining people and welcoming the gods, the performance is believed to help balance yin and yang influences.

The dance is performed during a procession that takes place on the first and last day of the festival, to welcome and send off the nine deities or gods.

Since the arrival of the gods is believed to be through the waterways, processions are usually held from temples to the seashore or river, he said.

“A street procession starting from a temple to a nearby venue or river will be led by a lion dance troupe to welcome the nine deities.

“The significance of performing a lion dance during the festival is to usher the gods that have arrived, purify the environment as the chariot passes by Chinese residential areas and bless the community,” he elaborated.

The exhalation during the lion dance is believed to repel negative energy and inhalation will attract positive energy from the surrounding area.

A procession will take place on the last night to send off the gods back to the river or a selected point, said Fong.

However, this year the troupe will not be performing during the Nine Emperor Gods Festival, which is ongoing until Oct 4. 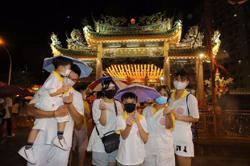