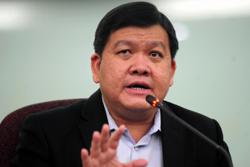 ALL quarry approvals in the Bukit Lagong Forest Reserve have been processed according to established procedures, says the Selangor government in response to reports that plots of forest reserve were being sold for quarrying purposes.

“The status of the land in the areas concerned still remains as a forest reserve.

“This approval was issued for the purpose of covering the need for rock materials for development in the state of Selangor and in the Klang Valley.

The approval of the new quarry areas (19 quarries) is to replace the old quarries that will expire in the near future from 2023.”

“The implementation of the development of this quarry is done according to certain time frames for the purpose of controlling the impact on the environment in addition to avoiding market issues of stone material.”

Hee added that production output is determined based on research and discussion with all parties involved and in this case, also taking into consideration factors not to affect the nearby Orang Asli settlement.

“Every quarrying operation in the reserved forest area is in compliance with all the conditions that have been set by technical departments such as the Minerals and Geosciences Department, Environment Department, the Occupational Safety and Health Department as well as local authorities before and during the quarrying operation.

Furthermore, the conducting and approval of an Environmental Impact Assessment and Quarry Scheme Report are also mandatory before any quarrying activity commences.

Monitoring by JPNS and related agencies are also carried out to ensure that there is no violation of conditions or regulations.