Mahadi checking on damaged sand bags in Pintasan Segambut and Jalan Rahmat, which were replaced promptly on the same day on Sunday during his daily checks on such sites in the capital city. — Photo courtesy of DBKL

TAKING precaution against possible heavy rains at the end of the year that could lead to flash floods, Kuala Lumpur City Hall (DBKL) has requested waste contractor Alam Flora to carry out weekly cleaning of city drains at flood hotspots.

Currently, Alam Flora cleans drains once a month only.

Kuala Lumpur mayor Datuk Seri Mahadi Che Ngah said it was important for drain cleaning to be carried out every week or twice a week at the city’s 25 flood hotspots.

“Clogged drains are one of the main causes of flash floods and when it rains heavily, the drains are not able to contain surface runoff when they are filled with mud, sand and rubbish.

“We had a meeting recently with Alam Flora and SWCorp (Public Cleansing Management Corporation) and requested that the drains be cleaned regularly,” said Mahadi in an interview.

He said Alam Flora had to provide DBKL with a completion certificate and a map showing the areas it covered.

“This way, we not only have proof that work has been done, but if a flash flood were to happen there, we can rule out clogged drains as a reason and find out what the real problem is,” he said.

On the flash floods problem in the city, Mahadi said DBKL would continue with its 14 interim measures announced in April.

As for riverbanks, Mahadi said they would continue placing sandbags at the site for the time being until flood walls are built in the future.

He has been visiting such sites on a daily basis, with two of the recent visits made to Pintasan Segambut and Jalan Rahmat.

He added that the DBKL Public Service Delivery Team would continue to be on standby at flood-prone areas to take quick action when floods happen.

“Unlike Japan and Copenhagen in Denmark, which built underground storage system years ago, here we need to study to see if it is possible.

“It would take a lot of money as well, hence the study is important,” he said, adding that the system would be similar to the Smart Tunnel system. 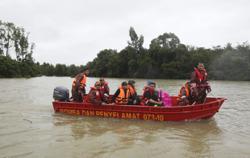 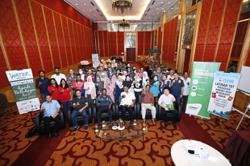