THE Langat 2 water treatment plant (WTP) project is delayed, the state assembly was told when an update on its progress was raised.

Infrastructure and public amenities, agriculture modernisation and agro-based industry committee chairman Izham Hashim said the actual progress of the treatment plant stood at 90.32% as of May this year.

The projected work schedule for it was to be 92.58% by that time, he added.

“Based on information given by Pengurusan Aset Air Berhad (PAAB), this means that there is a 2.26% delay (between actual and projected progress status) for the project.

“PAAB is the agency in charge of overseeing Langat 2 WTP and its distribution system, which is a federal project,” said Izham.

He was replying to Michelle Ng Mei Sze (PH-Subang Jaya), who asked about the progress of Langat 2 WTP project.

Although the plant was completed and activated since December 2019, he said its distribution system, which covered the west corridor and north corridor, was still under construction and would only be completed by the end of next year.

Currently, he said Air Selangor was able to distribute up to 400 MLD of treated water using the existing distribution system from Langat 2 WTP. 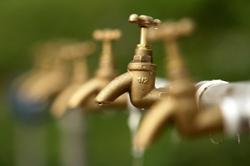 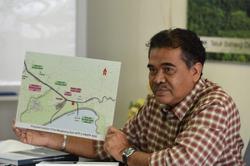