Over 29 tonnes of ewaste collected in Ipoh so far this year, says mayor 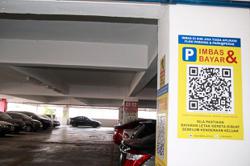 Some of the ewaste sent to the Rapat Setia night market site in Ipoh last month.

ABOUT 29.5 tonnes of electronic and electrical waste have been collected in Ipoh, Perak, as part of an ongoing statewide campaign this year.

Ipoh mayor Datuk Rumaizi Baharin said the ewaste from residents, business premises and community leaders was collected between May 21 and June 14.

The public can send their ewaste to any of the five locations on the third weekend of each month until Nov 30, from 8am to 1pm.

“The rest was collected by Edsha Solution, from private and business premises.

In April, Perak environment committee chairman Mohd Akmal Kamaruddin said the state hoped to collect between 400 and 500 tonnes of ewaste this year.

More than 300 tonnes were collected last year, which was the highest amount in the country.

Rumaizi said those who took part in the campaign could get cash tokens in exchange for their ewaste.

“Those who participate can be in the running for a lucky draw with prizes totalling up to RM10,000,” he said.

He added that used light bulbs or fluorescent tubes and batteries were not included in the list of ewaste items that could be exchanged for cash tokens. 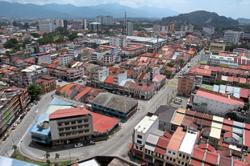 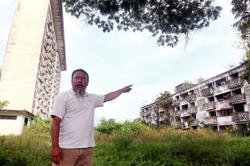