AS OF April 18, local councils in Selangor have converted a total of RM39,148 worth of unused parking coupons from the public into Smart Selangor Parking (SSP) credit.

“We thought the amount would be much higher, but not many have come in to convert their credit.

“We see that more people are using the SSP App and getting used to it,” he told StarMetro after announcing the Puchong Community Arts Festival 2022, which will be held on May 8 in Taman Wawasan, Puchong.

Ng added that the public could still exchange unused and valid coupons for SSP credit through the Smart Selangor credit exchange programme, as well as at local councils, by April 30.

It was decided that from April 1, all Selangor local councils were required to fully migrate from the paper-based coupon system to SSP.

Earlier, Ng said that as the nation was striving to get back on track following the Covid-19 pandemic, he hoped art and culture could be part of the reconstruction of the community's well-being.

“As such, we are bringing the community together for a celebration in conjunction with Mother's Day, inviting local residents to take part in a series of activities during the upcoming Puchong Community Arts Festival,” he added.

It will be held from 8am to 2pm on Sunday at Taman Wawasan Recreational Park.

There will also be a food market and photo exhibition.

The organisers hope to gather artists and cultural activists from Puchong and promote the event among local residents. 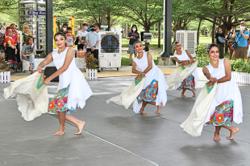 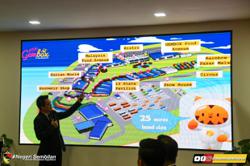