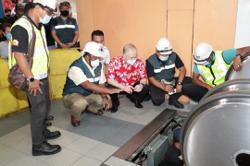 The lift at the Maharajalela monorail station is inoperative and fenced off by hoarding.

A majority of lifts and escalators at Kuala Lumpur’s monorail stations are inoperative and some have been so for years.

A check by StarMetro from the Maharajalela to Titiwangsa stations found that at least four had faulty escalators, while seven had non-functioning lifts.

From KL Sentral to Titiwangsa, there are 11 stations, which operate daily from 6am to midnight.

At Maharajelela, the escalator was found to be out of order while the lift was fenced off by hoarding with a note that said: “Work in progress”.

Alice Lim, 52, who travelled to work by train every day, complained about the construction materials placed on the pedestrian walkway. 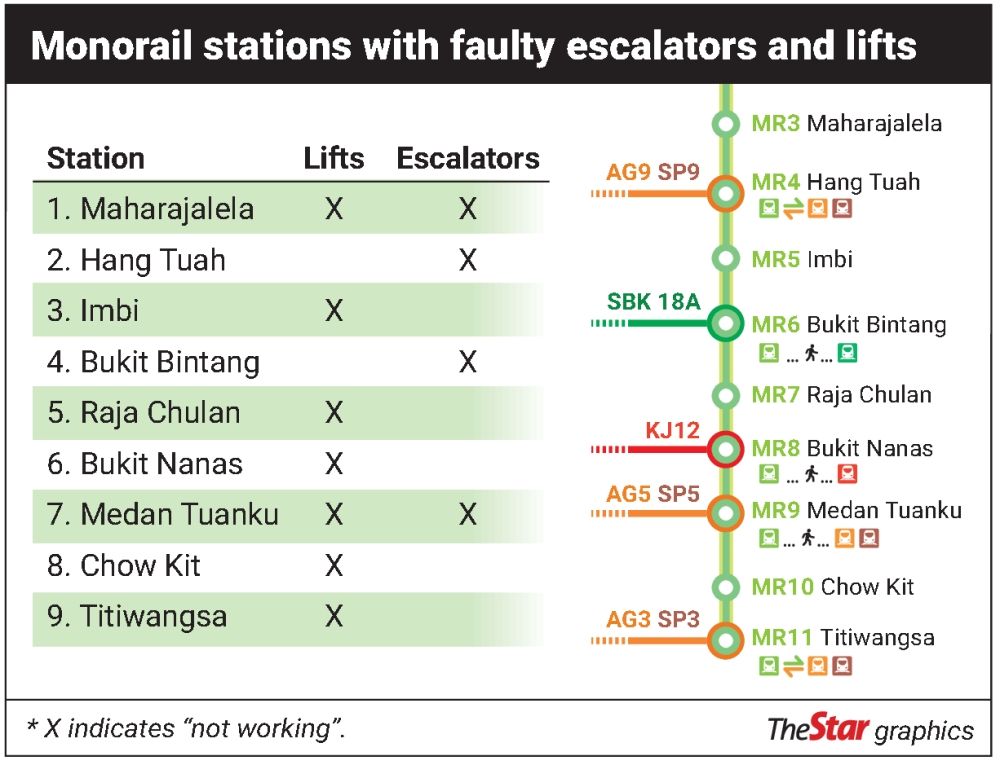 “The lane has become so narrow that only one person can traverse at a time.

“I often have to make way for people coming from the opposite direction,” she said, adding that the lifts and escalator had not been functioning for five years.

At the Bukit Bintang station, commuter Hamzah Muhamad, 65, lamented having to take the stairs to exit the station because of a faulty escalator and lift.

“It is very inconvenient for elderly folk.

“The stairs are also slippery during a downpour,” he said, adding he had been using the monorail almost daily since 2014.

He urged the monorail operator to repair the facilities immediately for the convenience of commuters.

“Proper short and long-term planning for maintenance is a must,” he said.

Mohammad Hakimi Karuzzaman, 22, who was going to Plaza Low Yat, said the broken lifts would inconvenience the disabled.

“They are part of our community and we should cater to their needs, too,” he said.

Another commuter, who wished to be known only as Shanti, raised concerns about pregnant women and those travelling with children.

“The state of these facilities reflect poorly on our public transportation system,” she said.

Rapid Rail Sdn Bhd, in a statement to StarMetro, said repair work had commenced and was expected to be completed within 18 months.

The rail operator said the Covid-19 pandemic had disrupted the supply of parts and items from abroad.

“A tender to upgrade and refurbish the facilities was awarded on Nov 23 last year.

“Power upgrading works by Tenaga Nasional Bhd at all stations are also underway.

“We assure that all works will be closely monitored to ensure they will be completed safely and on time.

“Passengers who need assistance to access the platforms can seek help from our auxiliary police or customer service assistants,” it said.

Meanwhile, at the pedestrian bridge in Jalan Ampang, the escalators were still inoperative, despite a report by StarMetro highlighting the issue on Oct 29, 2019. 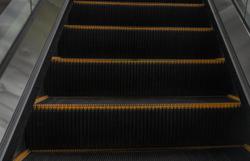 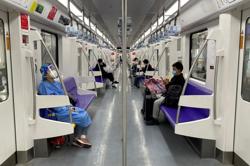