M.Mariappan 32, is kept busy supplying young coconuts for devotees at Batu Caves on Saturday despite the prohibition on engaging in the coconut-breaking ritual for this year's celebrations

WITHOUT the usual fanfare and carnival-like environment of the Thaipusam festival at Batu Caves in Selangor, this year’s quieter atmosphere is allowing devotees to truly appreciate the meaning behind the celebration that falls tomorrow.

With scaled-down versions of the festival being allowed to take place, devotees say they feel safe while fulfilling their vows despite the ongoing Covid-19 pandemic.

For Venod Ramesh, 33, the low-key celebration at the temple complex was a huge contrast to previous years, where almost a million people thronged the area over several days.

“Without the usual crowds, we could take our time to walk up the stairs with our paal kodam (milk pots) without being pushed.

“We were also not rushed while praying and could take in the prayers conducted by the temple priests,” he said on Saturday.

Venod said most people adhered to the standard operating procedures (SOP) set by the government, adding that the process was organised as volunteers advised visitors accordingly.

“We arrived here around 8am on Saturday morning and it was easy to collect our tags as we had pre-registered,” he said.

As part of the SOP announced by the government, only the carrying of paal kodam, prayer activities and chariot procession are allowed.

Carrying of the kavadi has been prohibited.

At Batu Caves, the temple management is providing tags, as per the rule, to allow only 6,000 devotees daily and only 500 individuals per prayer session.

The temples need to be sanitised after each session.

Jayalakshmi Subramaniam, 45, said while she missed the usual vibrance and noise of the festival, this was a safer way to show their devotion.

“At least we are still allowed to go to the temple.

“We can also watch the chariot procession as it will be streamed online.

“But I advised my elderly parents not to visit the temple during this time as they could be at higher risk of exposure to Covid-19.

“My family and I will not be visiting anyone else after our visit today, just to be on the safe side,” added Jayalakshmi.

Teenager N. Thilaga, 17, said she would miss the colourful and creative kavadi that is usually seen during Thaipusam.

“It is different without the traditional urumee melam (drums) and crowd at Batu Caves.

“Hopefully, we will be able to experience this next year,” said Thilaga.

During StarMetro’s visit to Batu Caves on Saturday, there was visible police and security personnel presence.

There were also no stalls set up inside the temple compound nor its surrounding areas, unlike celebrations in the previous years.

Selayang Municipal Council (MPS) said petty traders were not allowed to operate and temporary permits had not been issued for stall operators to sell food and drinks.

It was earlier reported that the Thaipusam celebration would start on Jan 16 with the silver chariot procession departing from the Sri Maha Mariamman Temple in Jalan Tun H.S. Lee starting at 10pm and its expected arrival at Batu Caves at 10am the next day.

The return procession from Batu Caves will start at 4pm on Jan 19 and arrive at the Sri Maha Mariamman temple late at night the same day.

Both processions involve only 70 members of the temple’s management.

The public is not allowed to attend. 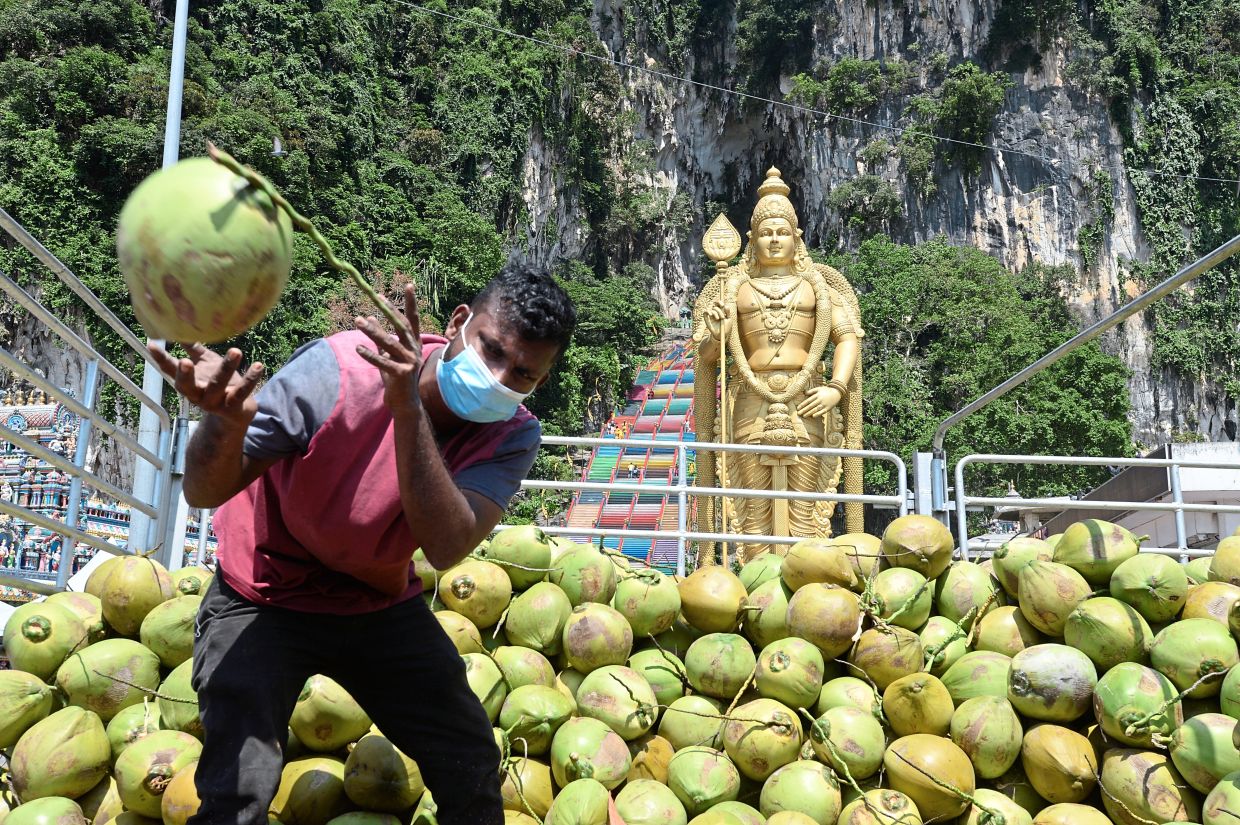 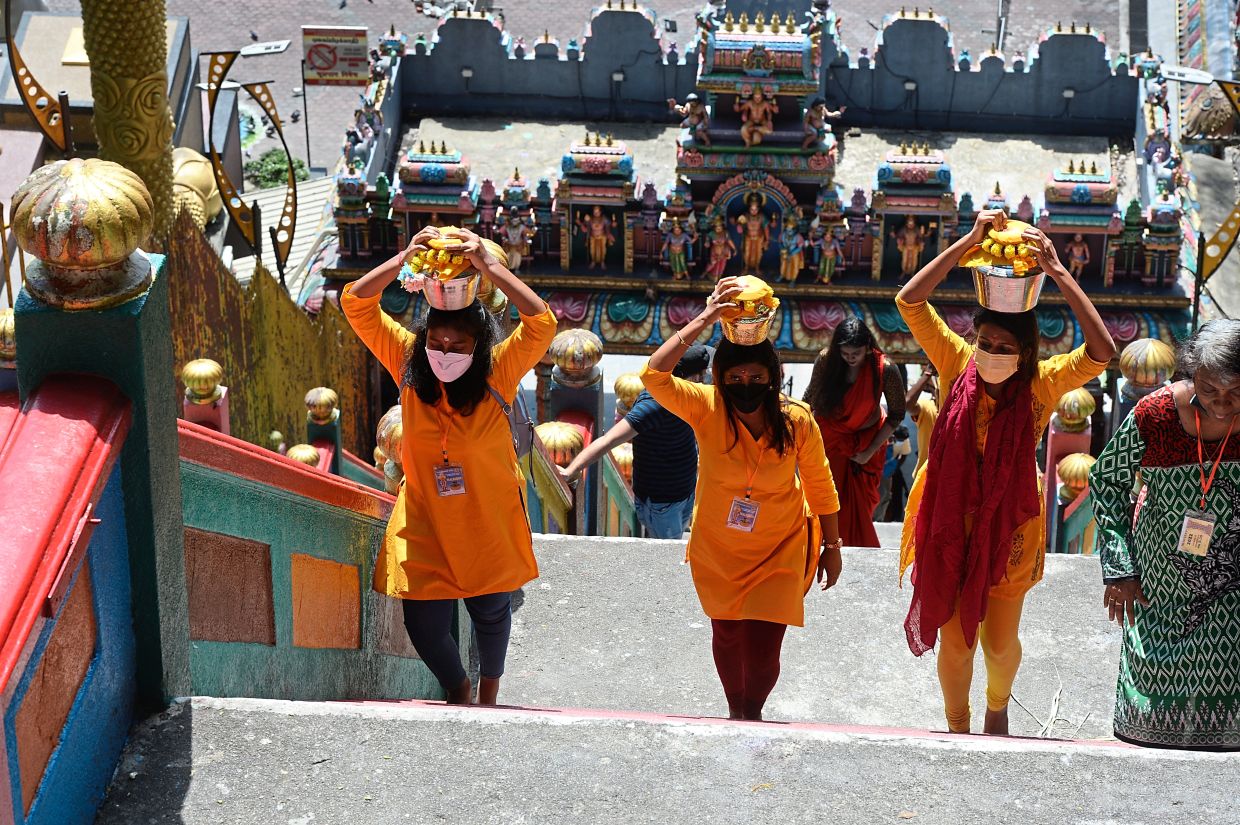 M.Mariappan 32, is kept busy supplying young coconuts for devotees at Batu Caves on Saturday despite the prohibition on engaging in the coconut-breaking ritual for this year's celebrations

Devotees who want to fulfil their vows by carrying milk pots at Batu Caves temple are required to pre-register and wear a tag as part of crowd control measures. — Photos: SS KANESAN/The Star

S. Latchumi, 70, climbing the Batu Caves stairs for the 17th year to fulfil her vows.