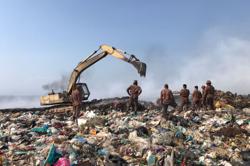 Performers delighting attendees with a number at the Pinang Peranakan Mansion.

Authored by Lilian Tong, Yeap Thean Eng, Joshua Tan and Jewel Tan, it celebrates the life and accomplishments of the wealthy overseas Chinese philanthropist and tin magnate, who lived from 1821 to 1901.

Kapitan China Chung Keng Kwee’s Bicentennial will be published only in March 2022, but many got a glimpse of its cover during a Tin Miner’s Ball at the mansion on Friday, attended by Chief Minister Chow Kon Yeow.

Tong said Chung was the mansion’s original owner. Built in the 1890s, it served as his base of operations and was known as ‘Hai Kee Chan’, which means ‘Sea Remembrance Hall’.

“The Kapitan China was so wealthy that he could afford the best craftsmen and materials. It is one of the most beautiful places in Penang today. 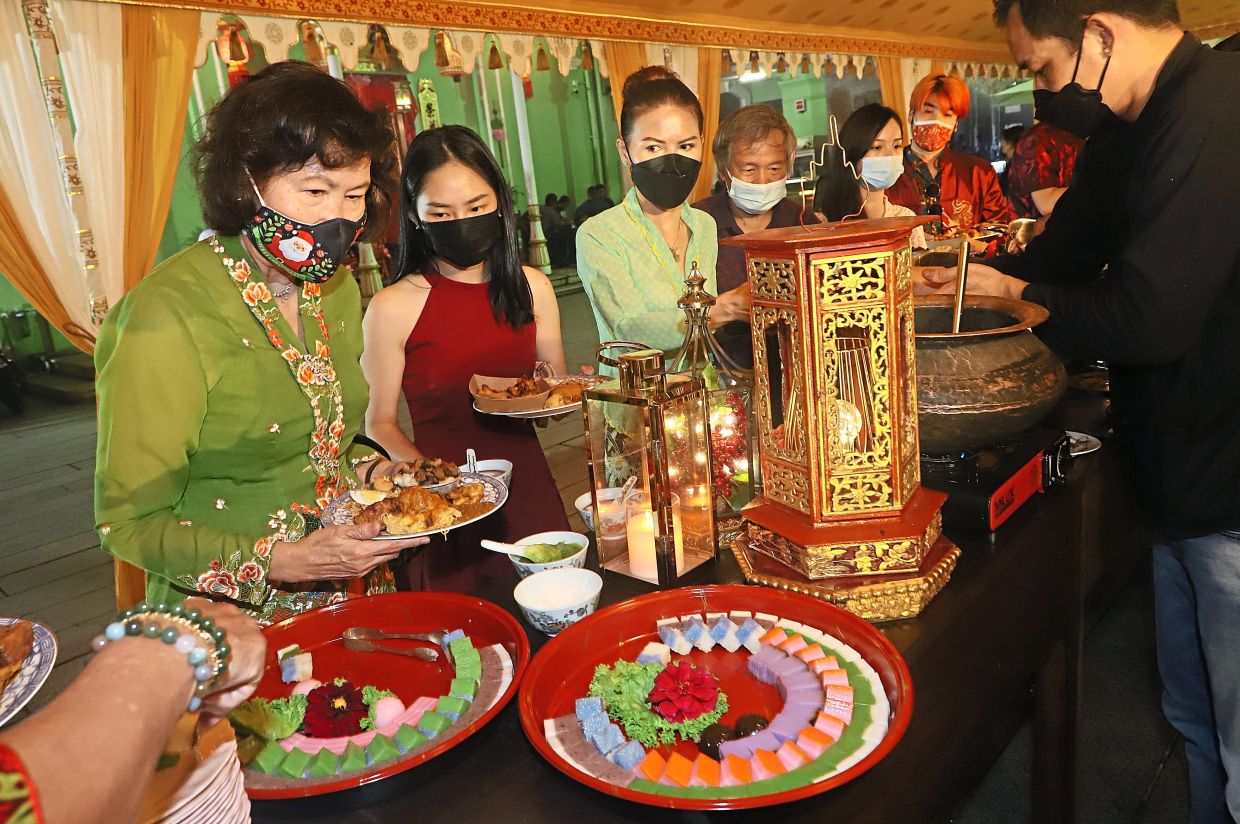 Guests helping themselves to the buffet of Nyonya delicacies.

“Chung went from peasant to tycoon and philanthropist. At one point, he was one of the largest tin producers in the world, controlling 60% of the world’s supply.

“Today, his successes are recognised in both his homeland and adopted homeland,” added Tong, who is also the association’s president and mansion’s museum director.

Chow described Chung as a giant of his era, being an inspiring entrepreneur, charismatic community leader, successful businessman and generous philanthropist. Guests chatting with Chinese Opera performers at the event.

“His imprints are still very much felt in Penang 120 years after his passing. He built and donated what is today Lebuh Keng Kwee and Lebuh Ah Quee to the municipality.

“He generously donated funds to the Kek Lok Si Temple, Kwangtung and Teochew Cemeteries, as well as the King Street Fude Ci Dabo Gong Temple to benefit Chinese immigrants during those very trying times in the past.

“These historic properties have witnessed the highs and lows of Chung’s life. At the age of 52, he faced a difficult period in his life when the Fourth Larut War took place in 1873. 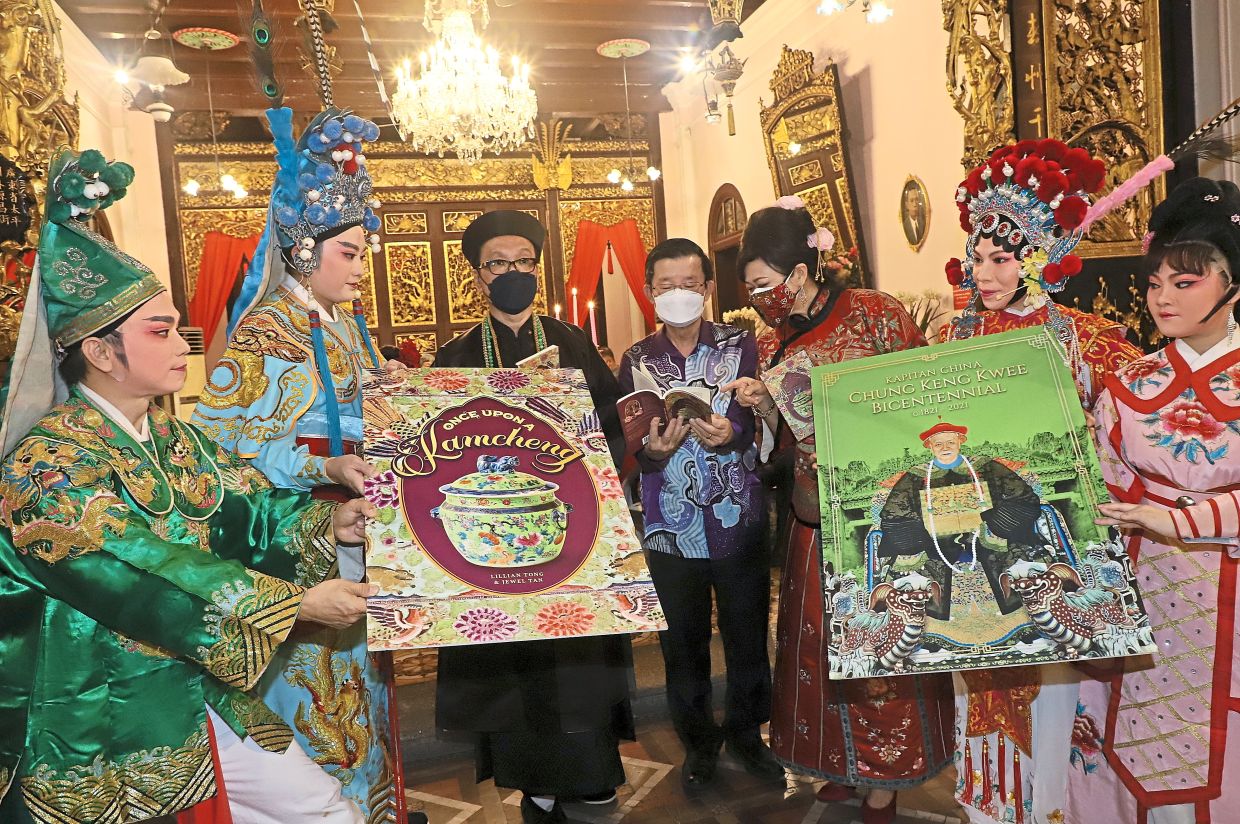 Chow (in purple batik shirt) browsing through the book flanked by Soon (third left) and Tong while members of the Chinese Opera troupe hold up poster covers of the ‘Once Upon A Kamcheng’ and ‘Kapitan China Chung Keng Kwee’s Bicentennial’ books at Pinang Peranakan Mansion in George Town. — LIM BENG TATT/The Star

“Intense business rivalry and fighting for the lucrative Larut mining rights and territories badly affected him.

“He lost everything by the end of it and famously remarked ‘banyak rugi’ when asked by biographers to sum up how he felt.

“Undaunted, he worked hard to rebuild his business empire. He never gave up and never despaired.

“All of us in Penang or Malaysia who are now facing economic hardship due to the pandemic, can be inspired by how Chung overcame his difficulties and detractors.

“A keen survival instinct, strong willingness to work hard and smart, as well as a can do spirit, will enable us to cross the tide no mattter how heavily the odds are stacked against us,” Chow shared in his speech. 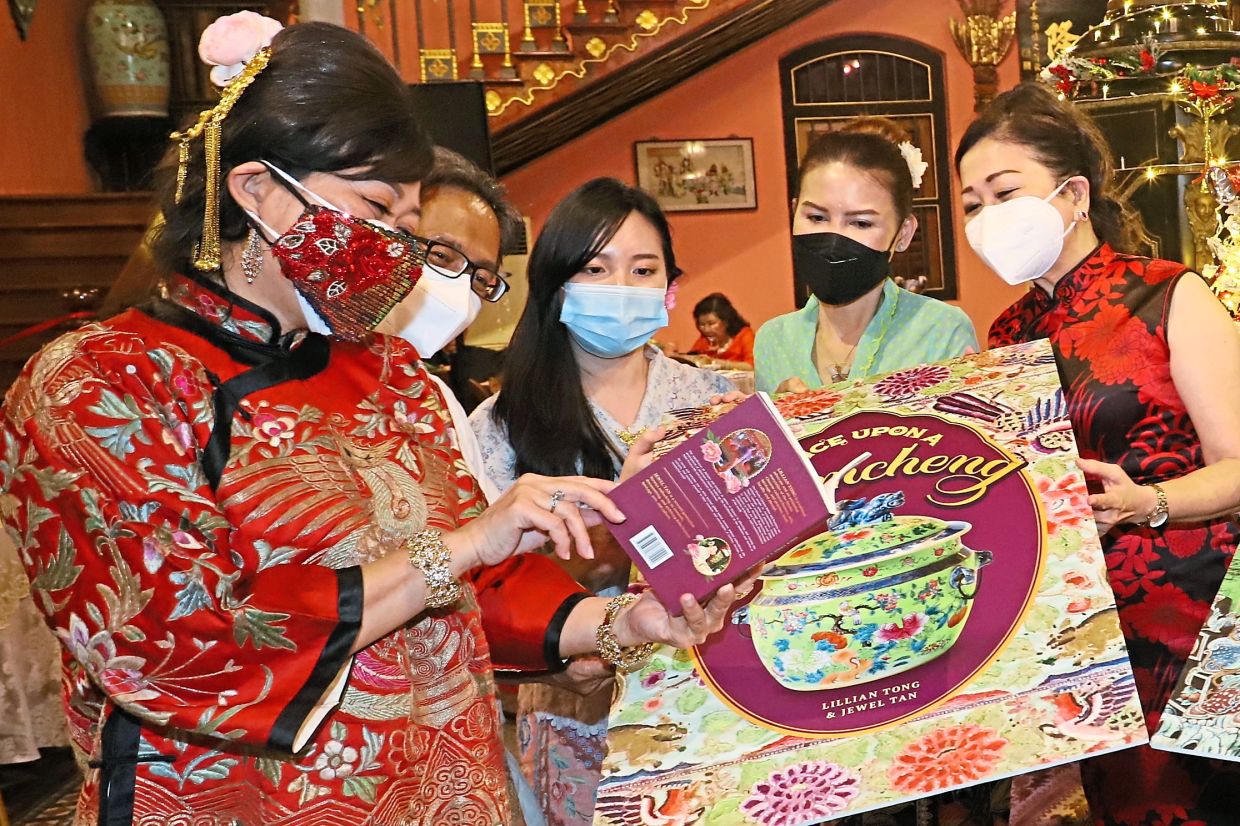 Tong (left) showing the ‘Once Upon A Kamcheng’ book to guests at the Tin Miner’s Ball.

The ball also saw the belated launch of Once Upon A Kamcheng, an anthology of 13 Penang Baba Nyonya memoirs, biographies and collected stories by seven contributing writers, including Tong.It was first published in December last year and sold out within a month. A second edition was published in March 2021, but the Covid-19 situation prevented a formal launch until now.

Tong said the aim of publishing these stories is to document and archive the culture and history of the Straits Chinese during the 19th to mid-20th centuries, before they are forgotten and lost.

Guests at the ball were treated to a Chinese Opera performance, before helping themselves to a buffet of tasty Nyonya delicacies.

The ball was part of a two-month series of events in Penang and Perak marking the bicentennial. 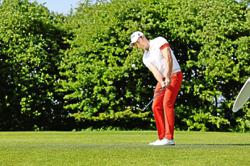 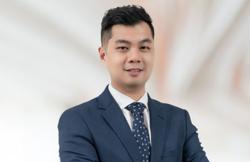