Planning for wet and dry spells

A view of the high water level of over 90% at the Mengkuang Dam on mainland Penang. – ZHAFARAN NASIB and LIM BENG TATT/The Star

THE public have been reassured that the water at the dams would not overflow into the nearby houses even if the dams reach full capacity as an effective mechanism has been put in place to prevent such incident.

Penang Water Supply Corporation (PBAPP) said water from both the Ayer Itam and Teluk Bahang dams would be released to the treatment plants when the capacity hit 90%.

Its chief executive officer Datuk Jaseni Maidinsa said this standard operating procedure (SOP) had been operating like ‘clockwork’ during the monsoon season.

“There should be no fear of overflowing water from the main dams on the island as the SOP is in place to prevent such eventualities.

“This ‘balancing act’ of water management has already been in place since September.

“When the water capacity reaches 90%, the mechanism will be triggered, and the water will be released to the treatment plants on the island.

“During this period, the production at the Sungai Dua treatment plant on the mainland, which supplies 80% of water to the state, will be reduced. 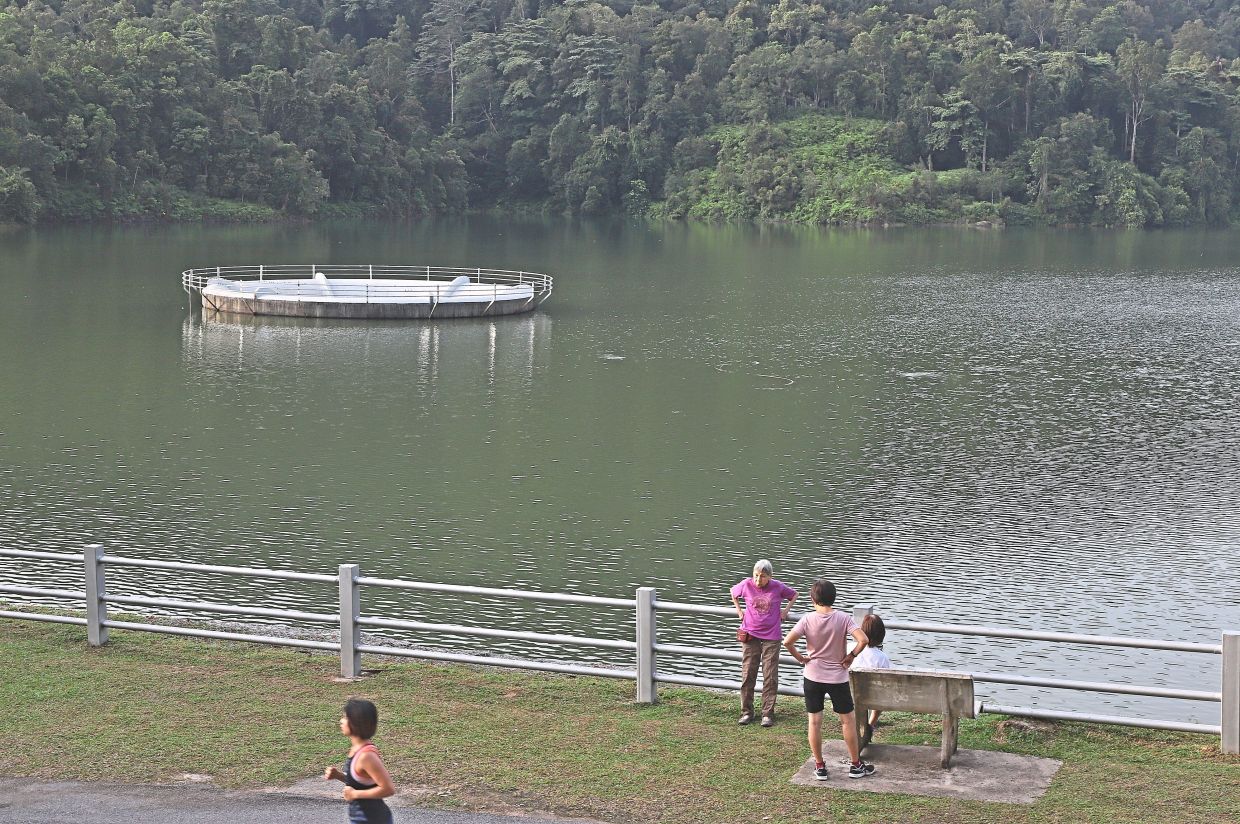 Visitors relaxing and exercising at the Ayer Itam Dam in Penang.

“The water from the treatment plant is channelled via three twin submarine pipes to the island,” he said.

The northeast monsoon, which is expected to see four to six episodes of heavy rainfall with possible floodings, started early this month.

Jaseni said in the past, there were incidents where Sungai Muda Dam in Kedah had overflowed and flooded nearby villages.

“We do not want to let the water reach over 100% here, like what happened in Sungai Muda Dam that overflowed and flooded nearby villages.

“The planning is done before the monsoon season as it enables us to prepare for downpours like last Friday where the state was hit with incessant rain for two days.

“After this period, we will start our planning for the dry season starting from mid-December until February.

“It is a two-pronged management strategy - to prevent overflowing of dams and to maximise dam capacities at 98% by Christmas before the dry season hits,” he said.

On the third set of the Penang Twin Submarine Pipelines (PTSP) which began operation early this year, Jaseni said it had been delivering up to 315 million litres of treated water per day from the mainland to the island.

“With the third PTSP, the corporation has the option to further minimise drawdowns from the Ayer Itam and Teluk Bahang dams daily during dry seasons.

“It is to prolong the reserves of both dams until the rain comes and fill them up from September to December yearly,” he said.