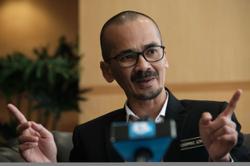 A VIDEO of a man being told off by an officer manning the Putrajaya Command Centre (PCC) for littering in the administrative capital has gone viral.

The man, who was seen parked by the lakeside of Precinct 4, had exited his vehicle with a drinking cup and proceeded to place it by the roadside.

As the man was getting back into his car, an announcement was made from a speaker nearby.

The announcement said: “Announcement from Putrajaya Command Centre. To the man in the red shirt, make sure you pick up the drinking cup before you leave the area. Together, we take care of the cleanliness and sustainability of Putrajaya. Thank you for your cooperation.”

The man got out of his car, picked up the drinking cup and raised his hand, in what appeared to be an apologetic gesture and went back into the car.

The video was uploaded by Putrajaya Corporation on its Facebook page, which garnered positive feedback from social media users for the smart technologies used in governance.

The PCC, which is located at Kompleks Perbadanan Putrajaya in Precinct 3, is an integrated operation centre that monitors the city’s safety, security, traffic flow, IT infrastructure and environmental sensors, round-the-clock, since 2004.

The centre was upgraded with the latest technologies in August 2018. 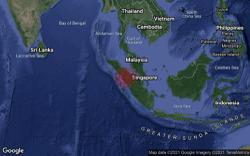