On its way towards sustainability Government buildings with unique architecture are part of the city’s identity, such as these four structures in a row, known as the ‘four pillars’, beside Putrajaya Lake.

PUTRAJAYA — the Malaysian administrative capital — is on a journey towards sustainability and enhancing the city as a tourist destination.

The Covid-19 pandemic may have disrupted many planned events to commemorate its silver jubilee milestone, which fell on Aug 29 last year, but the city’s achievements speak for themselves.

“All ministries and government departments that were previously located in Kuala Lumpur had moved to Putrajaya, except for the Defence Ministry, International Trade and Industry Ministry and Public Works Department.

“There are plenty of green spaces — which is 40% of the 4,931ha city — for outdoor activities, and the Putrajaya Lake serves as a spot for water-based activities.

“Putrajaya is also a hotspot for national and international events with a record of between 120 and 250 events annually,” he added.

The next phase, Muhammad Azmi said, would focus on improving administrative efficiency within PPj, besides the environment, tourism, lifestyle of the city’s residents as well as sustainability and service delivery, as stipulated in the Putrajaya Strategic Plan 2021-2025.

He said the city, with a population of 120,000 people comprising mostly civil servants and their families, was targeted to increase up to 350,000 people in the next 25 years while injecting more diversity.

“A dynamic population translates to better purchasing power that will further contribute to the city’s growth.

“Therefore, we need to highlight Putrajaya’s greatness and offerings while attracting more people to make this city their home.

“We are also striving to carve a name for Putrajaya as a world-class, sustainable administrative capital, and we have rolled out many smart and green initiatives over the past years,” he said.

PPj has kicked off many green initiatives in its pursuit of a targeted reduction in carbon emissions, which it aims to achieve by 2025. The Putrajaya Command Centre has been instrumental in the governance of the administrative capital, especially since the start of the movement control order to monitor safety and security.

Muhammad Azmi said the organisation implemented low-carbon initiatives, in line with the Sustainable Development Goals promoted by the United Nations, in preparation for Putrajaya Green City 2025.

“The pandemic has not dampened our green efforts, including those that involve the community.

“For example, we have been conducting energy management training online.

“We want the people to embrace a green lifestyle,” he said.

“Work is underway for the improvement of pedestrian walkways, bicycle lanes, the installation of bicycle access ramps at two Putrajaya bridges, retrofitting and installation of energy-saving lamps and the full operation of a new recycling innovation facility.

“Other than that, special education materials on green practices and a climate change adaptation programme for primary school children such as the Putrajaya Green Folio book and the Putrajaya Children Eco Stories series have been produced under the GreenROSE@Putrajaya Programme.

“For the adult and senior citizen groups, there is the CAREton@Putrajaya programme, which is based on the concept of circular economy.

“The programme aims to reduce solid waste such as used beverage cartons (UBC) and further develop green technology products based on UBC.”

He said that since 2012, the city had also maintained its sustainable city status, based on the Murninet (Malaysian Urban Indicators Network) Sustainable City Index.

Last year was the second time Putrajaya came in third in the Murninet city/municipality category from over 100 local authorities that took part, he added.

Seven bases are referred to in the city’s smart initiatives, namely transportation and mobility; home and environment; government services; smart infrastructure and utilities; safety and security; economy; and community.

Despite the Covid-19 pandemic, about half of the targets in the Putrajaya Smart City 2020 Blueprint were successfully implemented by the end of last year, said Muhammad Azmi. Muhamad Azmi says PPj is shifting its focus to implement more green and smart initiatives, while promoting tourism.He noted that the most successful initiative was the government services with over 90% completion in moving governance-related matters onto a digital platform. “A notable achievement was the award-winning One-Stop Centre 3.0 Monitoring System, which enables all processes involving the issuance of development orders to be done digitally.

“The Putrajaya Command Centre (PCC) run by PPj is another thing we take pride in.

“Being a safety control centre, it is also used by the police, Hospital Putrajaya, Putrajaya Fire and Rescue Department and the Putrajaya Civil Defence Force to monitor safety, emergency response and traffic control, among others.

“It has been very useful, especially since the start of the movement control order, and has been in operation round the clock,” he said.

Muhammad Azmi highlighted that last year alone, over 60km of fibre-optic cables were added to the city’s network.

These, he elaborated, would be connected to closed-circuit television (CCTV) cameras and panic buttons that would be installed at strategic spots within the city, as well as the PCC and other agencies.

“Usage of Intelligent Video Analytics, which automatically alerts the PCC of any danger, will be widened.

“Since last year, PCC staff had started disseminating information via push notifications on the Putrajaya mobile app and Centralised Electronic Bulletin Board,” he said.

In collaboration with Malaysian Communications and Multimedia Commission (MCMC) and Telekom Malaysia, PPj has developed Distributed Radio Access Network in multiple sites to increase mobile network quality to up to 100Mbps by 2022 and improve connectivity.

In addition, 5G network and services, set up in collaboration with Digital Nasional Bhd, will be ready by 2022.

Putrajaya is also recognised as one of the cleanest cities in the region, having earned the Asean Clean Tourist City Standard award twice, in 2018-2020 and 2020-2022.

Vying for the award for the third time next year, Muhammad Azmi said PPj was hopeful that the city would continue to receive the recognition.

He said the award was given to South-East Asian cities that emphasised on beautifying public places, improving its environment and waste management, maintaining sustainability and enhancing tourists’ experience, among others.

There were seven indicators weighed in for the award, he said, namely environmental management, cleanliness, waste management, promotion of civic awareness, green spaces, safety and tourism.

“Receiving the international award again will definitely strengthen the city’s name as one of the sustainable cities in the world and a tourist destination of choice,” said Muhammad Azmi.

Recreation and leisureWhile Putrajaya has a lot of water bodies, greenery and beautiful architecture, it is still facing challenges in terms of tourists.

Muhammad Azmi said tourists were defined as visitors who stayed in the city for at least one night.

“The city welcomed many visitors during the pre-pandemic days, but not tourists.

“We want to change that. So our tourism products need to be intensified and diversified, to suit their tastes.

He added, “One way of putting Putrajaya on the map is by hosting national and international events. That will inadvertently promote our beautiful lake, parks and iconic buildings, which in turn will boost the local economy and attract the locals.”

Muhammad Azmi said besides an 18km bicycle lane that was being tested on the roads, PPj also had 10 other routes for leisure cyclists to explore, three of which were categorised as scenic paths.

“These scenic trails are non-strenuous, perfect for families and people of all ages, with a majority of the route passing the Putrajaya promenade.

“These trails will be complemented by 12 pit stops, including a main one at PitStop@Floria for rest and toilet breaks, as well as directional signage to plan the ride,” he added. 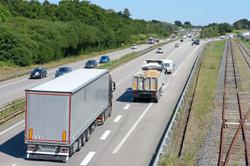