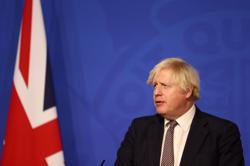 ALTHOUGH certain restrictions due to the Covid-19 pandemic continue, many people have adapted and carved out some normality for themselves.

Despite the persisting gloom cast by this pandemic, a number of positive things have emerged from the situation.

StarMetro lists 10 of them.

Staying home for the unusually long duration has led to an increasing bond between family members.

Chitra Devi Ragunathan, 59, and her son Michael Wong Yin Kuen, 34, said that although their family was already tight-knit, being in each other’s presence for longer periods had brought them even closer. 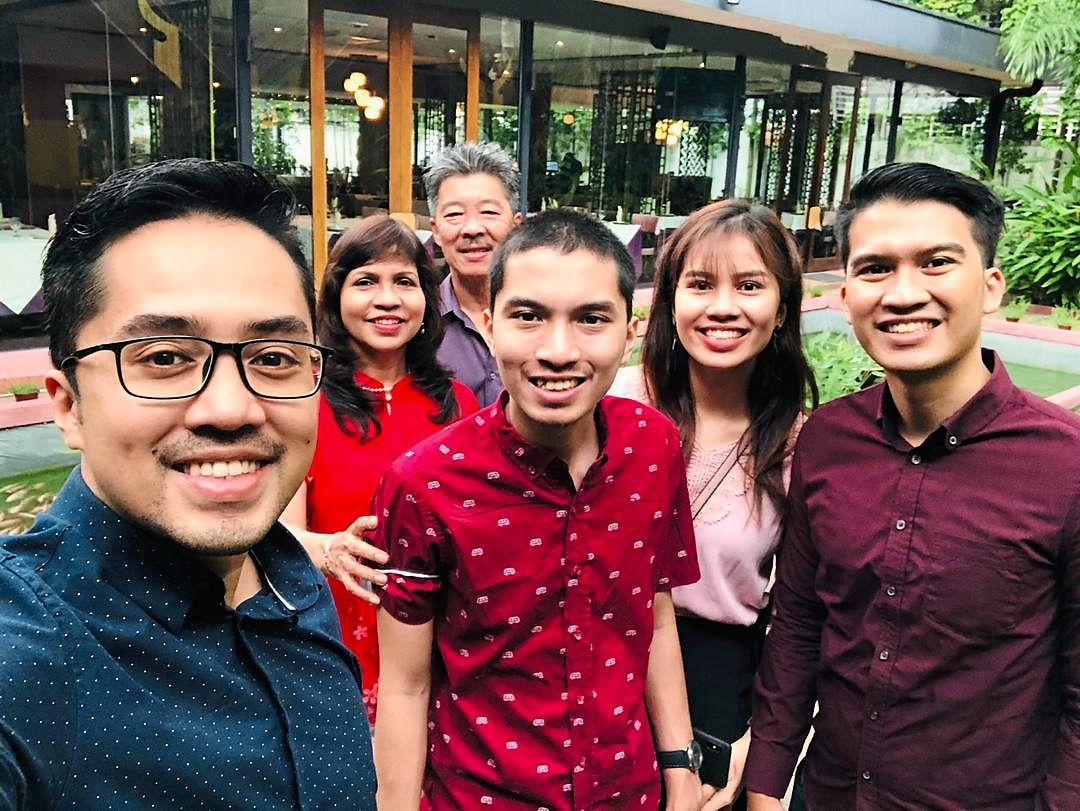 Yin Kuen (first from left) and Chitra (second from left) say their family bond has strengthened from being housebound. This picture was taken during an outing in December 2019.

Chitra shared that prior to the pandemic, her family spent less time with one another as each had their own busy social lives.

“Being at home because of the movement control order (MCO) has pushed us to do more activities together as a family.

“As most of us are working from home now, we make it a point to have meals together and scheduled movie nights,” she said.

The university lecturer said her eldest son (Wong) enjoyed baking and would involve his siblings in baking cakes or pastries over the weekend.

Wong, a business development manager, said that trips to the cinemas prior to the pandemic had been swapped out with movie nights at home for now, while dining in their favourite restaurants was replaced with food delivery.

Proving distance does make the heart grow fonder, engineer Silas Bong Jia Leh and his family have been in closer communication since they are separated from one another due to travel restrictions amid the pandemic. 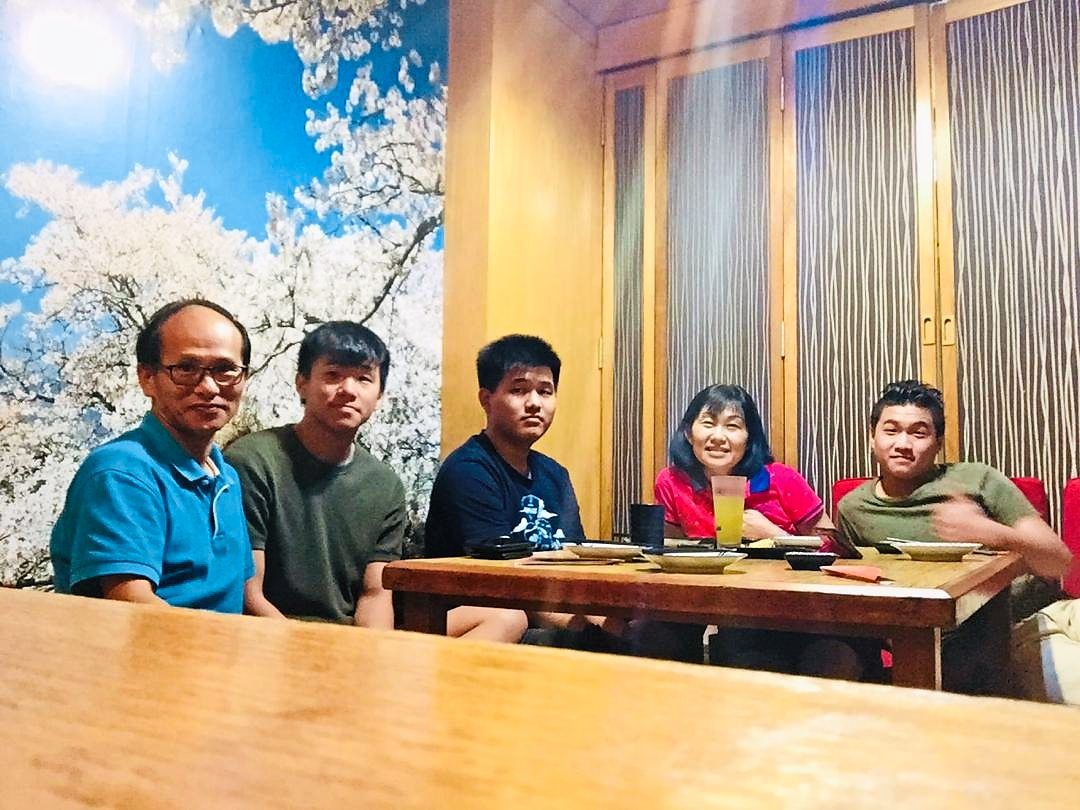 Bong (second from left) with his family when he was home in Sarawak in December 2019.

He is currently in Penang while a brother works in Selangor and the rest of their family, including their parents, live in Sarawak.

“As we haven’t been able to gather in person as a family, we make it a point to have a video call at least twice a week to keep in touch.”

He said it also helped that they could attend the virtual church service together on Sundays.

The MCO has definitely brought out the best in Malaysians. Many use their time to give back to society. Siti Sallwah, 55, said it had been a wonderful experience and they could play a role in expediting the vaccination process in Malaysia.

“Volunteering alongside my daughter has strengthened our relationship,” said the credit and financial services officer.

Fatima said the experience was fulfilling as it allowed her to actively make a positive difference for society.

“It was also an opportunity to polish my soft skills,” she added.

In October last year, Yeong Wei Ching was looking for something creative to gift her boyfriend but did not want to purchase something ready-made.

As she was sourcing for something suitable, she came across a Daruma doll embroidery kit and decided to give it a try. 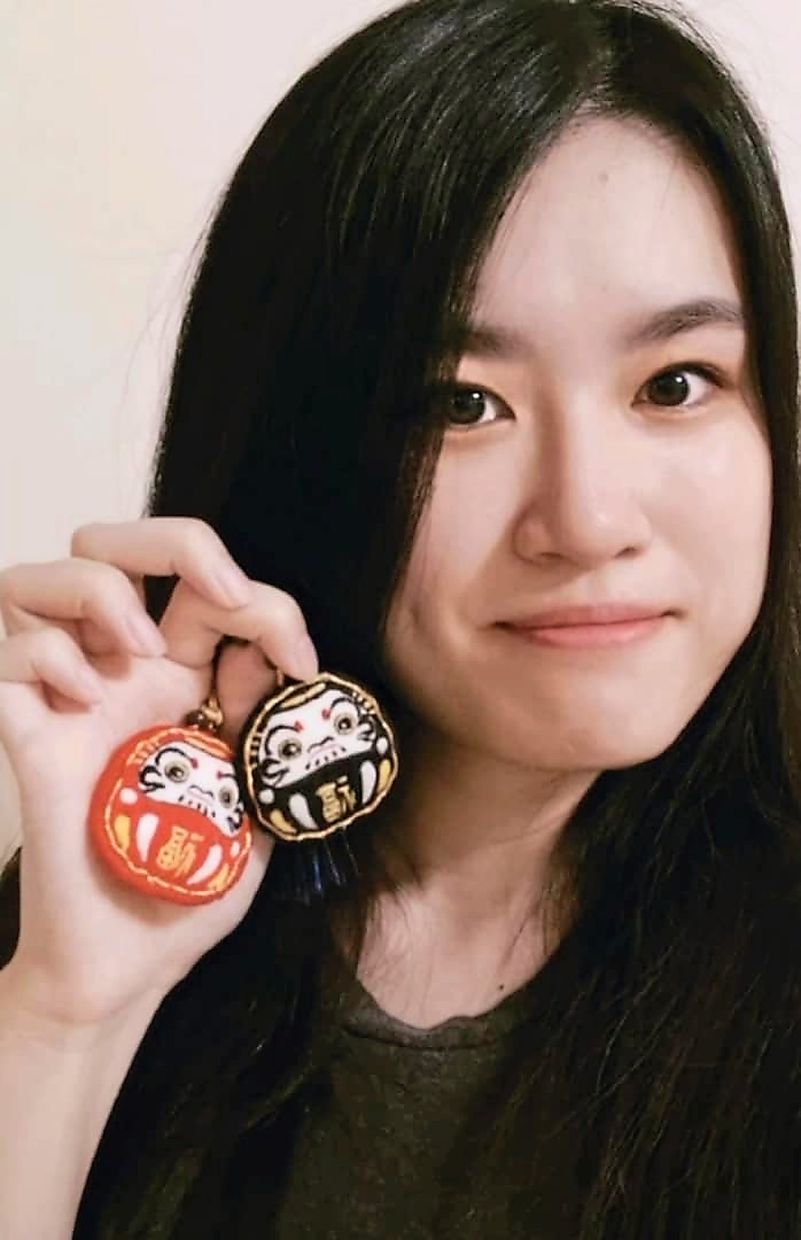 “I learned how to embroider via a tutorial video that came together with the kit,” said the 23-year-old.

She took several months to finish her first piece, which she presented to her boyfriend as a Christmas gift.

“I plan to continue doing embroidery and challenge myself with something of a higher difficulty,” said Yeong.

For Mohd Shaiful Abu Bakar, the pandemic saw him shift from creating photography and videography content on YouTube to building an aquarium.

“I have been unable to go out for photoshoots because of the MCO, and this left me with a lack of content for my vlog.”

Time on his hands coupled with his love of watching fish in an aquarium prompted him to build his own tank at the start of the MCO last year. 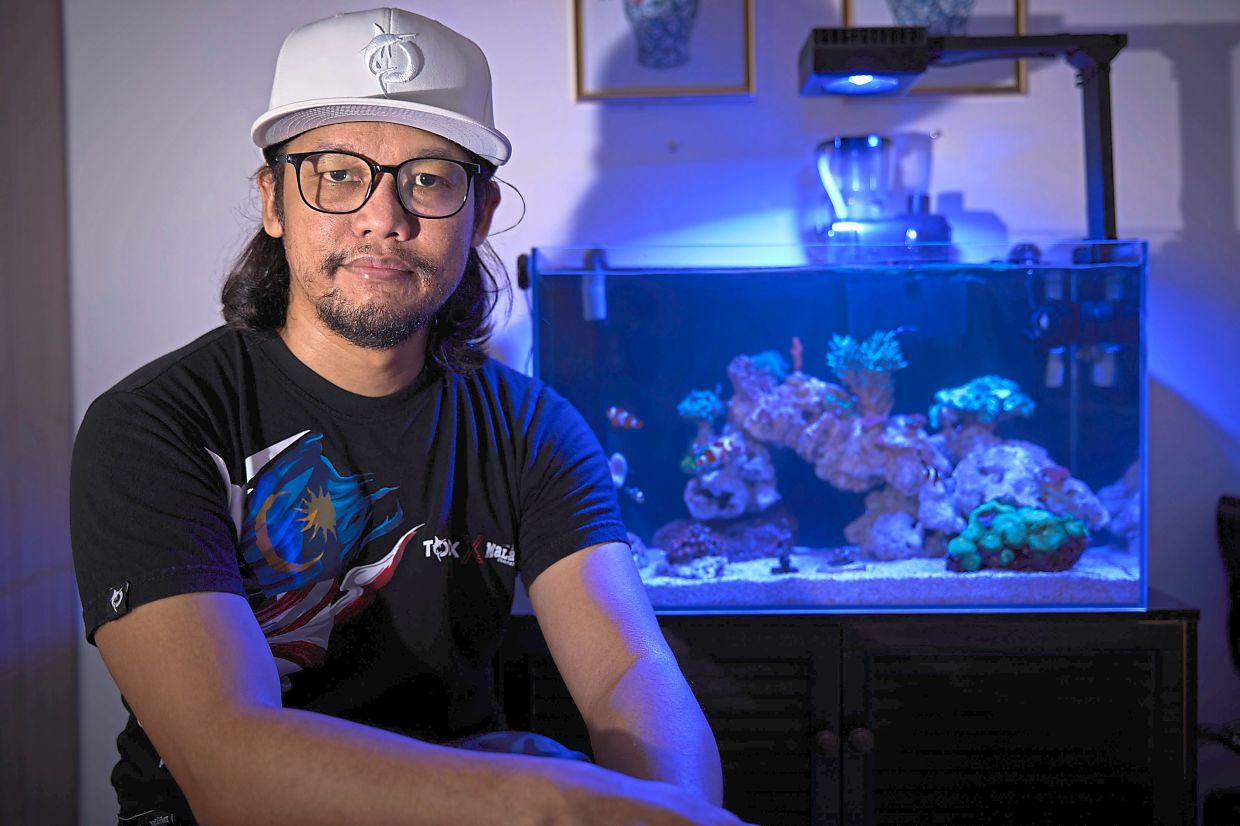 Shaiful in front of the aquarium he built.

“I began with a freshwater tank holding two goldfish. Then I upgraded its size but the fish died when a water pump malfunctioned,” he said.

Shaiful decided to challenge himself further, so he built a saltwater tank last month.

“My wife was keen on the project too, so we researched ways to make the idea a reality, including learning about coral and fish behaviour, making saltwater and calculating seawater parameters,” said the camera specialist based in Kuala Lumpur.

“I have already started thinking of my next tank upgrade, but this will be on hold until I am able to save up more,” he added.

With their busy work schedules suddenly clearing up, some people returned to their abandoned hobbies.

Among them is Mohammad Nasrul Faiz, who reacquainted himself with assembling Gundam kits during the MCO. Nasrul with the Gundam models he assembled this year.

The full-time strength coach based in Kuching, Sarawak, said it had been his hobby for a long time when he was younger.

“Assembling Gundam kits is therapeutic to me. I spend at least an hour a day on it,” he said.

For Sheikh Muhammad Azriff Sheikh Azmi, the MCO during this pandemic period has enabled him to indulge in drawing again. 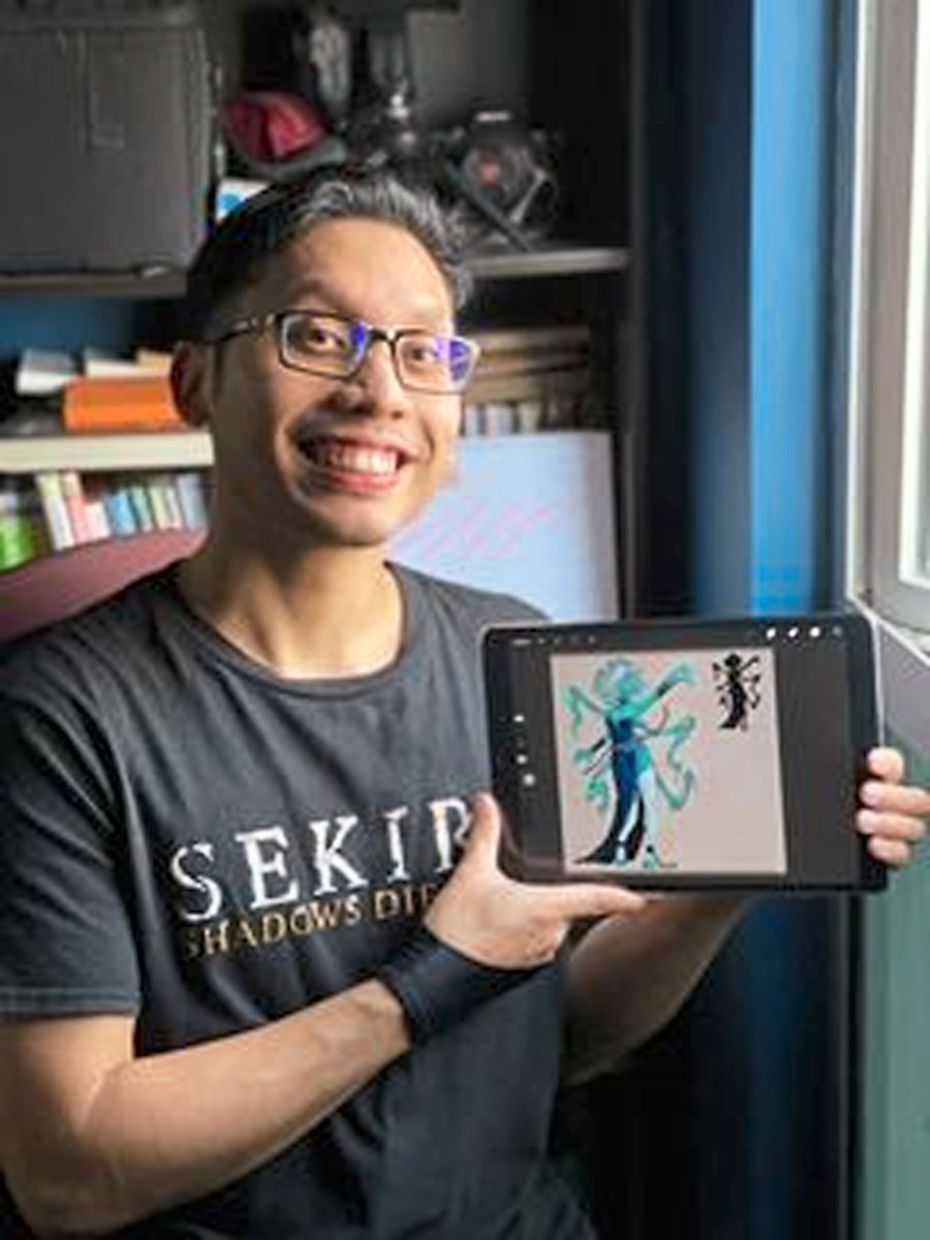 “Working from home currently gives me ample time to draw. And it has fired up my desire to get into the arts industry.

“I attended several online courses on drawing,” said the 32-year-old from Bukit Jalil, Kuala Lumpur, who has created an Instagram page (@biffdrawsart) to sell his art.

Fitness enthusiasts have sought ways to keep up their active lifestyle amid limitations posed by the MCO.

Edward Jiun Jr picked up hiking last year as a way to maintain his physical fitness during this period because gyms were closed but the outdoor activity was allowed. 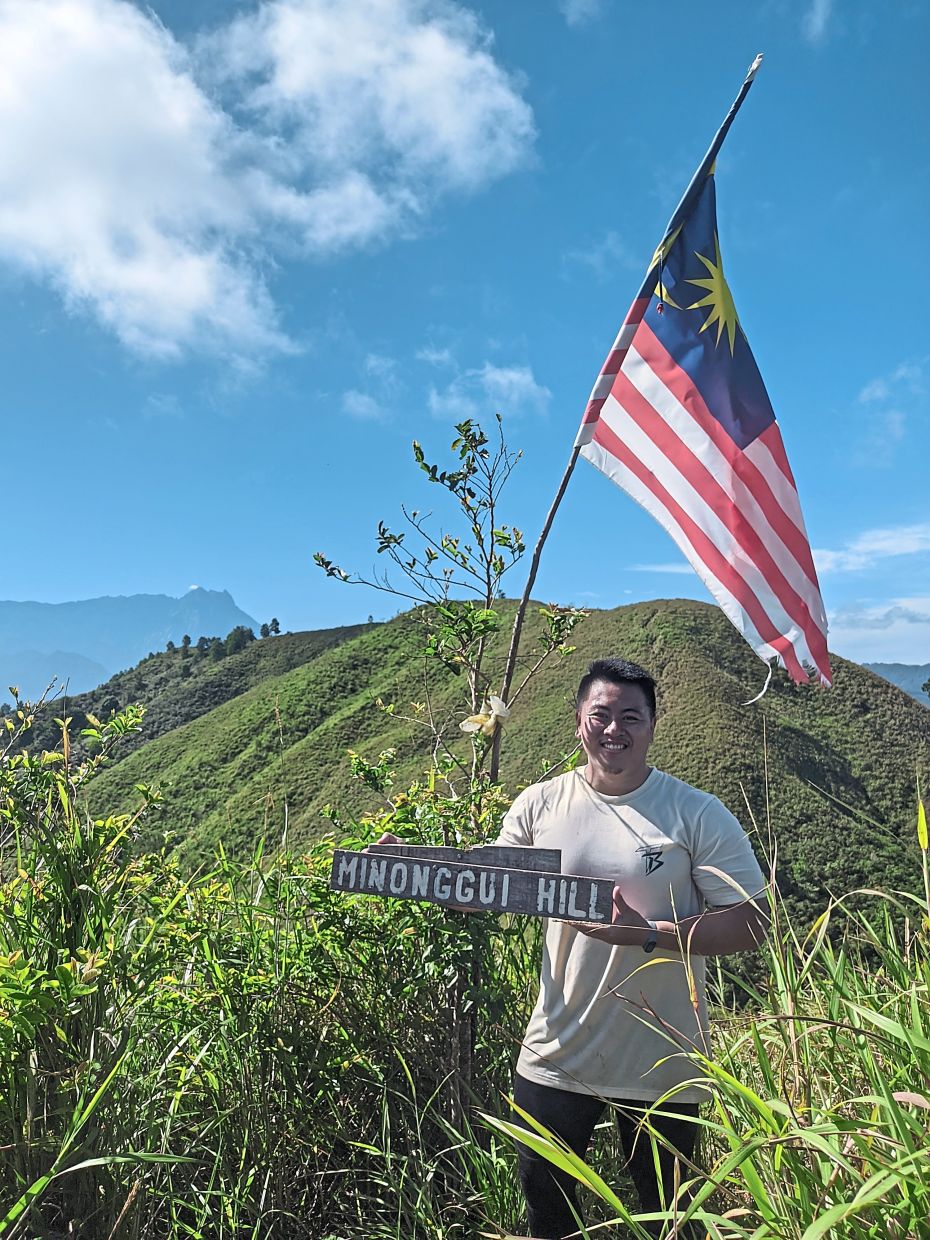 Jiun started hiking during the MCO to keep active and maintain his weight.

“I started hiking to prevent weight gain caused by sedentary living during MCO.

“When inter-district travel restrictions were lifted in Sabah, I began hiking more frequently at nearby hills,” said the 27-year-old personal trainer in Kota Kinabalu, Sabah.

James Tho, 29, said he invested in home gym equipment to keep active when movement restrictions were imposed nationwide. 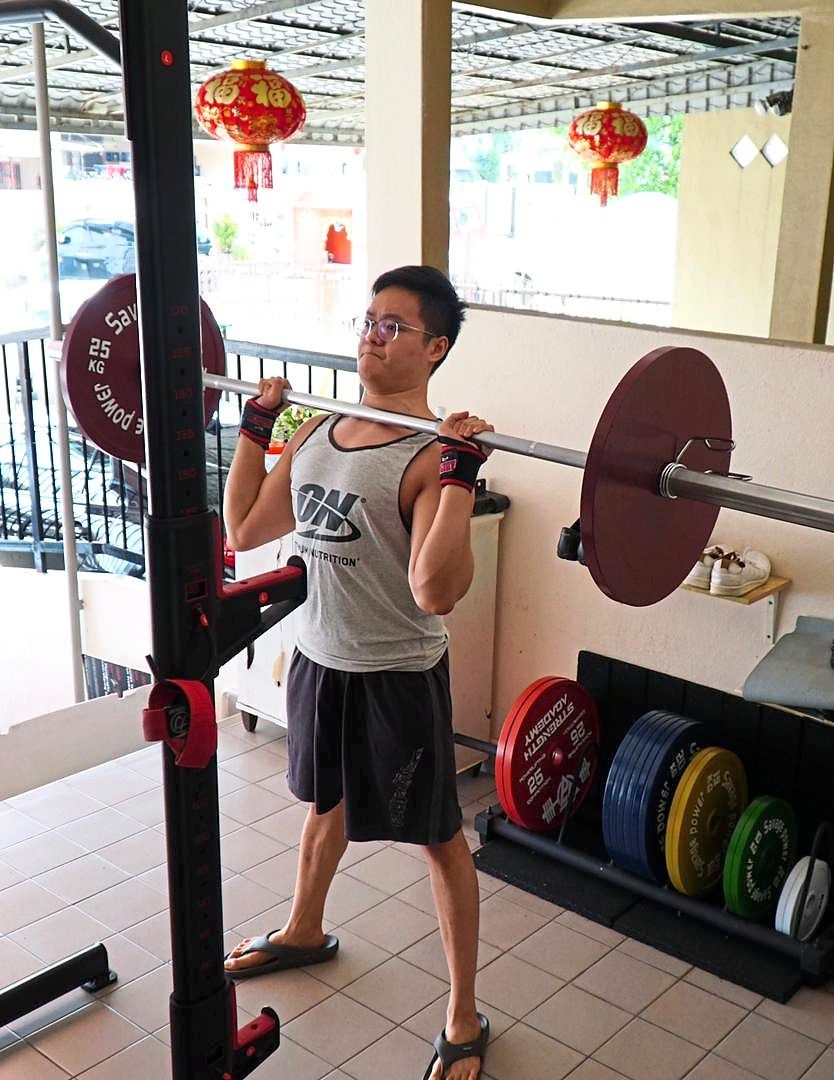 “It was during this period that I realised how much exercising kept me in a positive mental state despite everything else going on,” said the supervisor at an electronics company.

The MCO has also seen many businesses adopting new ways of doing things.

A prime example is TheMorningBrewMY, a cold brew business that was slated to be launched earlier this year. 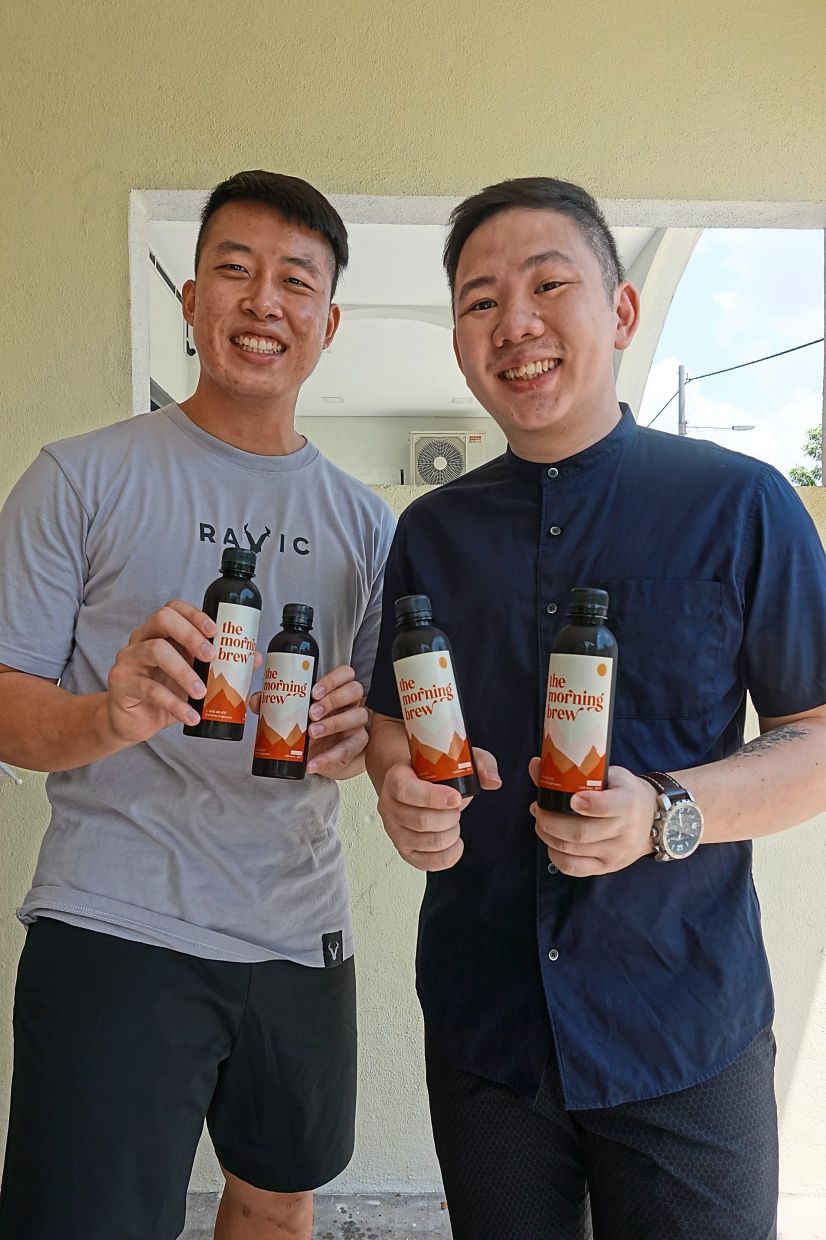 Lee (left) and Hon Kitt resorted to launching their new business on Instagram.

“Our original plan was to launch in April with targeted consumers through social events, but we had to search for alternatives since there were strict restrictions on such events,” said co-founder Evan Wong Hon Kitt.

He and business partner Andrew Lee Jian Ming resorted to a virtual launch in June – over Instagram.

Lee said the journey so far had been exciting but not short on worries, like many entrepreneurs at this time.

“Despite the challenges of the MCO, we are extremely happy that we followed through with this business,” he added. The new normal of working from home has proven to be productive for Heer Raj Prem Kumar, who owns a digital marketing agency.

“Setting up a dedicated workstation at home helped tremendously towards increasing my productivity.

“I would switch the location of my workstation every once in a while to keep things fresh, allowing me to maintain productivity levels consistently,” he said.

For Yeo Joe Sin, a Penangite, the restrictions and limitations caused by Covid-19 and the resulting MCO had hit her family’s wedding and event decoration business hard.

“There was no revenue but we still had basic financial commitments and business expenses. We couldn’t just sit around and wait,” she said.

Over dinner one night, they realised the Dragon Boat Festival was fast approaching and that it was time to make rice dumplings again. Her mother, Tan Ai Beng was reminiscing about her younger days when she made rice dumplings at home. 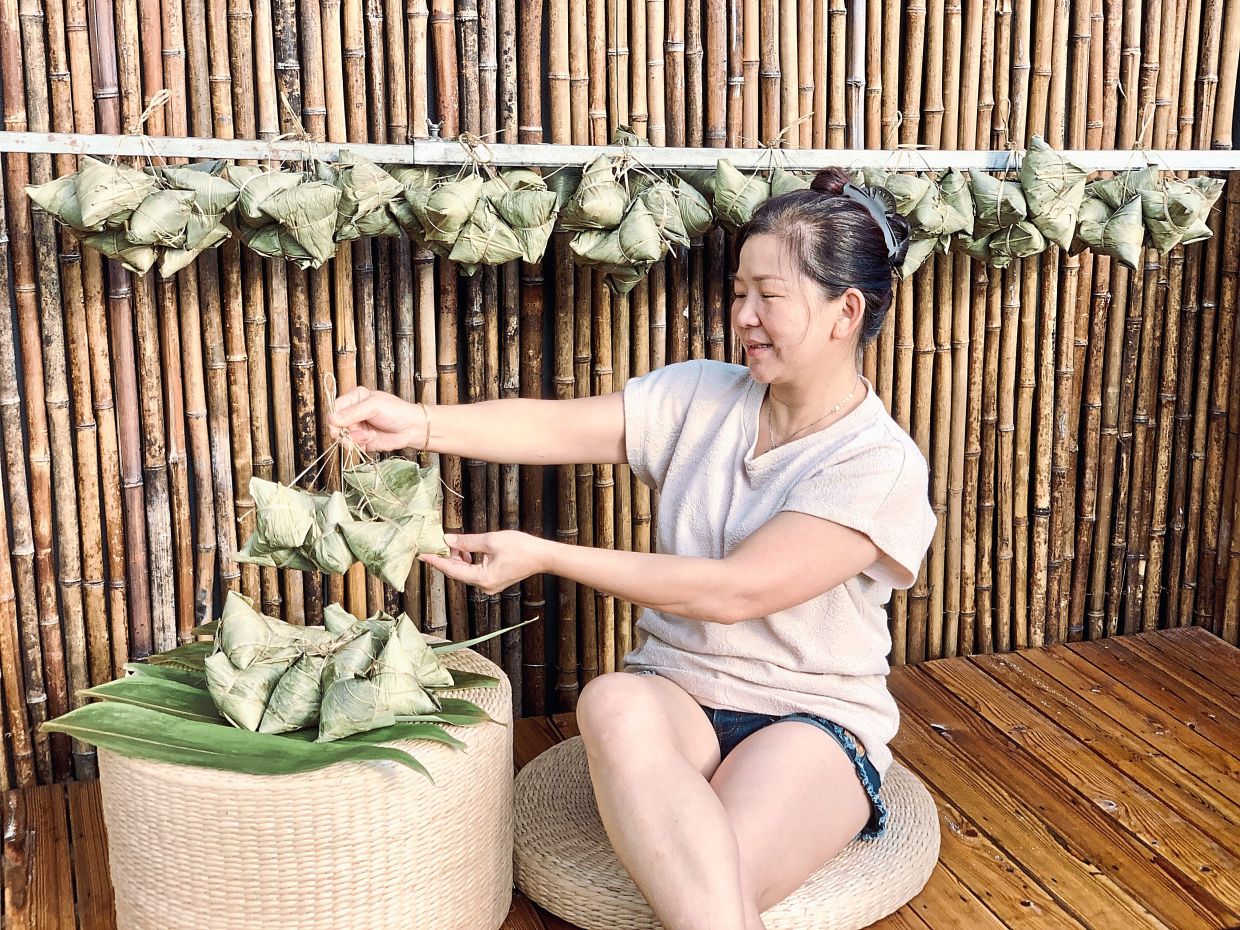 Joe Sin and her sisters Lee Ching and Lee Ting develop and maintain their website as well as oversee customer service and purchasing ingredients while their mother makes the dumplings.

Tan said the pandemic had no doubt challenged her family but they had also learned and grown from meeting the challenges.

“Some may complain about the MCO but we believe that everything happens for a reason and we use this opportunity to grow,” she said.

With extended periods of isolation, many people have also uncovered hidden talents while making full use of their free time.

Nur Aishah Abdul Hakim, 25, searched for potential activities to occupy herself and wanted to try something new during the MCO.

“I came across a language exchange buddy programme,” said the office worker based in Segamat, Johor.

She found an individual in the United Kingdom (UK) seeking to learn the Malay language. 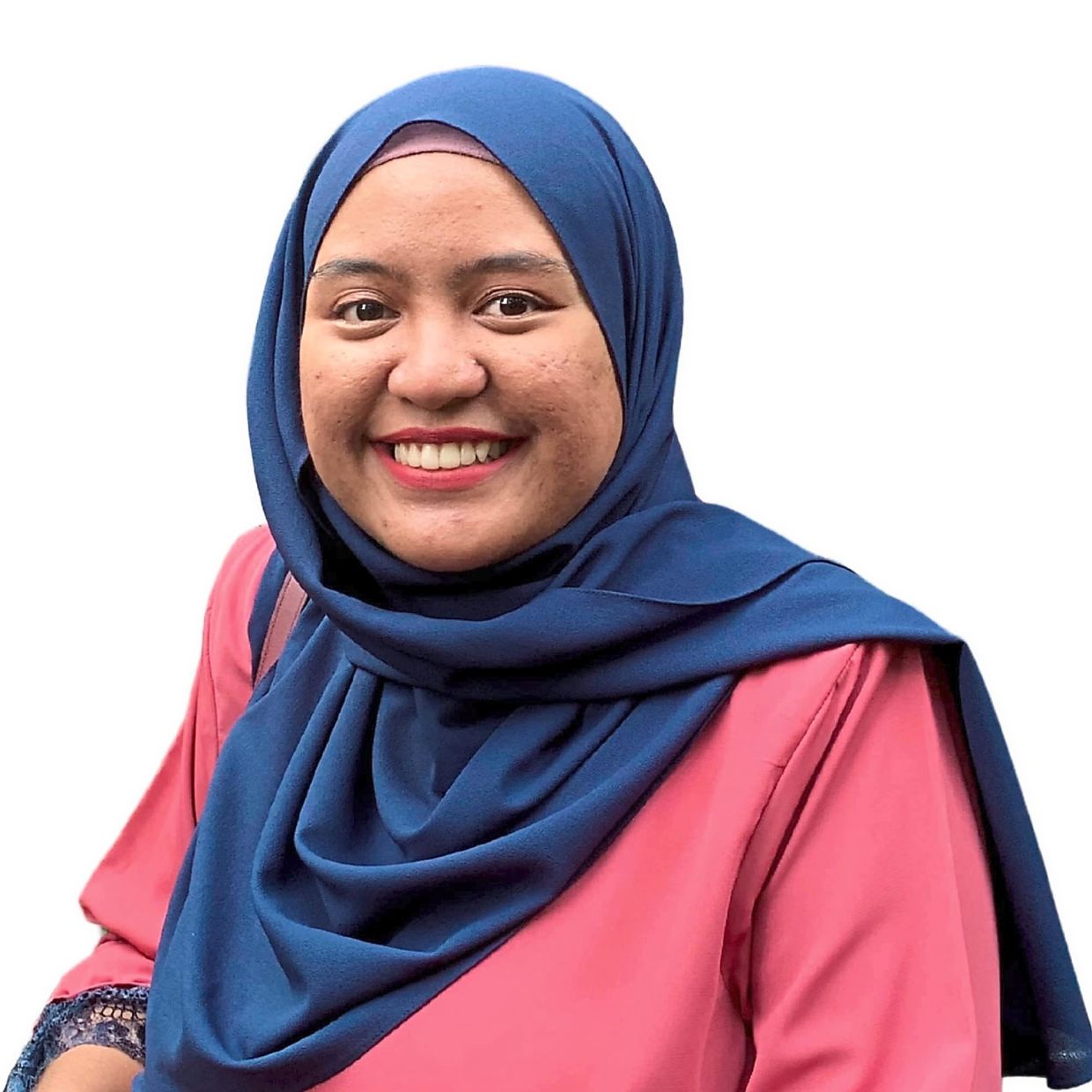 She had doubts at first as she wasn’t confident about her tutoring skills but had since become comfortable in conducting the weekly lessons.

“Resources from YouTube and blogs by school teachers help greatly,” she admitted.

She also learned a fair bit from her language exchange buddy who taught her about the different accents in the UK and how to use them.

“My language buddy can now converse better in Malay. It is rewarding.

“Next time around, I may attempt to learn a foreign language,” said Nur Aishah. 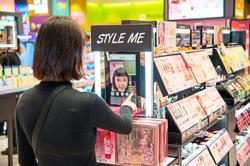