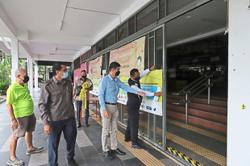 ACP Soffian checking on SOP compliance including the maximum number of volunteers and sacrificial animals allowed per day during a spot check at a mosque along Perak Road in George Town, Penang, in conjunction with Hari Raya Aidiladha.

A TOTAL of 333 vehicles were directed to turn back at roadblocks in Penang from July 17 to July 19.

“Police checked 30,406 vehicles on Saturday and 40 vehicles were asked to turn back.

Comm Shuhaily urged the public to adhere strictly to the standard operating procedures (SOP) and guidelines given by the National Security Council to keep the virus at bay. 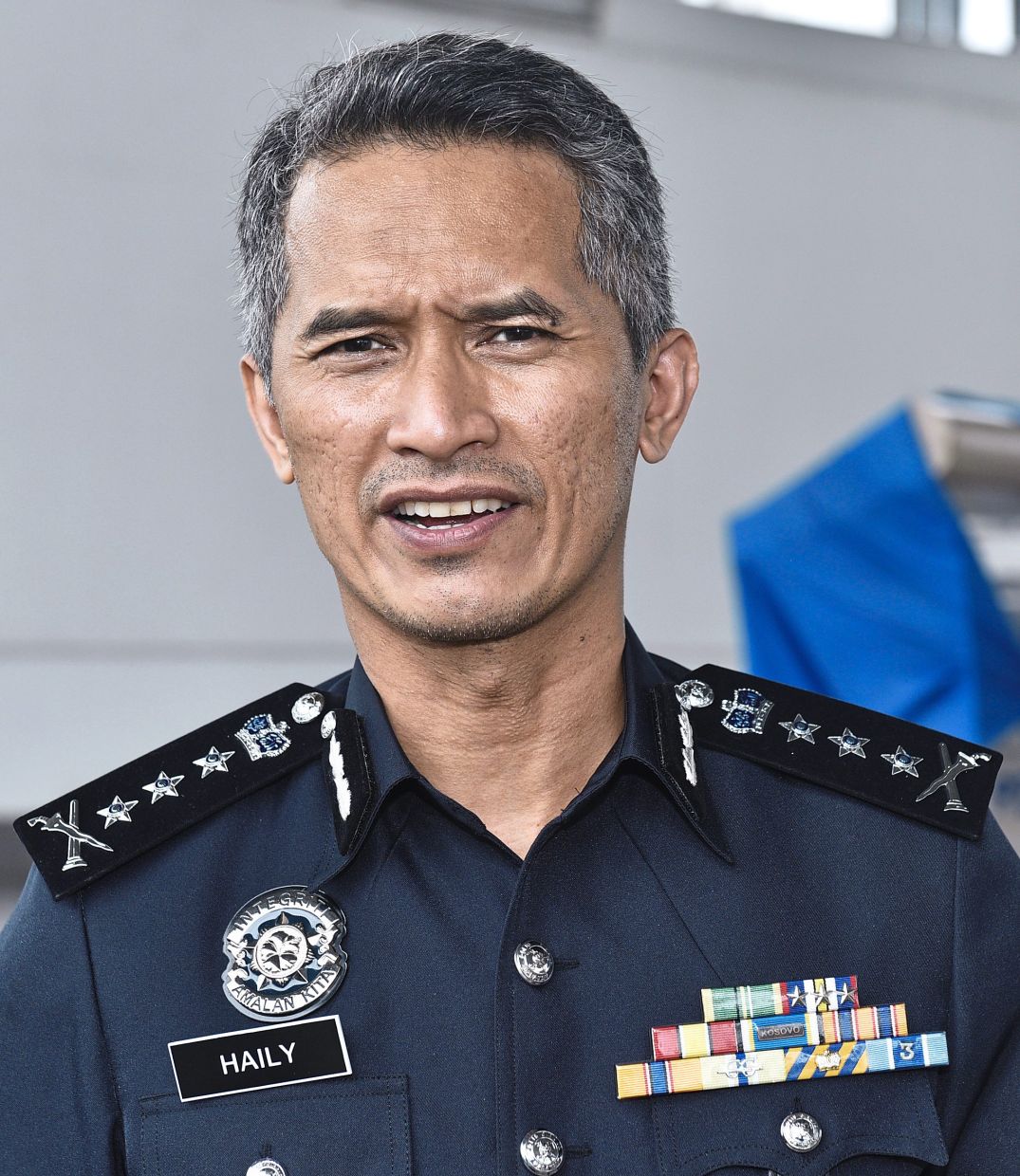 Comm Shuhaily: Adhere strictly to SOP and guidelines given

“So far, all sacrificial slaughters at the locations were carried out in accordance with the SOP set by the Islamic Religious Department and the state government.

“All of them have applied for permission from the state Islamic Religious Department to carry out sacrificial activities.

“We have advised those at the mosque to always follow the SOP and maintain a physical distance at all times. Only 25 people who are aged 21 to 60 years old are allowed to be present at the permitted sacrificial ceremonies.

“We also look out for house and grave visits during the spot checks and so far, everything is under control.

“We have 30 teams on the ground to continue the spot checks until Friday to make sure that the SOP is strictly adhered to,” he said.

ACP Soffian also reminded the public not to bring their children to sacrificial ceremonies.

In Kepala Batas, the mood was rather quiet as prayers and sacrificial ceremonies at mosques were conducted in accordance to SOP.

Heavy police presence could be felt as the ceremonies were held without public attendance. 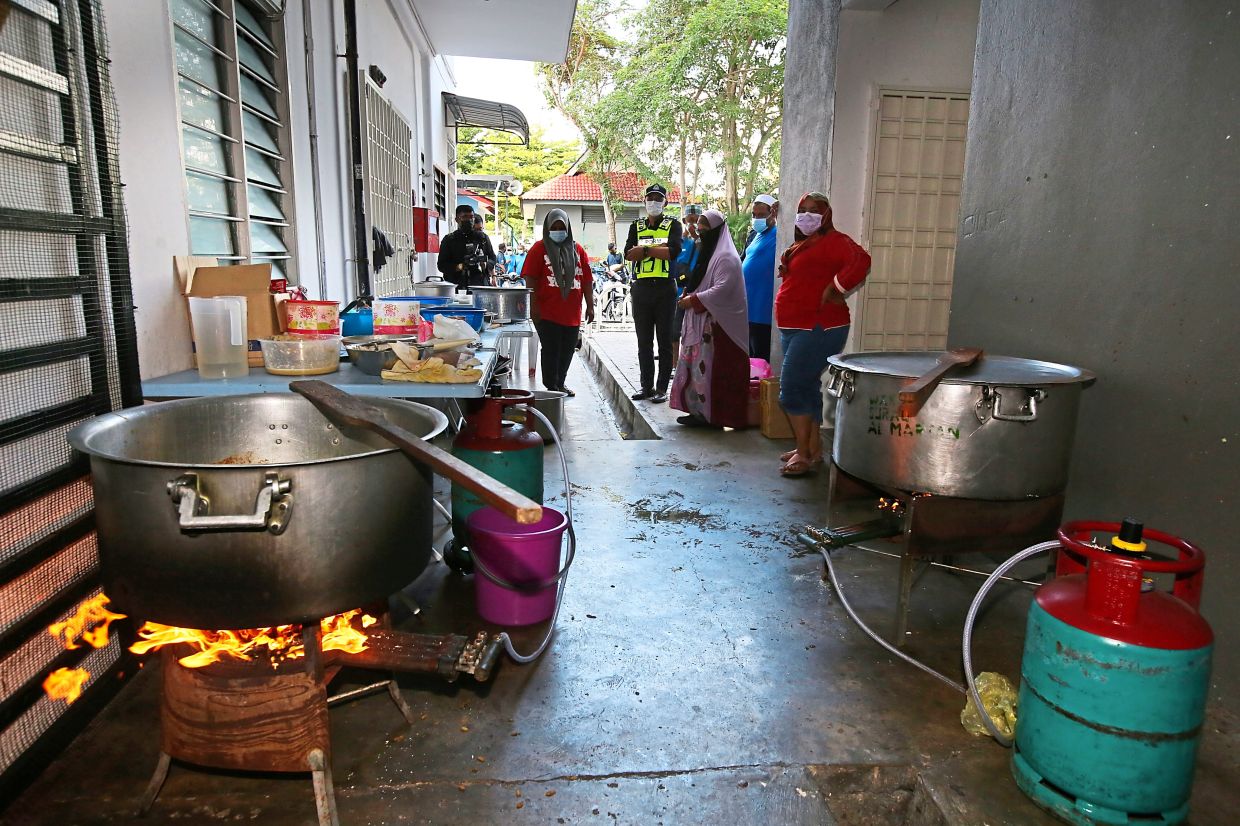 At Masjid Ibadur Rahman, its chairman Sayuti Ibrahim said five cows were slaughtered and another five would be slaughtered today

“We have 25 volunteers, the maximum capacity in accordance with the limit set in the SOP.

“Normally we would slaughter between 15 and 25 cows but we’ve limited the number this year.

“The meat will be distributed to about 70 underprivileged families in the village,” he said.

At Masjid Jamiul Jalal Wal Kamal in Pajak Song nearby, only mosque committee members were present to slaughter five cows which was the limit for the day. 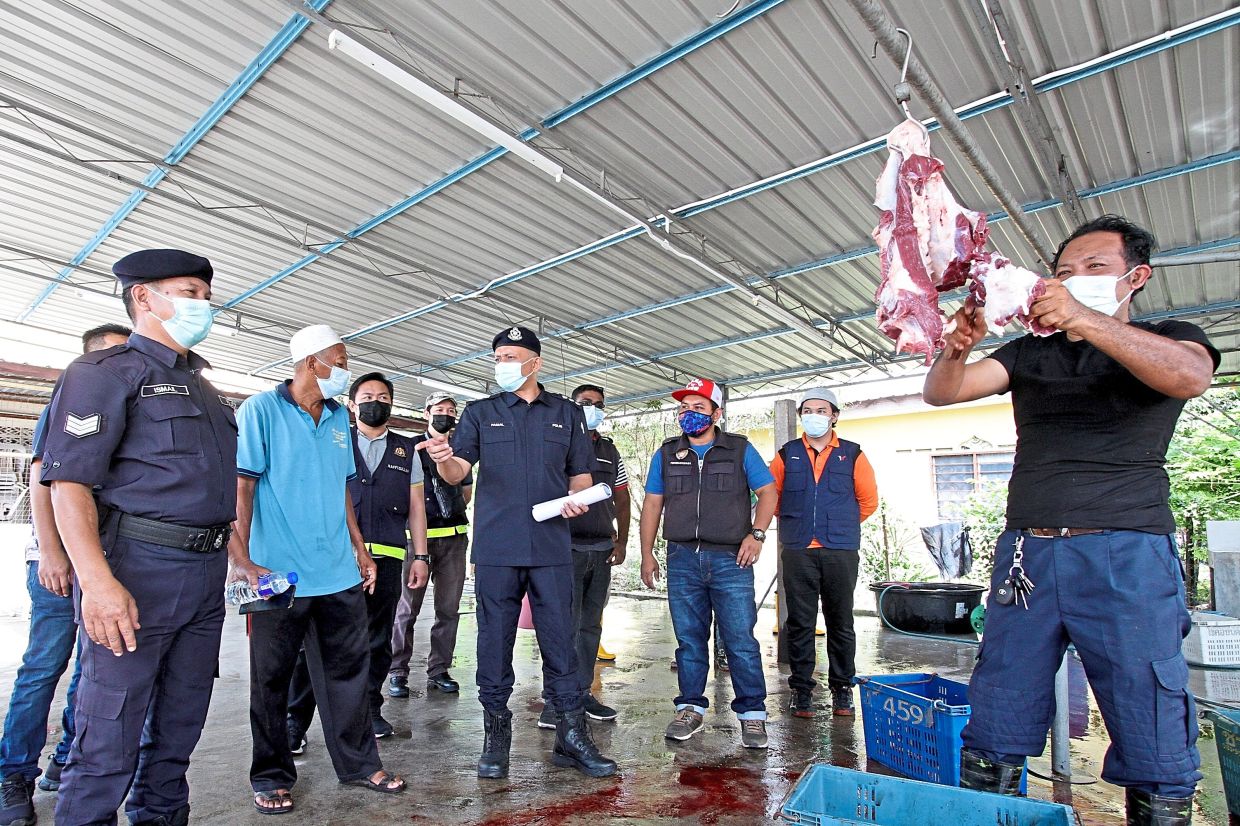 ASP Nor Faizal (third left) leading a team to check on volunteers performing sacrificial rites and the distribution of meat at a mosque in Pajak Song.

Its secretary Mohd Alias Omar said the meat would be given to about 100 people.

“Last year, we slaughtered 30 cows. However, due to rising Covid-19 cases and stricter SOP imposed, we now slaughter 10 cows in two days,” he said.

“There were no public gatherings at the mosques,” he said. 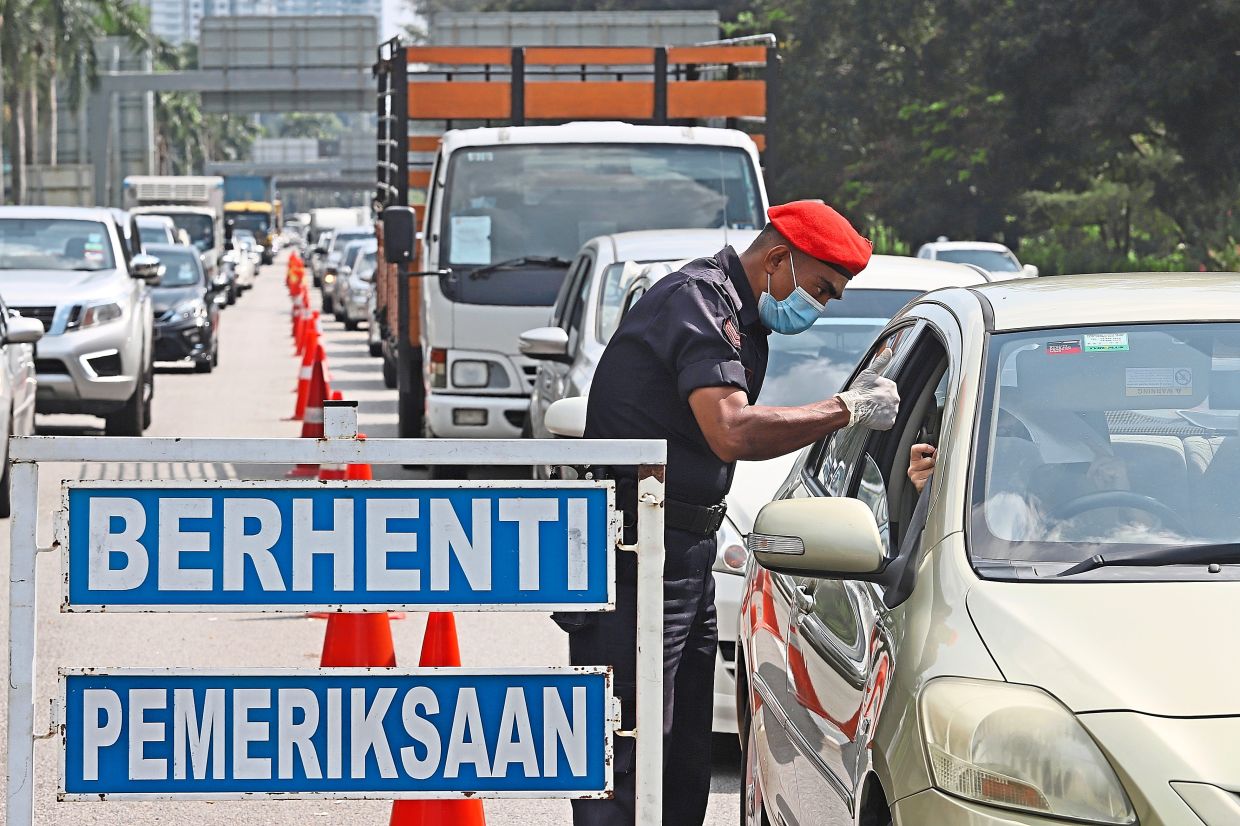 The Hari Raya Haji celebration usually starts with Muslims gathering at mosques for the Aidiladha prayers.

It is an auspicious day in Islam where Muslims around the world commemorate the sacrifice of Prophet Ibrahim and his son Prophet Ismail.

Muslims slaughter animals, usually cows, buffaloes or goats, in honour of the sacrifice. 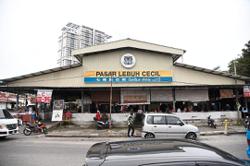