The Keadilan PJ Care programme enables food packs to be distributed to affected families on a weekly basis.

THE standard operating procedure for those in self-quarantine is not to leave their home.

However, with more people testing positive for Covid-19, the poorer residents are facing difficulties in getting basic necessities.

This is especially so for those who cannot afford to do their grocery shopping online, or order food using delivery services.

Petaling Jaya councillor Bryan Ng Yih Miin is spearheading a programme called “Keadilan PJ Care” in aid of those in need, with the help of seven other councillors.

“Those living in flats in Petaling Jaya are not able to go out and buy necessities for their families.

“I saw many such cases and decided to team up with my peers to help.

“Luckily, several councillors came on board and we gathered funding to give away non-perishable food aid to those affected, ” he said.

Ng said failure to provide such assistance would drive those in quarantine to sneak out of their homes to buy groceries, thereby flouting the SOP and endangering others.

Some 280 food packs containing essentials such as rice, eggs, sugar, flour, onions, potatoes, curry powder and cooking oil have so far been distributed to those living in the Taman Medan and Taman Baiduri low-cost flats and people’s housing projects (PPRs).

Ng said the worst case he had seen was a family of eight who had all tested positive for Covid-19.

“The entire family was under quarantine and could not go out.

“They also could not afford to buy food or provisions online.

“At the moment, we are distributing these food packs on a weekly basis to affected families.

“We pass the items to the block leaders, who then place them at the recipient’s doorstep.

“Once the items are received, they will snap a photo and send it back to us as a proof of receipt, ” Ng explained. 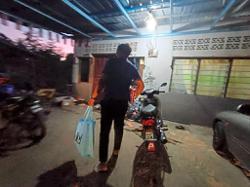 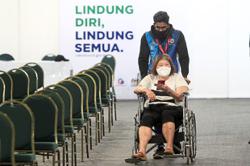