Students attending an anti-tobacco event organised by CAP in 2019. The non-governmental association is concerned over the growing habit of smoking among youths.

EVEN though the number of active users of tobacco appears to be on a downward trend, more has to be done via public and private healthcare partnerships for Malaysia to achieve the ‘endgame’ of tobacco by 2045.

Penang health committee chairman Dr Norlela Ariffin said about one-fifth (21.3%) of Malaysians are still active users of tobacco based on the National Health and Morbidity Survey 2019, a slight reduction from 22.8% back in 2015.

At the Penang Adventist Hospital’s (PAH) virtual press conference held to mark World No Tobacco Day 2021 which falls on May 31, she called upon tobacco users to fully use the various channels available nationwide to stop smoking.

These channels that could help smokers were government health clinics or private healthcare providers.

“This habit does not only bring harm to tobacco users themselves but also to their families and people around them.

“Tobacco-related illnesses have placed an unnecessary burden on the healthcare system which is plagued by the Covid-19 pandemic at the moment, ” she said.

PAH chief executive officer Ronald Koh announced that the hospital would be organising a colouring contest aimed at preventing future generations from picking up smoking. “Participants can win attractive prizes worth up to RM1, 500.

“All the details of the colouring contest can be obtained from the hospital’s website www.pah.com.my or Penang Adventist Hospital’s Facebook page, ” he said.

The competition is expected to run until the end of June.

Sharing his experience was Kam Chin Hin who quit smoking 11 years ago.

“It was not an easy journey but I was fortunate I got proper guidance from Dr Nathan and also support from other former smokers.”

Meanwhile, Consumers Association of Penang (CAP) said the growing habit of smoking and vaping among girls was a big concern.

“Many girls can be seen smoking in public places and by the roads. 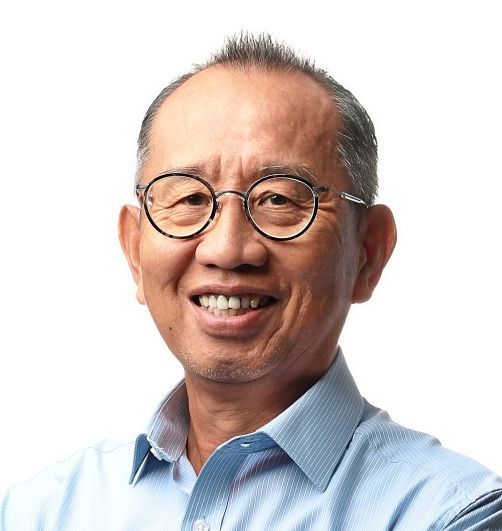 Koh says PAH is organising a colouring contest with an anti-tobacco theme.

“It is doubtful whether a healthy young community can be found in the future as this habit is spreading so actively among children, students and young females, ” CAP education officer

He said many parents had reported that their children became addicted to cigarettes and vape products around the age of 12.

“Studies show that more and more youths are addicted to vape and e-cigarettes.

“People who used to smoke only cigarettes now turn to vape and e-cigarettes.

“Parents are frustrated that their children cannot kick the habit.

“When they advise their children on the dangers of cigarettes and vaping, the children would become angry and start arguing.

“CAP hopes the government will impose a total ban on vape and electronic cigarettes to ensure that our youths enjoy a healthier life in the future, ” he said.