AFTER 800 parcels for residents in 13 localities under enhanced movement control order (MCO) in Bayan Lepas, Penang, were stranded, a dedicated kiosk has been set up in Jalan Datuk Ismail Hashim for J&T parcels to be dropped off.

Bayan Lepas assemblyman Azrul Mahathir Aziz said two kiosks for parcel drop-off were now in operation, with the other in Jalan Kampung Bukit for other delivery companies.

“Initially, there was only a kiosk in Jalan Kampung Bukit for all parcels to be dropped, but the large amounts arriving led to congestion.

“J&T had over 800 parcels undelivered and residents did not receive their orders, some of which contained essential items such as food and medicine.

“Following a meeting with authorities at the site, we’ve agreed to set up another kiosk and provide shelter.

“The new kiosk at the roadblock in Jalan Datuk Ismail Hashim for J&T will run on two shifts, from 8am to noon and 2pm to 6pm.

“The original kiosk in Jalan Kampung Bukit for other courier companies will operate from 8am to noon, ” he said on Monday. A resident collecting his package from a food deliveryman at the drop-off station at Sri Bayu Apartments.

To aid residents in need, Azrul and his team delivered 130 bags of food to those living in Kampung Perlis and Kampung Masjid.

He said 62 sets were delivered to those who tested positive and were quarantined at home.

He also supplied 1, 860 chicken eggs to those under quarantine.

With a 2.6km perimeter to monitor, policemen on duty have been tirelessly making patrols to ensure nobody trespasses over the restricted area.

A police officer, who declined to be named, said due to the large vicinity, some irresponsible residents from the area had chosen shortcut routes among the barbed wire fencing to collect items such as food packages.

“We have limited manpower on duty and cannot oversee every section of the perimeter fencing as there are many bends and corners.

“I really hope residents will be self-disciplined and considerate during the current situation.

“Do not take shortcuts just because the roadblocks are far from home within the restricted area, ” said the officer as he was patrolling along a stretch on Monday.

Some residents were caught red-handed when they tried to leave the area. 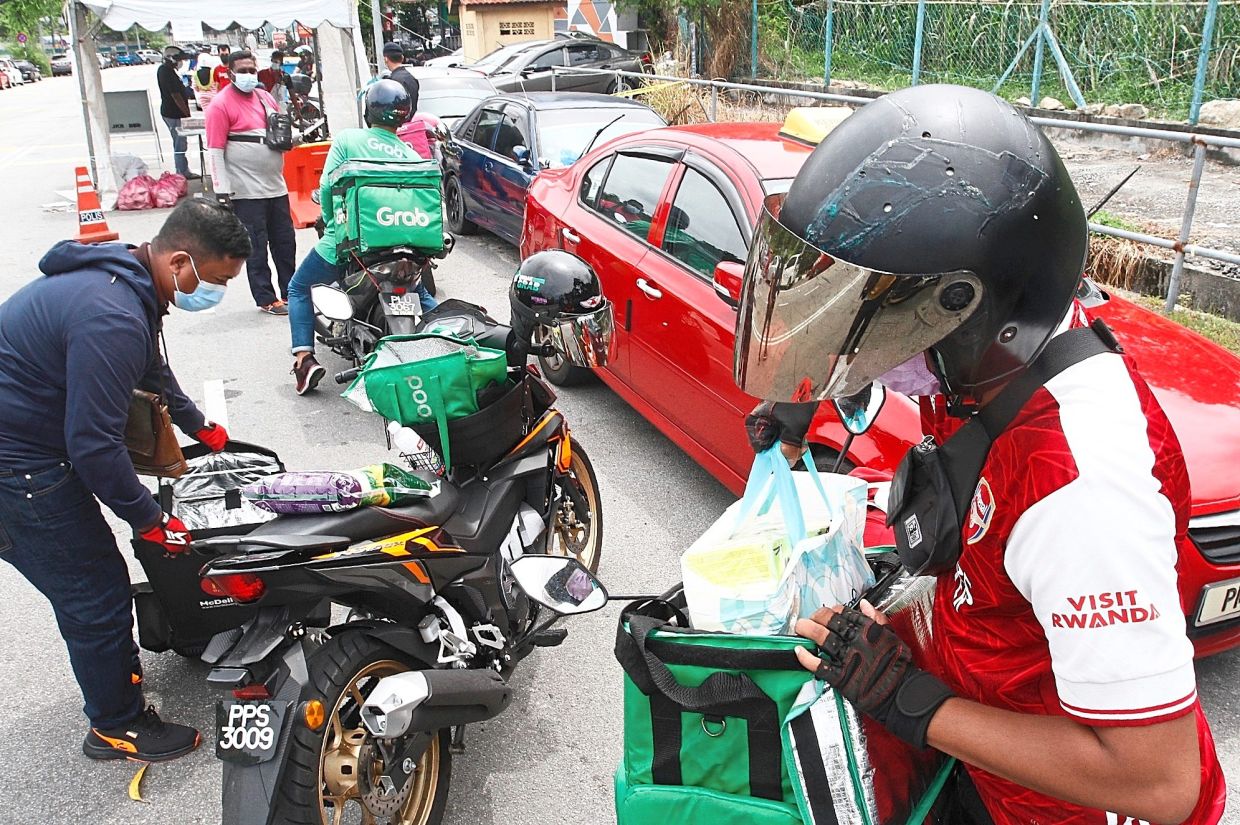 Food delivery workers gathering at a drop-off station in Bayan Lepas to deliver items to customers who are under the enhanced MCO.

Balik Pulau OCPD Supt A. Anbalagan said two compounds worth RM5, 000 each were issued after a 53-year-old man and 23-year-old woman were caught exiting the area through the barbed wires on Sunday.

“The man was caught stepping out of the barrier in Jalan Sultan Azlan Shah and had no valid excuse for exiting the area under enhanced MCO.

“The woman exited the area using a pedestrian bridge with the excuse of looking for food but had a helmet on her, ” he said.

There are about 10, 000 residents from approximately 2, 500 households within the area placed under the enhanced MCO since Friday. 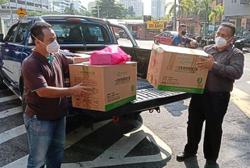