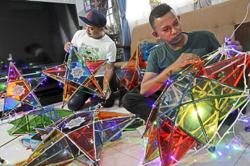 The factories’ extensions are just a stone’s throw from the PPR in Wangsa Maju, Kuala Lumpur. — Photos: IZZRAFIQ ALIAS and YAP CHEE HONG/ The Star

DOZENS of factories and businesses operating in Wangsa Maju, Kuala Lumpur, that have carried out illegal extensions have been told to demolish the structures immediately.

The Federal Territories Director of Land and Mines Office (PPTGWP) issued notices to the operators as they had encroached on government land.

More than 10 premises were slapped with red notices with instructions to vacate the parts of land they were illegally occupying and to demolish the structures.

PPTGWP director Datuk Muhammad Yasir told StarMetro that the factories and businesses were involved in a variety of industries and had the required permits to operate, but the extensions were illegal.

“Some of the extensions are on river reserves and some on road reserves, so the structures have to go, ” he said.

Some of the structures are on land surrounding Wangsa Sari People’s Housing Project (PPR). PPTGWP officers, with help from the police, carried out an operation last week.

Clad in enforcement vests, the officers pasted red eviction notices that stated the operators and owners had committed an offence under Section 425 (1) of the National Land Code 1965 and occupied government land illegally.

If they failed to vacate and demolish the structures, they could be fined up to RM500,000 or jailed for no more than five years.

StarMetro visited the area and saw the illegal structures built by the riverbank on government land.

Some of them were located approximately 50m from the fence separating the PPR, and were built on top of drains.

At the entrance of the PPR, a car workshop was obstructing vehicles from going in and out of the area.

Behind the PPR, facing the river, there were structures built along the riverbank. 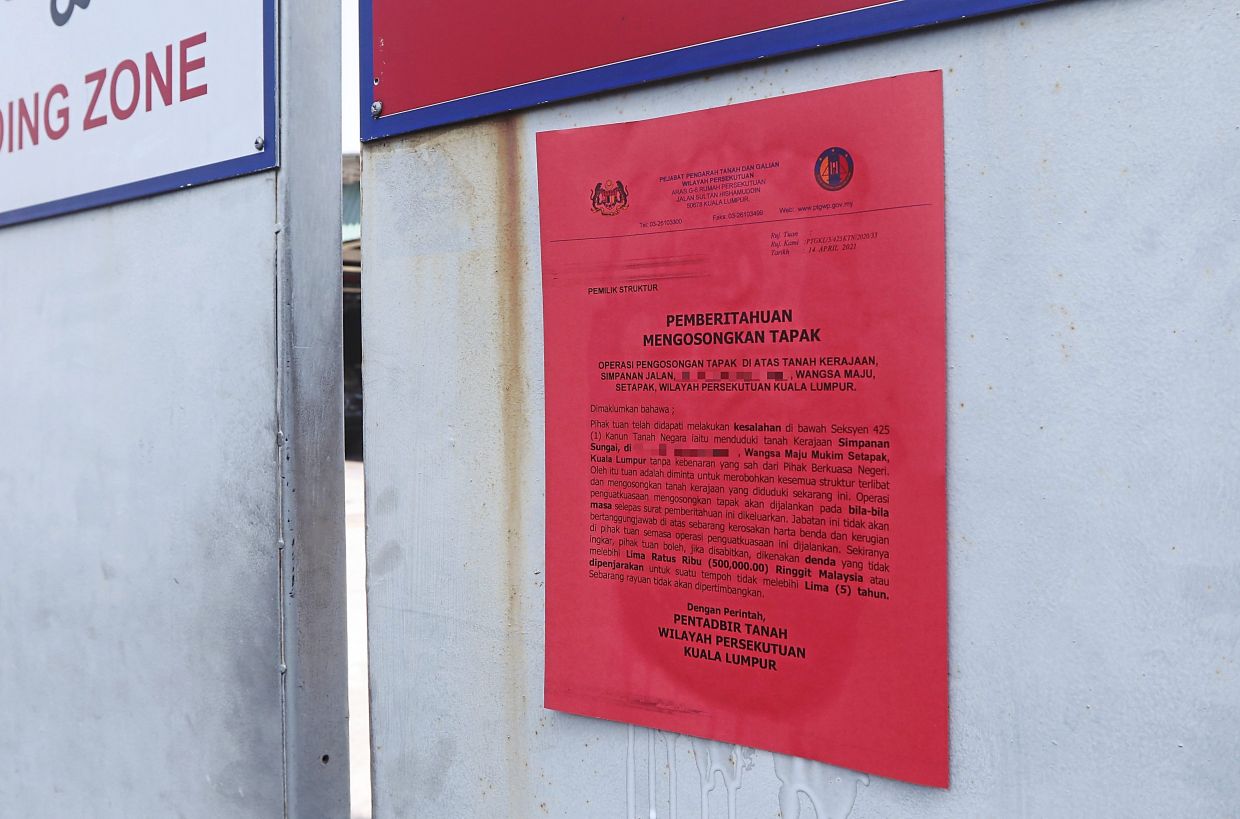 The red notice put up by PPTGWP officers during the operation.

The authorities’ decision to demolish the structures is a victory for residents in the area, who had been complaining about the matter for years.

Wangsa Sari is one of Kuala Lumpur’s most crowded housing schemes.

The PPR housing scheme is surrounded by factories and structures and it borders Sungai Bunos, which flows behind the flats.

When the residents initially moved in, the sight of the lush greenery and river was a constant delight to them, especially for those who live on the upper floors.

However, as the years went by, so did the encroachment of a chemical factory, furniture factory and car service centre, among others. Efforts to transform Section 1 Wangsa Maju into a low-carbon township would be negated if the illegal extensions are allowed to remain.

It managed to get the attention of the authorities, but not in a good way.

“I was rebuked for putting up that video, ” Mazlan told StarMetro.

“Several agencies that contacted me after the video went up were not happy that I chose a social media platform to highlight the matter, but I only did so because I did not get a response from the authorities, ” he explained.

Each time he called Kuala Lumpur City Hall (DBKL), the Drainage and Irrigation Department (DID) and PPTGWP, they kept passing the buck.

“This went on for eight years and I just felt that I had to do something about it, ” he explained.

He said that personnel from several government agencies then turned up to inspect the area, with some putting up notices informing the owners to vacate the premises.

However, the structures remained.

Mazlan said some of the structures bordering the PPR were used as storage facilities. 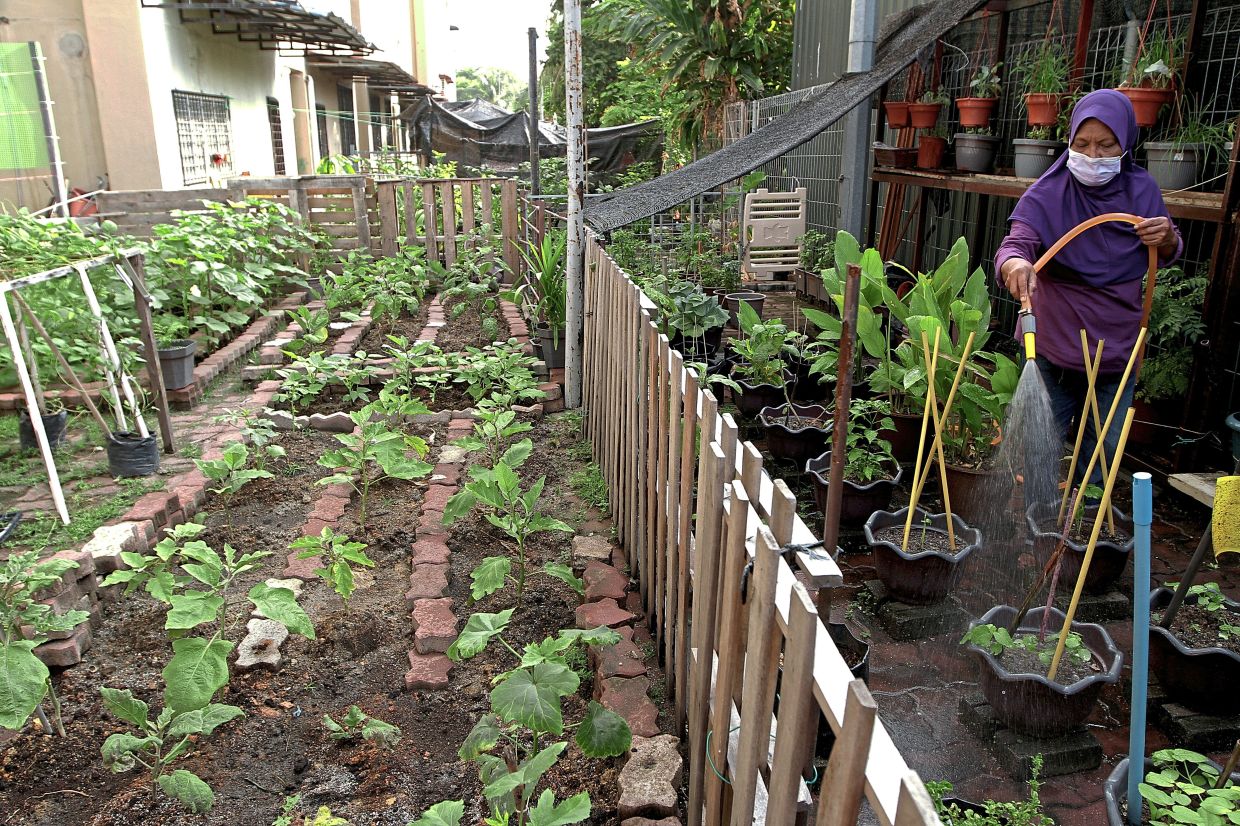 Zaiton says if the extensions are demolished, residents can expand their community garden project. — Filepic

PPR resident Siti Maira pointed out that if there were to be a fire or medical emergency, it would be difficult for anyone to get in and out quickly.

Resident Zaiton Abdulah, who tends to the little community garden in the PPR, said the structures should be demolished.

“We can use the additional space to extend our vegetable garden and that will be better for the environment, ” she said.

“We know there is a need to balance human development goals with economic growth, especially in cities.

“However, illegal factory operations and river pollution will undermine the effectiveness of our work in Wangsa Maju, ” he said.

“As long as the issue of illegal extensions is not addressed, it will undermine everything that we do, ” he stressed. 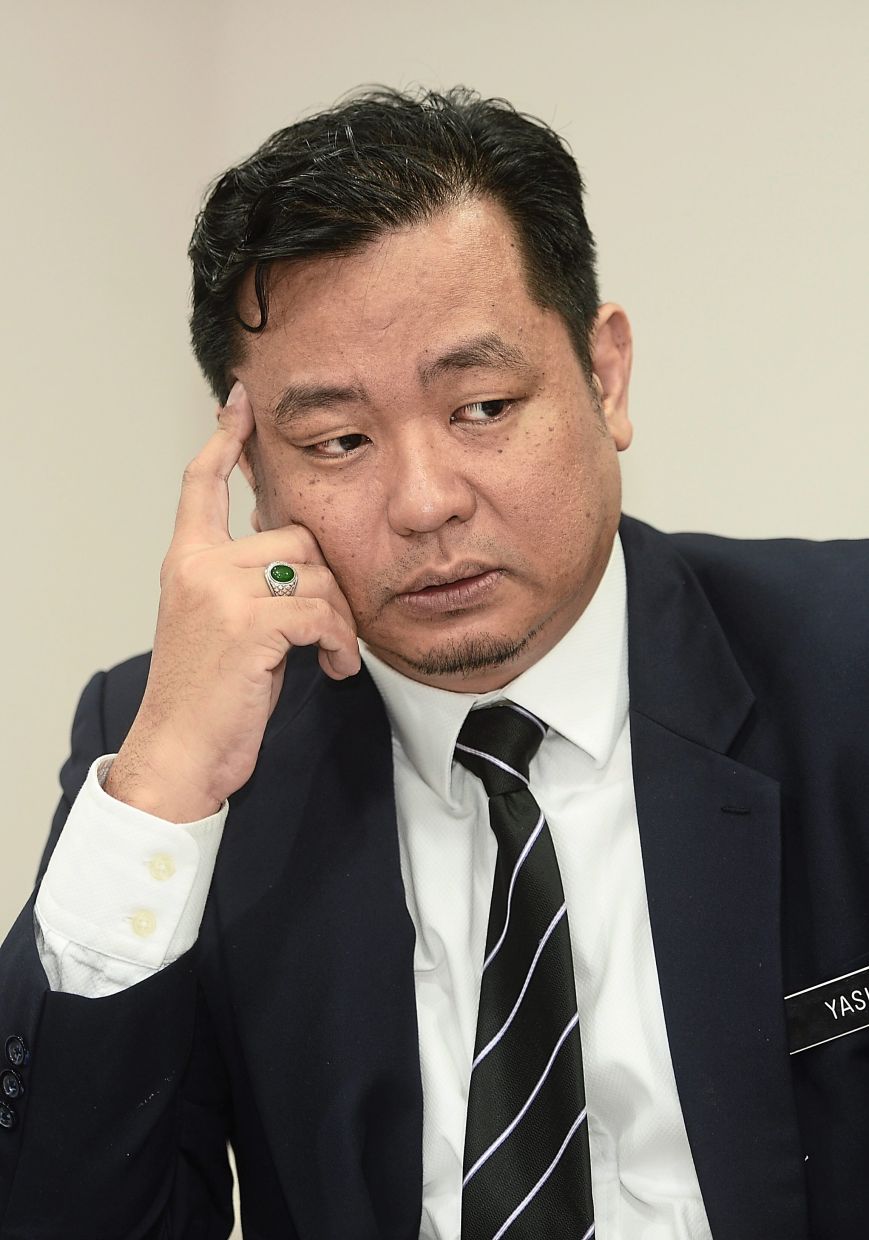 Muhammad says although the operators have permits, the extensions are illegal.

Rashdan says Lestari Alam’s efforts in Wangsa Maju will be undermined if the problem is not resolved.

Mazlan says he was rebuked after highlighting the issue via a video online.