PUBLIC parks under the local councils and sports activities such as bowling, swimming, snooker, Zumba and yoga classes will be allowed to open starting today.

State youth and sports committee chairman Soon Lip Chee said all sports and recreational activities held either in open or closed areas that do not involve physical contact, are allowed.

“These activities will be allowed in accordance with adherence to the standard operating procedures (SOPs) and all activities must be carried out by complying with the one to three metres physical distancing mark.

“All sports facilities and premises allowed to open need to follow the operating hours from 6am to 10pm or according to the hours set by the local councils.

“For facilities in an enclosed or half open area, there must be supervision during its operating hours, ” he said in a statement yesterday.

He added that the state has decided to open parks under the jurisdiction of both the local councils as well.

The parks that will open under Penang Island City Council (MBPP) include City Park and Metropolitan Park.

The parks that will open under the Seberang Prai City Council (MBSP) include the Bukit DO Park, Upcycle Park, Tekoma Park, One Baby One Tree Park Bandar Perda and Pantai Robina Park.

“Penang Botanic Gardens will also be open for sports and recreational activities as long as visitors abide by physical distancing rules.

“But under MBSP, two parks will remain closed – Vision Park and Ampang Jajar Park, ” he added.

“Activities involving physical contact and organising of games and championships or competitions are not allowed as well.

“Exceptions are given to the Malaysian Football League, Malaysian Hockey League and Sepak Takraw League.

“The organising of these leagues are allowed but limited following the Sports Bubble: Home Based Training atau Camp Based Training model without the presence of spectators.

“Besides these, camp-based training organised by the state sports council are also allowed”, he said. 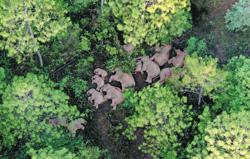