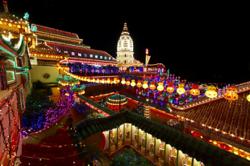 THE Government should reconsider the opening and closing times of Buddhist and Taoist temples as suggested by the National Unity Ministry.

Malaysian Buddhist Association National Life honorary president Datuk Seri Steven Ooi said that while he welcomed the announcement on the opening hours, it was not practical to have temples open at 6am and close by 2pm as most worshippers visit in the evening.

“The Government should look into having opening times from 8am to 10pm and I am sure I am speaking for most devotees.

“The standard operating procedures must be well-thought of with some consultation with religious organisations rather than having a blanket guideline for all, ” he said when contacted on Sunday.

Ooi, who is a trustee of Kek Lok Si Temple in Ayer Itam, Penang, said temples should be allowed to remain open at least until Chap Goh Meh.

“In Buddhist temples, most of the monks take a rest in the afternoon before meeting devotees and this can go on until night. “So, how can we turn away people who come to seek blessings?” asked Ooi.

He also pointed out that the Jade Emperor festival is on the ninth day of Chinese New Year which is on Saturday but the temples were allowed to be open only until tomorrow.

The birthday of the Jade Emperor (also known as King of Heaven) is regarded as more important by the Hokkien community than the first day of Chinese New Year.

“Even at Kek Lok Si, which sits on a 12ha plot, having only 30 visitors at any one time is unrealistic because the number of people can be spread all over the premises.

“Thus, the Government should look into the size of each place of worship rather than having a blanket maximum of 30 people, ” he said.

The Government had announced that from Feb 12 to tomorrow, Buddhist and Taoist temples as well as churches could open from 6am to 2pm. 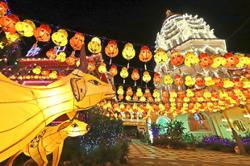