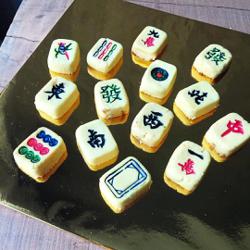 These pineapple- shaped tarts by the Ng sisters will be presented as gifts to friends and colleagues.

WANTING to honour their family tradition of baking cookies for Chinese New Year, the Ng sisters decided to continue the practice despite the likelihood of not returning to their hometown this year.

“My sisters and I bake our own cookies every festive season, with our eldest sister Siew Kuan heading the kitchen, ” said Siew Cheng.

“It is also a way to bond and honour our late mother, Tin Ah Thai, who was a great cook and made home-made treats like kuih ros during the festivities.”

Normally, about a month before Chinese New Year, Siew Cheng and younger sister Siew Mei would make weekend trips to their hometown in Kluang, Johor, to help with their family’s festive preparations.

“Siew Kuan will plan the cookies to bake while the rest of us, including two nephews, will help out, ” said Siew Cheng.

“Usually, there are almond and butter cookies as well as kuih bangkit, but Siew Kuan also tries to make something new every year or present popular cookies in different shapes or flavours.”

She said baking in her eldest sister’s larger kitchen and having more hands made their tasks easier. 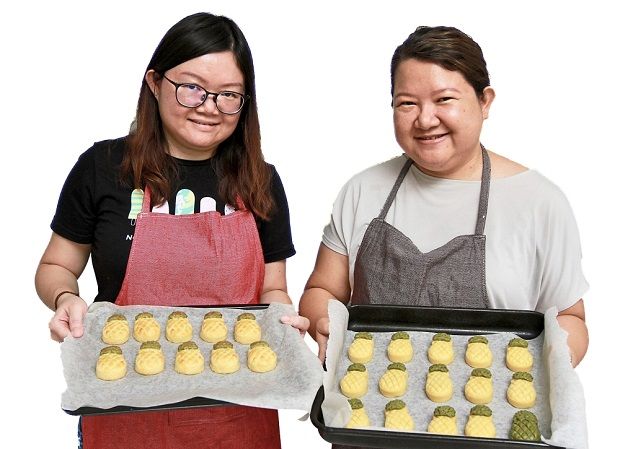 Since interstate travel is not allowed during the movement control order period, Siew Cheng and Siew Mei are unable to return to Kluang.

Instead, they have decided to continue their family tradition at their apartment in Bukit Jalil, Kuala Lumpur.

“We surfed the Internet for ideas and decided to make pineapple tarts in the shape of pineapples, ” said Siew Cheng.

“We thought it would be fun to try something new and present pineapple tarts in a different way.” 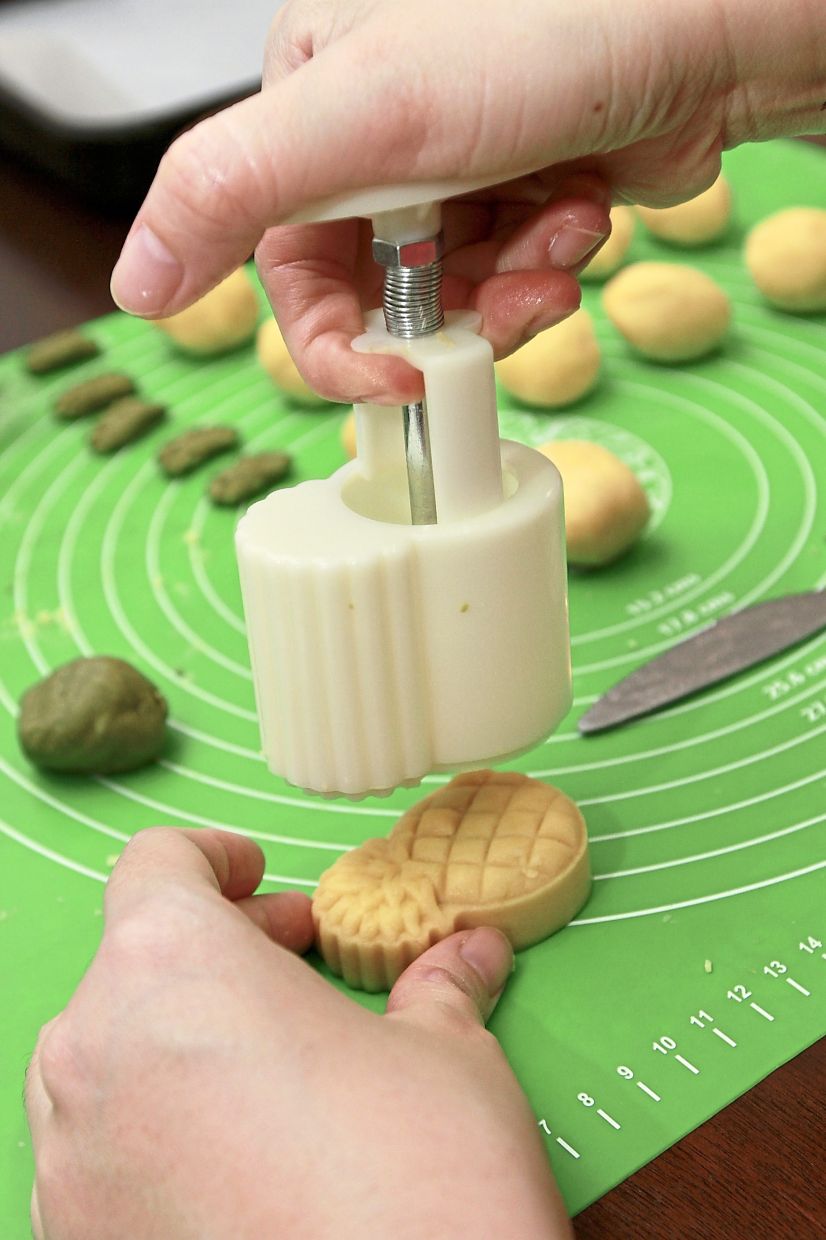 Siew Mei uses a mould to shape the pineapple tart’s base.

Pineapple tarts are a popular treat served during Chinese New Year. The fruit serves as a symbol of prosperity.

Although they have made animal-shaped cookies to correspond to the zodiac year, such as dog and boar, the Ng sisters said it took too much effort for just two persons to craft ox-shaped cookies this year.

The recipe for their pineapple tart is from Siew Kuan. They use a kitchen appliance to make the pineapple filling, which significantly helped with the preparation.

The filling is made from fresh pineapple, brown sugar, lemon and cinnamon. The pastry has butter, flour, egg yolk, icing sugar, corn flour and milk. Green tea powder is added to the pastry to make the pineapple crown.

Most of the baking tasks are handled by Siew Mei, such as mixing the ingredients, pressing the mould to shape the pineapple tarts and packing the treats.

Siew Cheng helps with cutting the pineapples and measuring the pastry to ensure each piece is of specific weight. 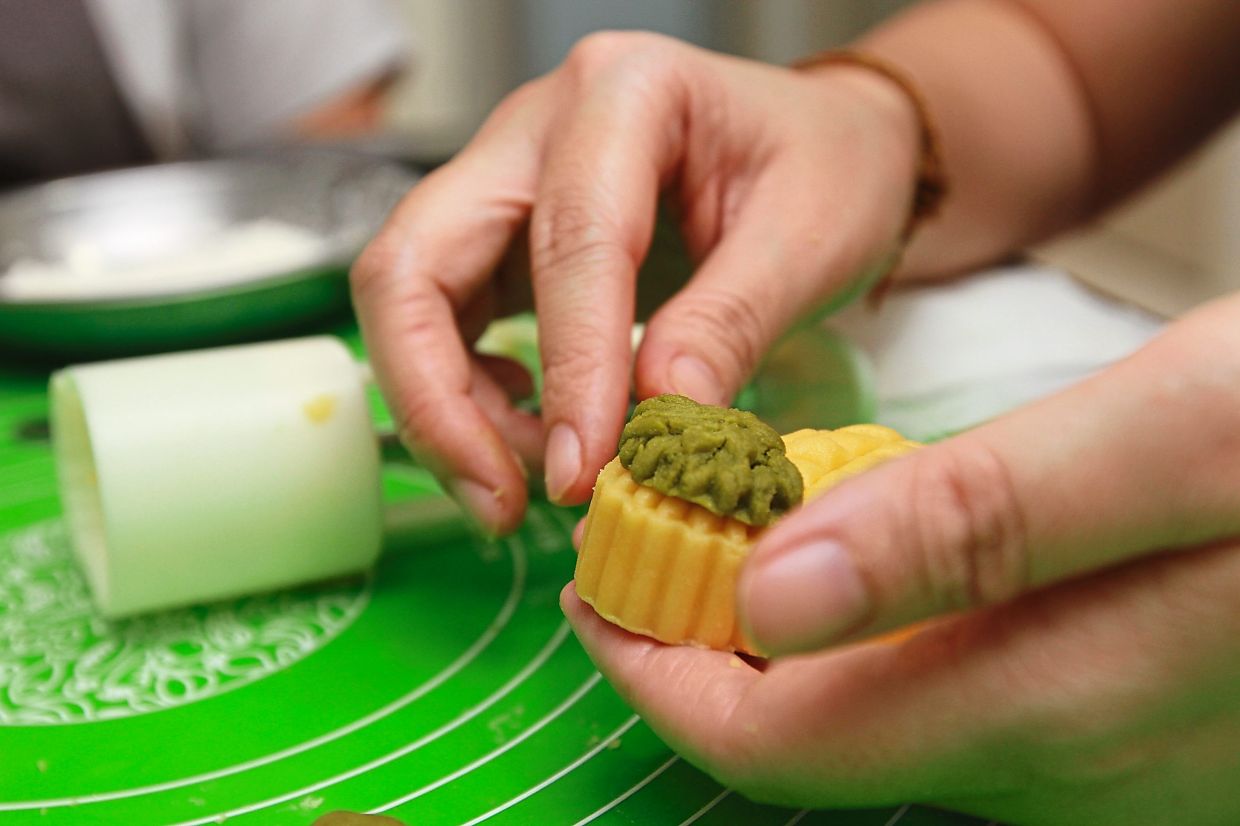 A different mould is then used to shape the pineapple crown.

As both sisters have full-time jobs, with Siew Cheng working as a lecturer in a private university and Siew Mei an accountant for a construction firm, they only have time to bake on weekends.

“We are able to make about 25 pieces a day, provided the filling is made the day before, ” said Siew Mei, who plans to bake more pineapple tarts in the weeks closer to Chinese New Year.

“Personally, I prefer cooking to baking. If I have time later, I plan to learn how to make bakwa from Siew Kuan, ” said Siew Cheng, whose speciality includes making lei cha.

The pineapple-shaped tarts will be presented as gifts to friends and colleagues.

The Ng sisters have no plans to make them for sale despite receiving enquiries. 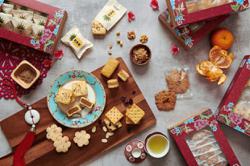