By VIJENTHI NAIR and JUSTIN ZACK 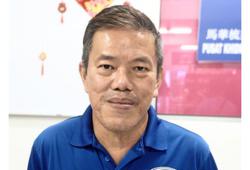 Of late, the number of such traders are on the rise with the majority selling pickled mango in tubs for RM10 each.

With a placard hanging from their necks to promote their product, they tote packets of foodstuff to sell to motorists when the traffic light turns red.

Selangor entrepreneurial development, housing and urban wellbeing committee chairman Rodziah Ismail said such operations must be stopped as there were many risks involved, especially with regard to road and food safety laws.

“It is dangerous for the peddlers and customers to be doing any kind of transaction on the road.

“The safety of the food is also not guaranteed. Who is going to take responsibility if the ingredients used are not freshly sourced or lack proper hygiene during packing.

“The police have cautioned such traders that their activity is against the law.

“I hope the traders do not push their luck, ” she said, adding that those who really wanted to start a business should seek opportunities through their respective local councils.

Kuala Lumpur Traffic Investigation and Enforcement Depart-ment chief Asst Comm Zulkefly Yahya reminded the public that it was an offence to peddle goods on the road.

“Under Rule 10A(1) LN 166/59 of the Road Traffic Rules, it is an offence to sell things to motorists on the road or at an intersection, ” he said, adding that road users who spot such traders could contact the police.

On Jan 6, Taiping police fined four youths aged between 18 and 22 from RM150 to RM2,000 for selling pickled fruit at two traffic light junctions in town.

Social activist Norhayati Ismail said the local council, police and welfare department must find a way to get the peddlers off the roads as their lives were at risk.

“Also, we do not know the people who prepare the food, if they wear gloves and face mask when packing the sliced mango or have received their typhoid jabs.

“We also do not know if the ingredients used are safe for consumption and the condition of the kitchens where the food was packed.

“There is also the risk of Covid-19 transmission and no opportunity for contact tracing.”

Norhayati said another concern was that children were being used to sell the pickled mango.

“I am also concerned if syndicates are exploiting these children, ” she said.