Keen on getting hawker culture recognised

THE Penang government is working on having its hawker culture recognised on Unesco’s Intangible Cultural Heritage list.

Penang tourism and creative economy committee chairman Yeoh Soon Hin said it would take about five years to pursue the recognition and cost the state around RM5mil to bring the proposal to Unesco.

“It would cost the state at least RM5mil to bring the proposal to Unesco via the National Heritage Department at the Federal level, ” he said at a press conference held by Chief Minister Chow Kon Yeow in Komtar recently.

“The Tourism, Arts and Culture Ministry responded to us last year by saying it was ‘too premature’ to nominate Malaysian hawker culture as further in-depth studies were needed.

“The ministry said it would require research, inventory, conservation and documentation, which would take a long time.

“We could not make it in time, so a nomination with Singapore was not possible, ” he said.

Yeoh said Penang now has a long way to go in getting Unesco to recognise its hawker culture the same way Singapore did this week.

“Singapore was way ahead in its nomination and Penang could not do so on its own, as the Federal Government has to make the application to Unesco, ” he said.

Yeoh was responding to questions on Singapore being recognised for its hawker culture by Unesco recently.

In May 2019, it was reported that Yeoh had written to the National Heritage Department and the then Deputy Tourism, Arts and Culture Minister Muhammad Bakhtiar Wan Chik to suggest to the ministry to nominate Penang to be co-listed with Singapore, under the title of ‘Hawker Culture in Singapore and Malaysia’.

Yeoh noted that the state government had expressed its wish to be listed alongside Singapore to the state Heritage Department but was told that the nomination could be done only by a minister.

On Dec 16, the hawker culture in Singapore was officially added to the Unesco Representative List of the Intangible Cultural Heritage of Humanity. 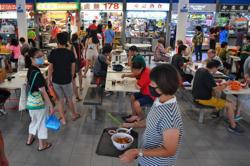 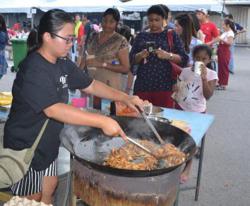