The roads from the Sultan Iskandar Customs, Immigration and Quarantine Complex toward Singapore was devoid of vehicles at the start of the movement control order, leaving the once crowded and congested Causeway deserted. — Filepic

JOHOR BARU: Johor will stand to lose out more compared to other states if Malaysia does not fully reopen its border with Singapore soon.

Universiti Teknologi Malaysia Azman Hashim International Business School Associate Professor Dr L. Nanthakumar said that with the island republic opening up its borders with other countries around the region, Malaysia must act fast.

He stressed that Putrajaya should open the Causeway and Second Link for Malaysians working there as well as allow more Singaporeans to cross the Johor Straits to come here.

“It is not only Johor that has been impacted by the border closure; nearby states such as Melaka are also affected with zero tourists coming into the country from Singapore.

“Singaporeans make up about 50% of foreign tourists to Malaysia. If we still rely solely on domestic tourists, it will not be good for the tourism sector here as locals do not have as much spending power, ” he said when contacted.

Nanthakumar noted that the Johor Baru city area had become a ghost town with many businesses closed down because of the border closure.

He also said the low number of Covid-19 cases in Johor should be one of the deciding factors for the border with Singapore to be fully open once again.

“The Federal Government should not treat Johor like any other state, as the economy here depends very much on Singapore, ” he said.

Even though both countries started the Reciprocal Green Lane (RGL) and Periodic Commuting Arrangement (PCA) on Aug 17, the number of people travelling to both sides remained quite low.

As of Oct 13, the number of travellers using the RGL scheme stood at 1,355 while 8,077 visitors were using PCA passes.

Meanwhile, Johor Indian Muslim Entrepreneurs Association secretary Hussein Ibrahim said businesses in the state were currently at a critical level as it had been more than seven months since the border closed.

“We have about 328 members involved in various businesses, including moneychangers whose business is the most badly affected.

“The Federal Government should discuss with its Singapore counterparts to find a solution and open up the border so that it will be a win-win situation for both sides.

“This can help ensure safety of both countries and their citizens during this global pandemic, ” he added. 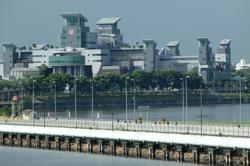 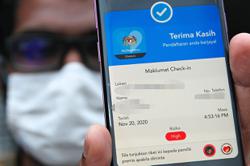