Krishnaveni with the posthumous award which she accepted on behalf of her late husband, Chinnathambi.

IT WAS a bittersweet moment for Krishnaveni Krishtnan when she walked on stage to accept a posthumous award on behalf of her late husband Chinnathambi Chinniah for his outstanding service and contributions to society by the Malaysian Prisons Department.

“All I could think of was how happy he would have been to be here to experience this moment with his family and friends.

“Sadly that was not meant to be. I am glad there are people who still care about him and his work,” she said.

The award was to honour Chinnathambi’s work in counselling prison inmates in the country for more than 15 years.

The 71-year-old had died from lung cancer just two months before he was due to accept the award.

As part of Malaysia Hindu Sangam, Chinnathambi would visit prisons each week to offer support and counselling to many Indian inmates.

“Some of the inmates had been disowned by their families and had no support system.

“But Chinnathambi was like a father to them. He would talk to them about religion and adapting to life after being released from prison,” Krishnaveni said.

She added that he would organise Deepavali and other religious celebrations for them each year.

“It was a chance for the inmates to socialise and celebrate special occasions,” she said, adding that they had a lot of support from the prisons department to carry out the activities.

Krishnaveni said through his work with Malaysia Hindu Sangam, Chinnathambi left a legacy by establishing a module that could be used to teach Hindu inmates about religion.

“It was not just about religious teachings as he gave them motivation and instilled within them that there was a purpose to life,” she explained.

The Modul Hindu Dharma now serves as a resource for those teaching religion to inmates.

“He has been involved in social activism from a young age because he grew up in hardship,” said Krishnaveni in explaining her late husband’s background.

Concerned about the plight of his community in Sentul, Chinnathambi would counsel and help young people in the area.

“He would advise them on education and career matters as well as help those in poverty.

“Because he grew up in similar surroundings, he was attuned to their problems and wanted them to have a chance at a better life,” Krishnaveni said.

She added that Chinnathambi’s work as a diagnostic research assistant at the Plant Quarantine Department with the Agriculture Ministry did not stop him from carrying out volunteer work during weekends.

Krishnaveni said she was happy that his contributions was not only cherished by their four children but also his friends, colleagues and former inmates. 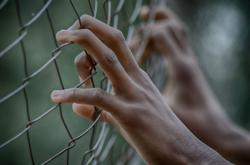