THE old railway bridge in Pinang Tunggal, constructed by British colonists to link Kedah and Penang across Sungai Muda, remains an iconic structure for locals.

Decommissioned in 2008 and no longer in use, the 200m-long wrought iron bridge is still intact.

Locals are hoping that it will be preserved as a heritage and tourist attraction.

Among them is 63-year-old Lay Kok Peng, who grew up nearby and has fond memories of the bridge.

“When I was a child, I played around the bridge and crossed it to visit friends on the other side.

“I can still recall the rumbling and whistling of trains passing by, some ferrying passengers and some carrying cargo.

“There is a lane at the side of the bridge which motorcyclists, bicyclists and pedestrians used to cross the river.

“To us locals, the bridge is a landmark and we still bring friends to visit it.“I hope the government can preserve what’s left of it although the rail and sleepers have been removed,” said Lay.

Villager Kamarulzaman Hamid, 42, said despite the bridge being abandoned and closed to the public, it still receives many visitors, especially on weekends.

“They climb over the fence to take photos on the bridge. Some wedding couples come to have their photoshoots too.

“There is much potential for economic development if the place is beautified for tourism,” he said.

The bridge is believed to be built between 1912 and 1915 when the railway line between Alor Setar and Bukit Mertajam was constructed by Federated Malay States Railways.

During World War II, the Allied Forces led by the British bombarded the bridge to thwart Japanese troops from advancing to the rest of the peninsula in 1941.

It was featured in a scene in the movie ‘The Journey’, produced locally.

New concrete bridges for vehicles and modern trains to cross have since been built not far away to replace this railway bridge.

Penang history buff Timothy Tye believes the bridge’s huge iron frames as well as the tough and resilient nuts and bolts were likely shipped from Britain.

“The best clue to the design’s conception lies in the bridge’s close resemblance to the Guillemard Bridge built by the British in Kelantan in 1924.

“One can also draw comparisons with Victoria Bridge, another railway truss bridge, built over Sungai Perak in Karai in 1900.

“The Pinang Tunggal Bridge is, however, unique compared with other bridges of that time in that it did not have any supporting pillars embedded into the riverbed.

“The entire structure was built to straddle between sturdy brick abutments – shaped like the circular turrets on the rampart of a castle – on the grassy banks on both sides of Sungai Muda,” wrote Tye in his website, www.penang-traveltips.com.

“It is a hidden gem, worth promoting as a tourism product.

“We need to ensure safety aspects are in place and ascertain the integrity of the structure before allowing visitors to walk on it.

“Discussions will be held with Seberang Prai City Council to turn the bridge into a new product,” he said. 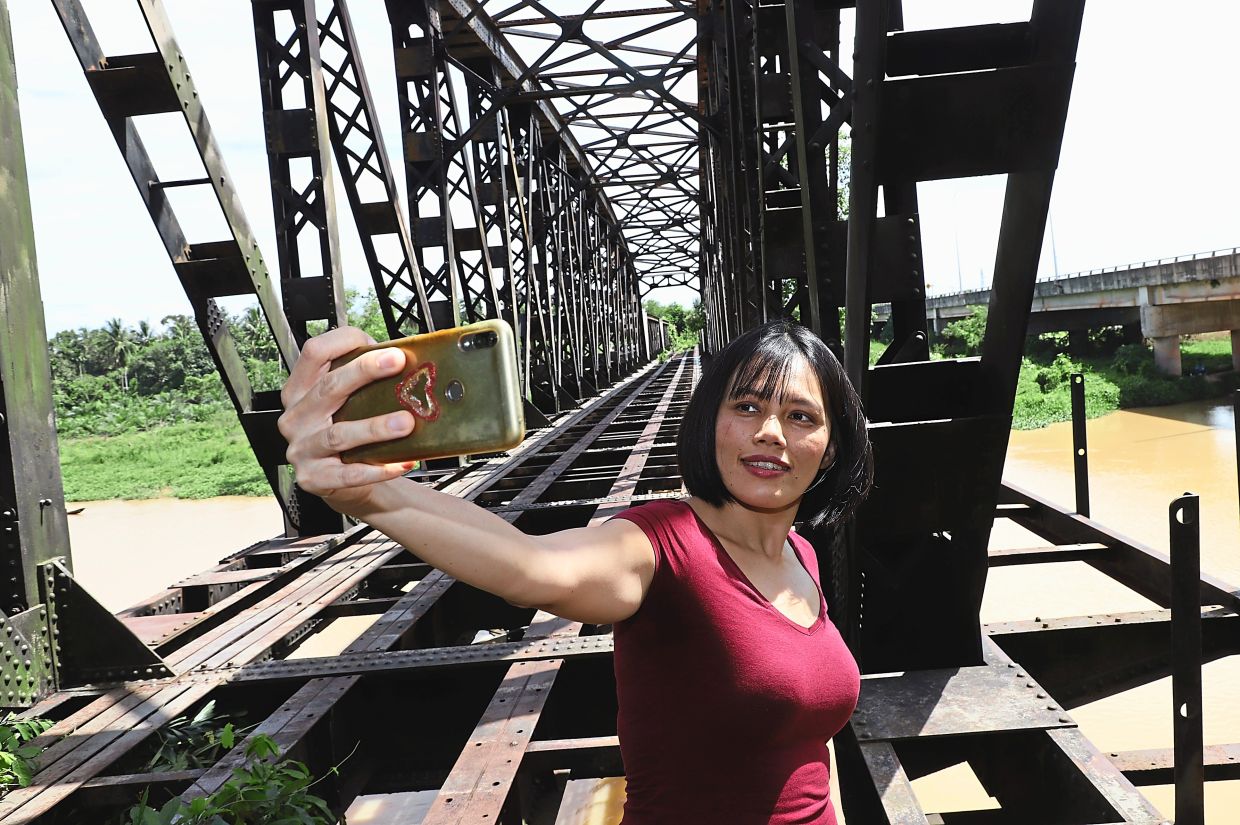