Entertainer and his wife turn creative to survive

Tee showing the handmade noodles to his mother Lee Kim Hiok, 87, at their home in Parit Bakar, Muar.

MUAR: Left with no business due to the Covid-19 pandemic, a local entertainer and his wife turned his grandmother’s noodle recipe, made using a large handspun wheel previously used to roll latex sheets, into a source of income.

The couple Tee Xiao Zheng, 51, and Liaw Pei Enn, 43, who used to emcee and perform at events, said they had to get creative after finding themselves without any income as all functions were cancelled during the movement control order (MCO).

One day in May when Liaw was spinning the wheel at the back of their house in Parit Bakar here to make some noodles for the family for lunch, Tee got the idea of producing the noodles for sale.

“The noodle recipe has been in my family for ages, where it was first made by my grandmother. It was passed down to my mother who taught us how to make it for our own consumption.

“Initially, my 87-year-old mother was against the idea of us selling the noodles because she said it was too much work and tiresome but I really had to do something to get my family by,” he said.

Tee said it was not all smooth sailing at first, as it took some time to get the recipe right for mass production.

“We used to only make small quantities of the noodles for meals at home and will usually cook it right after.

“We had to tweak the recipe accordingly to keep it fresh for a longer time as no preservatives are used,” he said, adding that customers’ feedback also helped him in making the adjustments.

He said each batch only produces about 3kg of noodles and they now produce up to 50kg to meet orders from nearby restaurants and noodle stalls.

Tee explained that the ingredients were first mixed by hand in a tub before putting the shaggy dough between the rollers to be spun by hand into smooth sheets.

“After that, we cut the dough into smaller sheets before putting it through another handspun equipment to cut them into noodle strands,” he said, adding that the noodles were then hung on steel rods to dry completely and packed.

He said spinning the large wheel continuously for long hours was the most strenuous part but was the key in producing the springy texture of the noodles.

As the recipe contains minimal amounts of water, the noodles needed to be cooked slightly longer than the typical noodles, added Tee.

He said he had help from his sister and her daughters during the MCO but now the tasks are fully handled by him, his wife and their 11-year-old son Terence.

“Luckily my son is willing to help and has shown a deep interest in the traditional noodle-making method.

“Hopefully one day we can pass the family recipe down to him to keep my grandmother’s tradition alive,” he said. 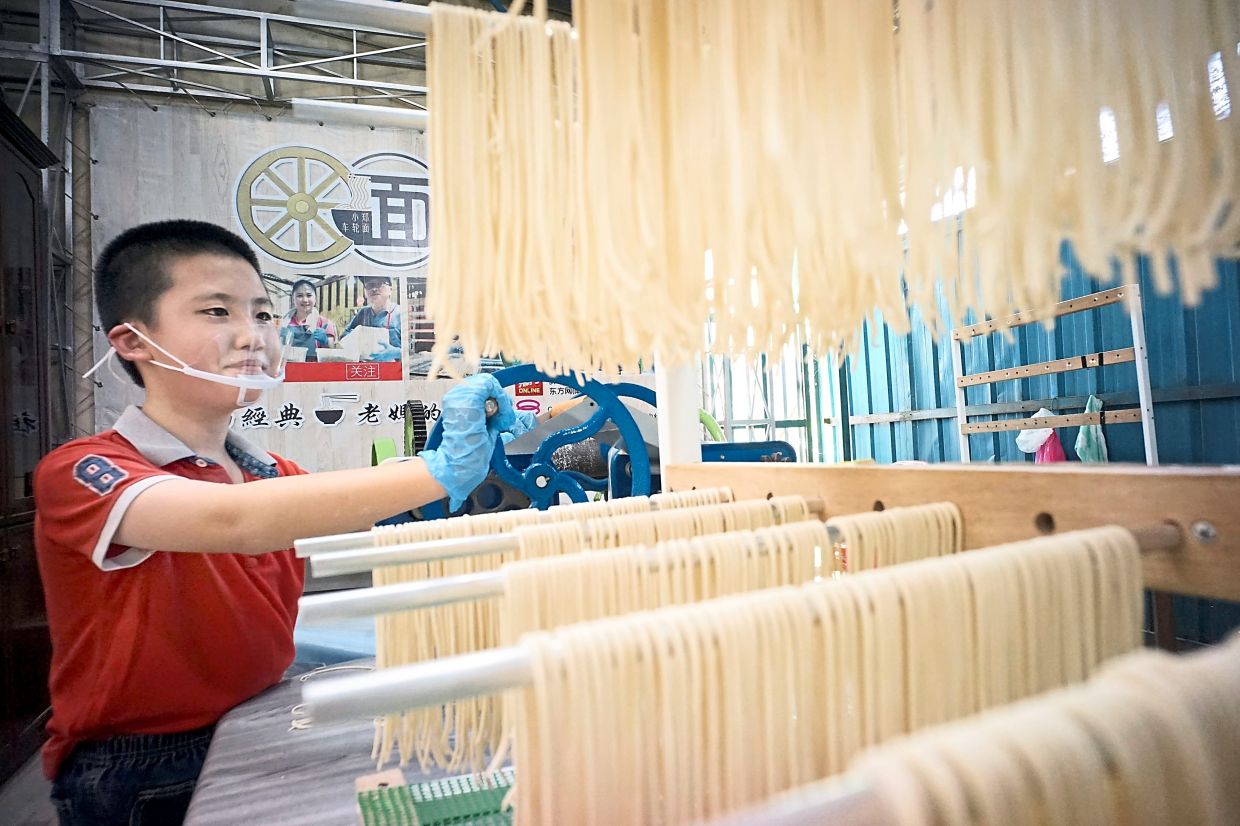 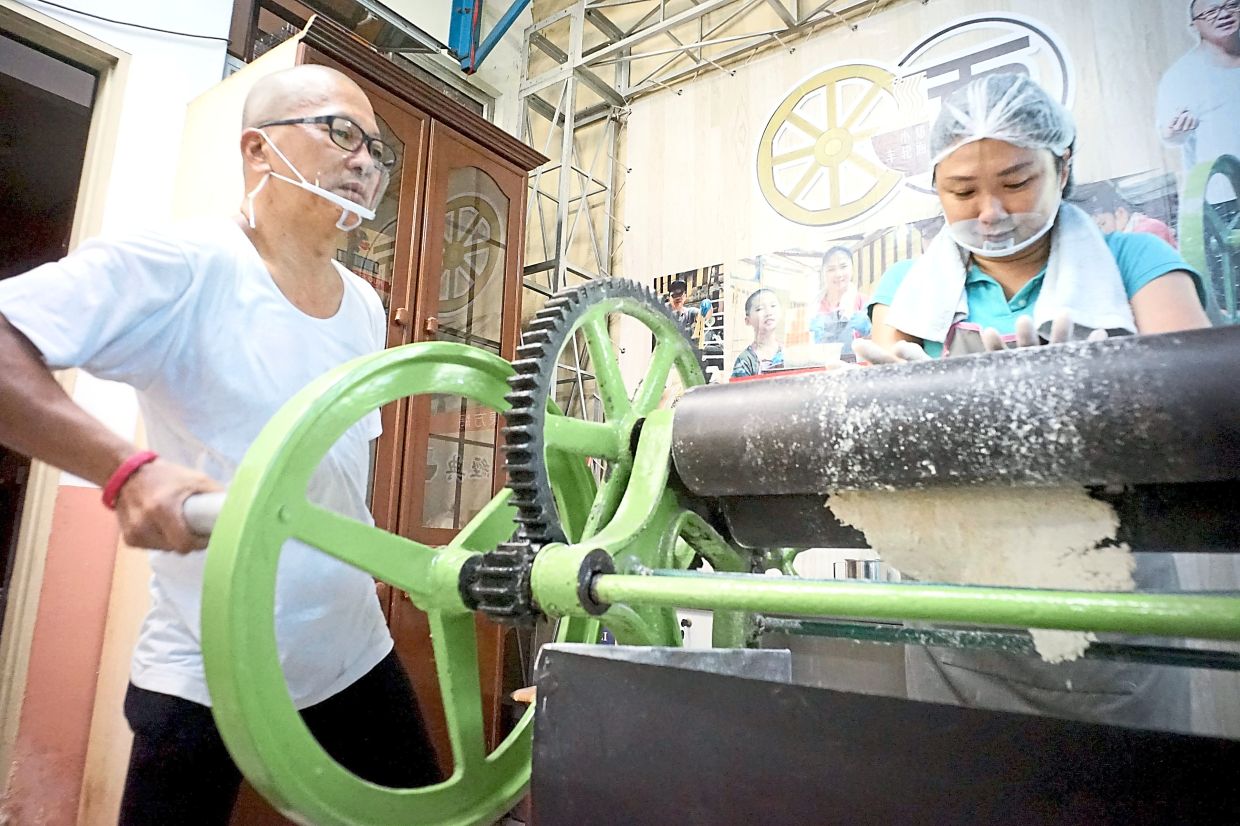 Tee showing the handmade noodles to his mother Lee Kim Hiok, 87, at their home in Parit Bakar, Muar.

Tee (left) spinning the large wheel as Liaw feeds the dough through its rollers. - THOMAS YONG/ The Star 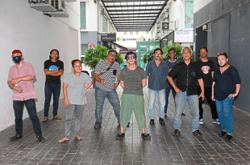 Recipes for survival of musicians