JUST getting to the finish line of a gruelling full marathon (42km) is already a huge achievement for many.

But three people did more than that for the love of the country.

They completed a 63km run to mark the 63rd National Day in Penang.

Finance department head Liong Chian Min, 49, who finished the run in six hours and 54 minutes, said he wanted to do something special for the celebration this year.

“I love running and this is my simple way of showing patriotism, ” he said. Runners in a happy mood after completing the Merdeka challenge.

Liong was among 40 members of the Old Free Runners Associates (OFRA) who started the Merdeka run at Straits Quay Retail Marina in the wee hours on Monday.

Muhd Amirul said it was the first time he had completed 63km.

“I decided to challenge myself to celebrate National Day as I have never run such a long distance before.

“My legs are numb now after running for six hours. 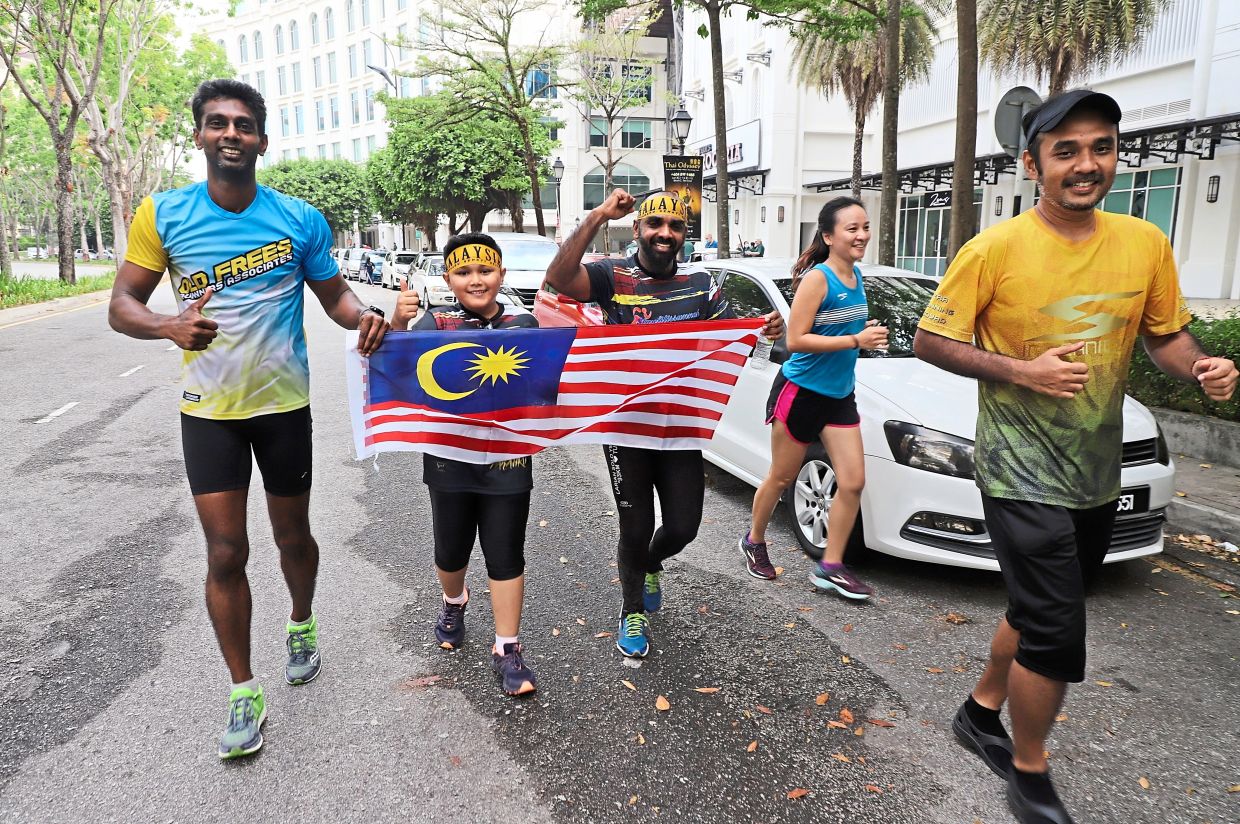 Participants running with the Malaysian flag.

“I used to represent my school in sprinting events and took up marathon running only after I graduated from high school.

“To maintain my stamina, I train about three hours every morning and evening, ” he said.

Adli Zil said the run was organised for the first time since the club was set up in 2018.

“The runners were flagged off at different times.

“We three tackling the 63km challenge were the earliest to start at 1am.

“Since we are still in the recovery movement control order phase, we made sure that all the participants adhere strictly to the standard operating procedures.

“They had to register through the MySejahtera app and had their temperatures taken before the event, ” he said.