In rhythm with a healthy nation

IF you visit Penang City Park in George Town on Sunday mornings, you will see an enthusiastic group dancing and gyrating to music.

Led by aerobics instructor Jeorge Subramaniam, 72, the sessions were initially conducted four times a week at both the park and New World Park before the movement control order (MCO) was imposed in March.

Now, the sessions are held only at Penang City Park (formerly known as Youth Park).

“We decided that the Covid-19 pandemic should not dampen our spirits and we continued our sessions when the time is right.

“However, we have only about 100 regulars now due to the strict standard operating procedures that we need to follow, ” he said.

Jeorge, who is also Penang Fitness Association president, said those who attended his sessions had been doing aerobics for years, adding that he had coached thousands of people over the last three decades.

He has been teaching the exercise moves since 1992.

To mark National Day this year, there will be a small celebration with the singing of patriotic songs and waving of flags on Aug 30.

“About 100 people will also be taking part in a marching aerobics session, with full compliance of the SOP.

“It will be held at Penang City Park’s open air theatre at 8am, ” he added. 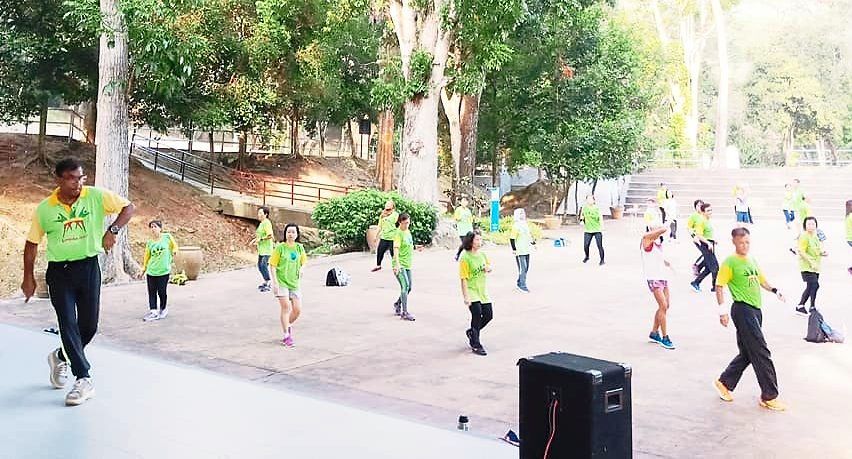 Jeorge leading the group members with some exciting steps.