Penang in no hurry to speed up expansion work unless pandemic over, says CM

A view of the construction works at the Penang International Airport.

THE Penang International Airport (PIA) expansion project has been postponed due to the Covid-19 pandemic.

Chief Minister Chow Kon Yeow said he would leave it to the Malaysia Airport Holding Berhad (MAHB) on when to start the project.

He said with the current passenger volume dropped to less than 1,000 a day, the existing airport capacity is sufficient to cater to the current traffic volume.

“Because of the pandemic, I cannot be asking them to speed up the work because they’ll have their own consideration.

“I think at the moment, no agencies will be able to forecast what’s going to happen in the next one year so we will leave it to the Federal Government to consider all factors.

“No hurry unless the Covid-19 is over and the travel restriction has been lifted, ” he said after launching the state-level National Month and Fly Jalur Gemilang Campaign at Plaza Toll Complex of Sultan Abdul Halim Muadzam Shah bridge in Batu Kawan on Tuesday.

Chow was responding to the Transport Ministry’s announcement that any proposal for new airport development, including the expansion and upgrading of the PIA, would only be considered after the National Airports Strategic Plan (NASP) study had been finalised. 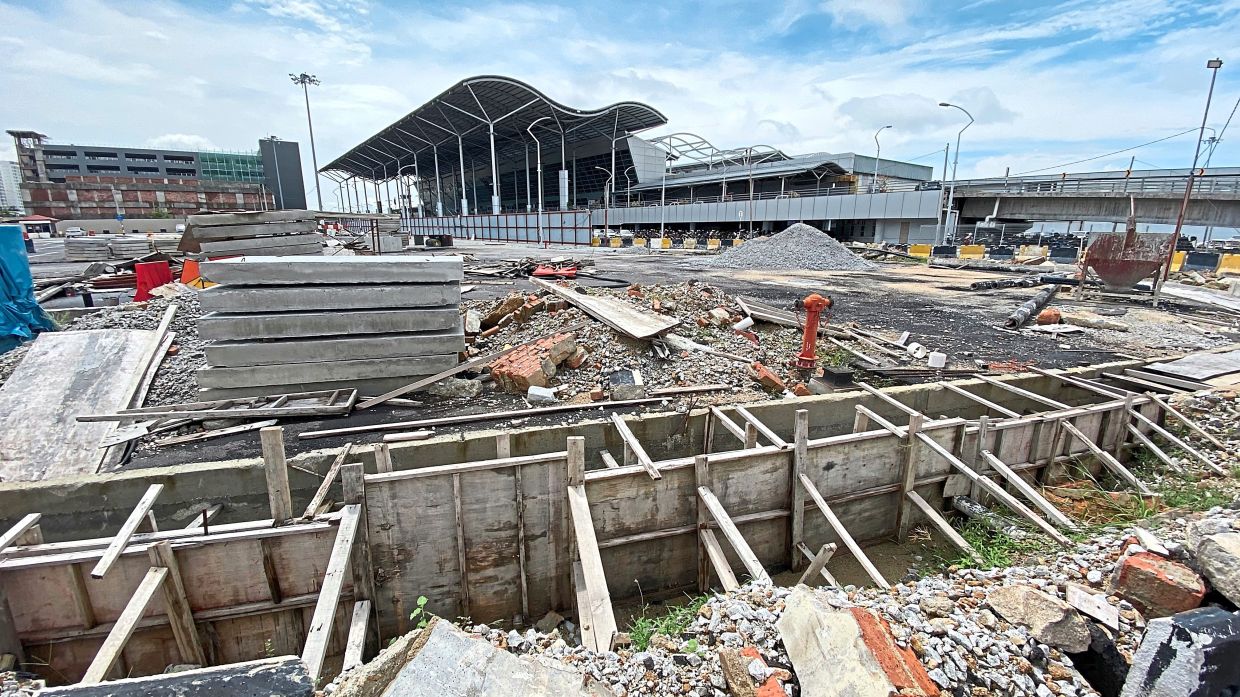 A view of the construction works at the Penang International Airport.

An army marching band from the 2nd Division of the Malay Regiment in action during the launching of the National Month and Fly Jalur Gemilang Campaign.

Chow fixing the Jalur Gemilang on a vehicle after launching the campaign in Batu Kawan.