Poh at Sungai Jasin in the Endau-Rompin National Park which is still pristine and categorised as a Grade A river.

JOHOR has the highest number of polluted rivers in the peninsula, based on Environment Department (DOE) data.

A total of 16 out of the 25 dirtiest rivers are in the southernmost region of the state.

Safe Johor River founder Poh Pai Yik said the DOE figures were alarming as the rivers were the main source of raw water supply in Johor.

“A severe water crisis is looming in Johor in the coming years if the state government fails to address the matter,” he said.

Poh attributed the pollution to economic activities along both sides of the riverbank such as illegal sand mining, cultivation of commodity crops, vegetable farming, poultry breeding and illegal factories.

He said those living along the riverbanks, including squatters, also treated rivers as a huge dumpster and threw rubbish into these waterways.

“Deforestation is another major factor which is causing pollution in Johor rivers,” he pointed out.

Poh said most of the 16 rivers were categorised as dead rivers, where the water quality was unfit for swimming and even marine creatures could not survive.

Among the dead rivers are Sungai Tukang Batu and Sungai Pasir Gudang in Johor Baru, Sungai Merah in Pontian, Sungai Jemaluang in Mersing and Sungai Kahang in Kluang which are contaminated by sand mining activities.“Polluted rivers have also caused hardship to inland fishermen, including Orang Asli, as their catch has dwindled over the years,” said Poh.

He said the mangrove areas along the rivers were no longer the breeding grounds for freshwater fish, udang galah (freshwater prawns), edible snails and ketam bangkang (mud crabs).

Green Earth Society Johor president P. Sivakumar hoped strict action would be taken against those found encroaching into the buffer zones on both sides of the riverbank in Johor.

He said the 50m buffer zones should be free from human activities such as vegetable farming, commodity crop cultivation and sand mining.

He also said the authorities should inspect the sites to see for themselves how bad the situation was along riverbanks in Johor, including Sungai Johor as the river was the main source of raw water supply in the southern part of the state.

He noted that failing to observe regulations, insufficient laws to protect water sources and lack of enforcement were the main reasons people encroached into buffer zones.

Sivakumar said buffer zones on both sides of the river should be left intact with vegetation such as grass or secondary forest as they would trap silt from flowing into waterways.

“The state government must act fast to protect our water sources and prevent a water crisis.’’

He said signs were already there based on incidents over the years, like contamination in Sungai Johor which caused inconvenience to hundreds of thousands of consumers in south Johor when their taps ran dry. 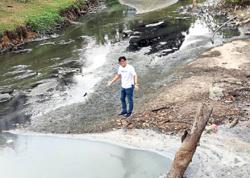 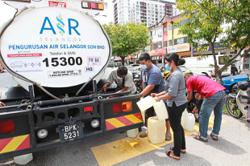 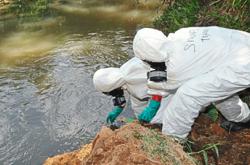