TNB says its employees in critical services, including security personnel, are on duty throughout the MCO.

TWO public utility providers have stated that they will continue operations during the movement control order (MCO) period but with some precautionary measures implemented.

Tenaga Nasional Bhd (TNB) employees involved in critical services will be on duty throughout the duration to ensure smooth operations of its power stations and continued supply.

“Apart from power generation, other TNB technical teams directly involved in the critical services category will continue to work to make sure customers receive uninterrupted and stable electricity supply, ” he said.

Those teams, he said, comprised technical employees in grid and distribution network, restoration and reconnection works and mobile generator facilities as well as those in its CareLine customer services and security.

Roslan said that disconnection of electricity supply over unpaid bills was temporarily put on hold.

He said TNB had also suspended meter reading and its Kedai Tenaga operations to safeguard its employees and the public.

The utility company urged customers to opt for online payment such as through myTNB portal and other apps.

In case of power outage, customers can cal l15454 or go to the CareLine Facebook page.

Indah Water Konsortium Sdn Bhd (IWK) announced that it had implemented proactive measures to curb the spread of Covid-19.

In a statement, the company said its working schedule was coordinated among employees to ensure minimal involvement and deployment for the duration of the restriction order.

“The maintenance of all 6,952 IWK sewage treatment plants and 1,236 IWK network pumping stations continue as usual with a 50% reduction in workforce.

“Sanitation items and personal protective equipment such as gloves and face masks are provided to employees.”

It had also closed the payment and inquiry counters at its headquarters as well as customer service centres nationwide, including those in Urban Transformation Centres and IWK Certifying Agencies until March 31.

Meanwhile, the company said it had carried out disinfection at its head office and some of its treatment plant offices even as health screening was conducted for all employees on duty.

“Social distancing measures is also introduced, especially in confined spaces such as elevators.”

“It also stated that desludging services would be provided upon request, via WhatsApp on 013-395 1200.

Its customer service line of 03-2083 2828 operates from 8am to 9pm. Alternatively, customers can email care@iwk.com.my for inquiries. 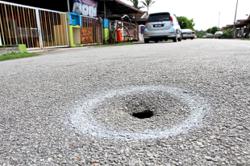 Banting sinkhole repairs to go on despite restriction order 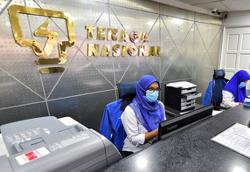 TNB reopens Kedai Tenaga in green zones from May 12