Put the lid on beach litter

Students busy picking up trash along Pantai Robina in Butterworth during the beach cleanup jointly organised by the Seberang Prai City Council and Rotary Club of Butterworth.

The students, who were Interact Club members from SMK Convent Butterworth and SMK St Marks Butterworth, were assisted by their teachers and members of the Rotary Club as they participated in the beach cleanup, stretching about 5km.

In congratulating the participants, Rotary Club of Butterworth president K. Jeyabalan said he was happy to see the Interact Club members from the two schools coming together to work for a good cause to keep the environment clean.

He said nearly 100kg of rubbish was collected in just within a short period.

“This is only the tip of the iceberg as rubbish from only a short stretch was collected during the gotong-royong.

“Despite awareness on anti-littering, irresponsible people are still throwing rubbish into the sea.

“Despite the Seberang Prai City Council (MBSP) and state government coming up with policies on no-plastic day and no single-use plastic, we still see their habit of throwing them everywhere,” he said. 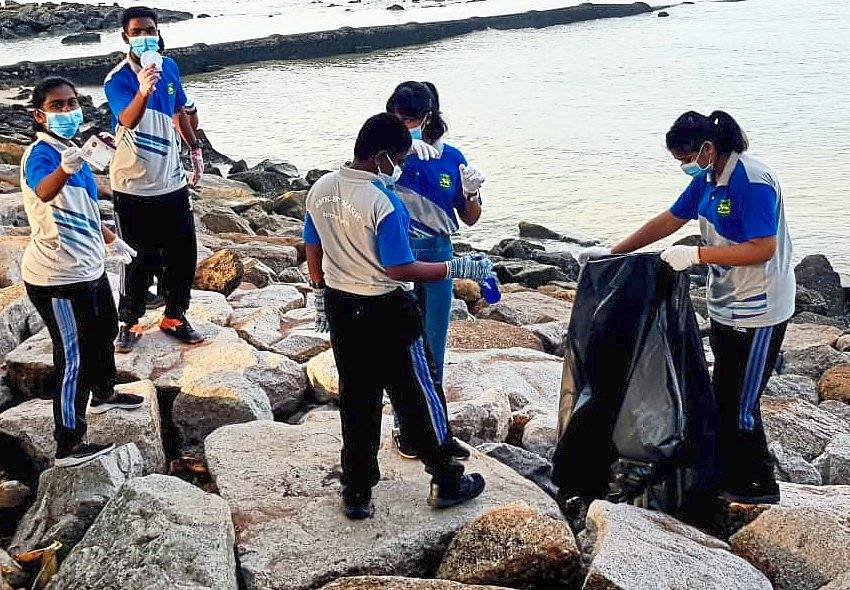 The students putting the rubbish into a large garbage bag during the beach cleanup.

Jeyabalan said he was also sad to see that there was no signboard found at the beach site asking the public to keep the place clean and to throw rubbish into the bins provided.

“If visible signboards are placed at the beach site, people will feel guilty and stop throwing rubbish into the sea.

“We have the anti-litter law in the state, which is already enforced and I am wondering why no enforcement action is taken against culprits who pollute the seaside.

“We need more enforcement from the local authority to come in disguise and fine those who litter the place.

“We can do a lot of gotong- royong to clean up the place but it will bring no change if the people’s attitude remains the same,” he added.

The event on Saturday was a joint project between the MBSP and Rotary Club of Butterworth. 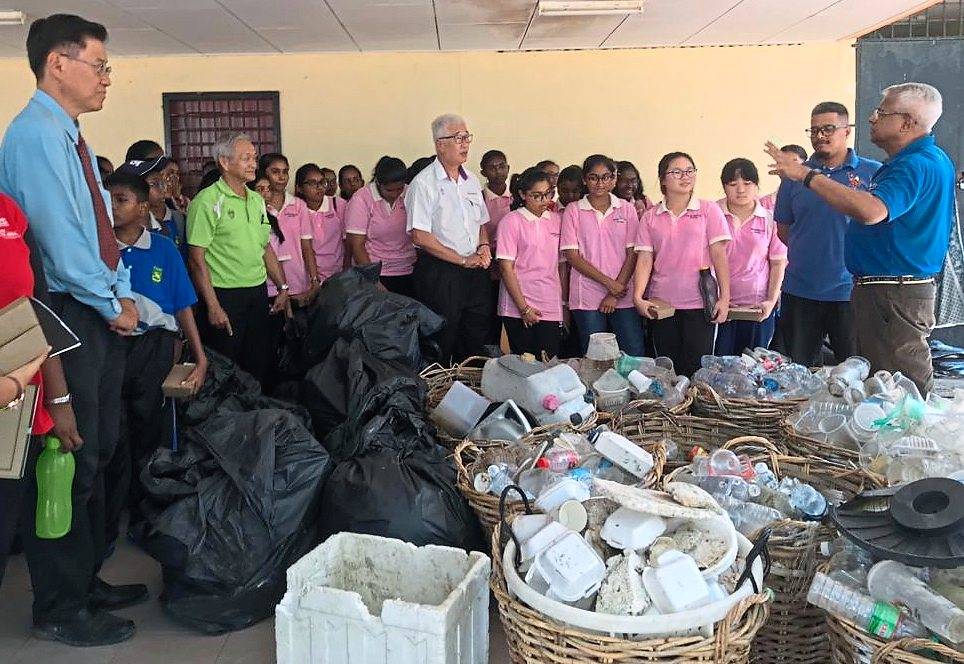 Jeyabalan (right) briefing Phee (in white shirt) about their collection of trash from the beach in the presence of the students, Tan (left) and Chew (green T-shirt).

“I got to admit that the enforcement is very weak but we are also facing a lot of challenges.

“We will definitely look into this. We have a lot of laws which we want to implement.

“We will be meeting MBSP this month to review a lot of laws and how we can do the enforcement,” he said.

Phee also praised the students for their commitment towards cleanliness and called upon them to be ambassadors of MBSP when it came to cleanliness.

He urged the students to spread the message of cleanliness and hygiene.

“Share your experiences with your friends. You are fortunate to participate in this event but you have friends who do not have the same opportunity to come here for the event.

“In fact, as ambassadors of MBSP in the name of cleanliness, go back and tell your parents to keep our houses clean,” he said.