Ready to welcome Year of the Rat

SOME 2,500 bright red lanterns will illuminate several streets within the heritage enclave of George Town to usher in Chinese New Year celebrations.

Armenian Park is decked with lanterns, cherry blossoms and polystyrene figurines that have turned it into an Instagrammable spot.

Among those seen taking snapshots with the decorations were Lee Yoon Yin, 72, and her neighbour Leow Kooi Hwa, 71.

Lee, who was born in the Year of the Rat, brought along her two granddaughters and three children under her care.

“As this year is ‘my year’, I look forward to celebrating the auspicious day with my loved ones.

“I will prepare dishes such as chicken curry and lobak for our family reunion dinner, ” she said.

Leow said she would take part in the Miao Hui (Temple Festival) this year by volunteering at the Penang Chinese Physicians and Druggists’ Association.

“I have taken part in the Miao Hui several times, ” she said.

Also seen at the park was Argentinian tourist Juan Braun from Buenos Aires, who was in Penang for a break.

“This is my first week here but I have been coming to Penang regularly to celebrate Chinese New Year here for the past 10 years. 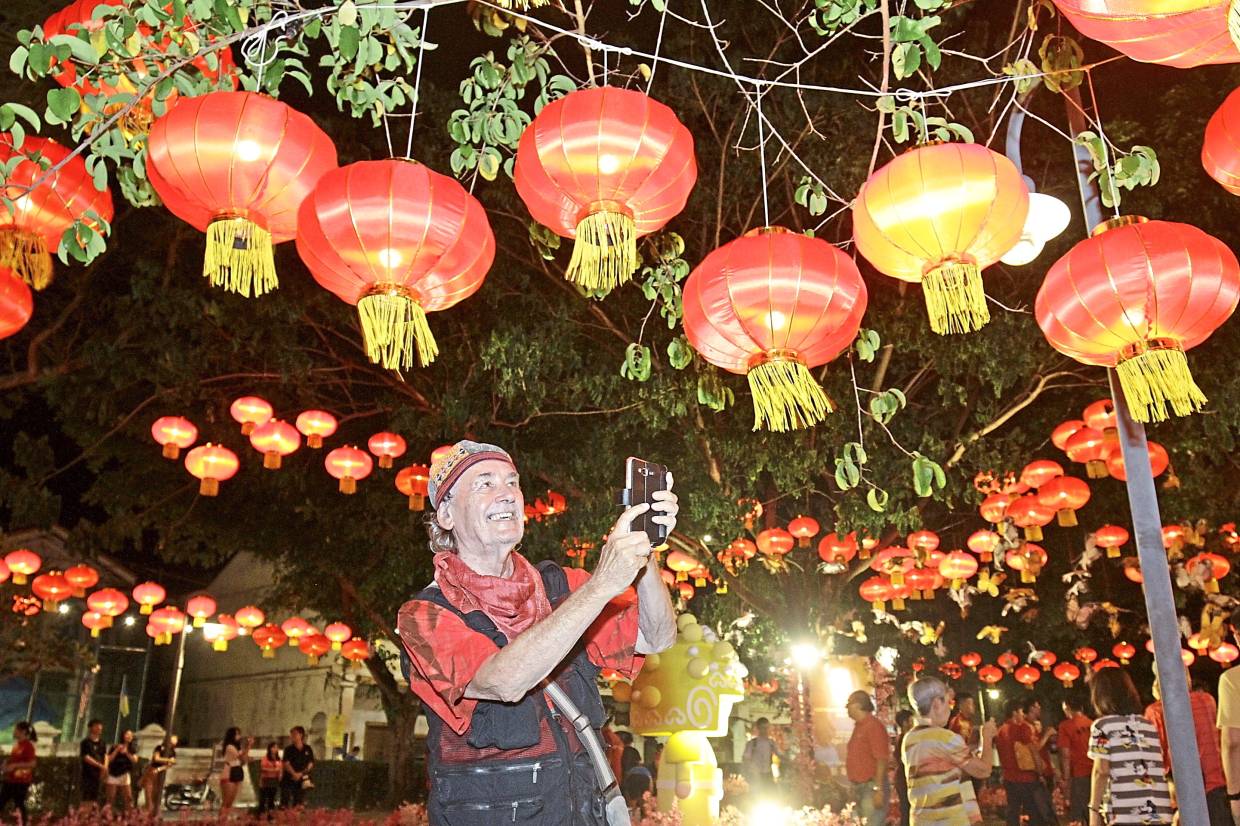 “I will only be leaving Penang on Feb 6 but and will also be making a short trip to Bali, Indonesia, in between.

“This is my first time visiting Armenian Park and the decorations here are simply fantastic.

“I enjoy watching traditional Chinese performances, especially the dragon dance, ” said the writer in his 70s.

Lee, Leow and Braun were among hundreds who attended the lighting-up ceremony at the park.

With the theme “A Journey of Reminiscence”, the park will be one of the main locations for the Penang Chinese New Year celebrations this year.

Both tourists and the local community can look forward to the Miao Hui which falls on the ninth day of Chinese New Year on Feb 2.

The annual event will involve 23 Chinese clan houses and temples, 14 performing stages or zones and 12 streets within the George Town heritage site.

Meanwhile, Penang Chinese Clan Council chairman Datuk Yeap Beow Chong said that there are 23 Chinese clan houses and temples in Penang that are over a hundred years old,

He added that many of the members had contributed their time, energy and wealth to make Penang what it is today.

“As their contributions are not recorded in textbooks, many of them have been forgotten.

“We hope that through this event, we can share with the public some of their contributions.

“We started our preparation for the celebration since March 17 last year.

“This year, we also invited students from primary and secondary schools as well as universities on both the mainland and island to take part as volunteers. 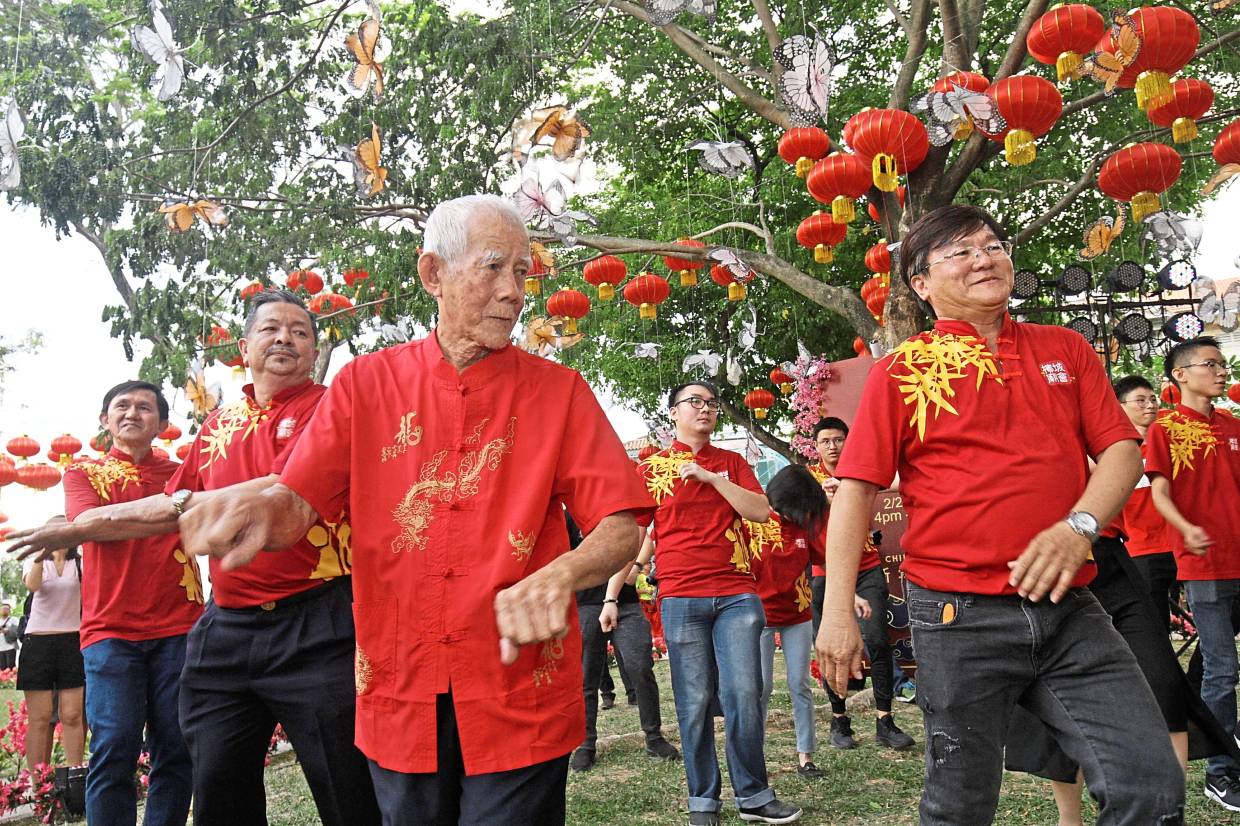 Volunteers leading the flash mob during the lighting-up ceremony at the park.

“Currently, we have 800 volunteers and hope that the number will increase, ” he said.

“The celebration is famed as a popular cultural brand among locals and foreigners and is the most eagerly anticipated cultural highlight during Chinese New Year for many.

“It is not just celebrated for a day and has helped uplift the promotion of Penang’s cultural heritage, ” he said.

Chow also urged the public to join in the celebration and committed himself to attending the event on Feb 2.

“I will stay throughout the night to visit the stalls, watch the performances and to be with the people to celebrate the Lunar New Year together.

“I also urge corporations to come forward and support this event, ” he said.

During the ceremony, Chow joined several assemblymen and city councillors from the Penang Island City Council in a flash mob led by volunteers.

There were also mock cheque presentations from several sponsors to the state government for the event.