SCORES of well-wishers and volunteers were the key to this year’s “Bigger Than King Kong” charity football fundraising event that managed to raise more than RM65,000 for National Cancer Society of Malaysia (NCSM).

The event was organised by a circle of friends to raise funds for causes that were near and dear to their late friend Ramanan Durairaj, who lost his courageous battle with cancer in 2018.

The amount raised this time was more than double of last year’s RM32,697 for National Cancer Council Malaysia (Makna), thanks to the efforts of all parties involved who also turned an overgrown patch of land meant for archery into two football pitches.

From last year’s edition which was held just six weeks after the passing of Ramanan and tinged with sadness over their loss, this year’s event focused on bringing together people from all walks of life in support of the fight against cancer.

One of Ramanan’s childhood friends, P. Pramugh, who mooted the idea for last year’s edition, said “Bigger Than King Kong brought together families and friends in support of many others who continued to bravely fight cancer every day.”

The fundraising for NCSM was primarily conducted via online fundraising and a crowdfunding platform, Simply Giving.

Additional funds were raised during a tournament held at the Bukit Kiara Equestrian and Country Club earlier this month, after months of planning by

the volunteers to put together a tournament for adults and activities for children.

As with the previous edition, the funds raised from the day’s activities (children’s carnival games and raffles) were donated to the cause.

Even the food truck operators and Locker & Loft pop-up bar contributed a percentage of their sales.

The teams were also tasked with a mini fundraiser and were each given a target of RM1,500.

Despite a morning downpour, spirits were not dampened and the tournament went ahead as planned.

In the end, Desa Hartamas FC lifted the cup when they beat KL Galaxy 2-0 on penalties after a 1-1 tie in the Cup final.

SKJ Misfits were the Bowl winners following a 2-0 win over the Little League Soccer Dads.

Pramugh said NCSM was the chosen beneficiary in 2019 because of its vision of “Living in a world without cancer.”

“Our aim is to help work towards a world that one day can be in some shape or form cancer- free.

“And a big reason why we chose NCSM is because they do a lot of work to help the B40 group and for public awareness as well, ” he said.

“What we saw last year was a big group of people brought together by the passing of Ramanan and there was sadness.

“This year, we were able to reach out to more people and we saw an extended circle of friends and families as well as friends of friends involved in the cause.

“We are still honouring Ramanan’s memory but we honour him with the fight against cancer and our aim is to keep growing.

“While the event will always be held in his memory, the cause has grown into something bigger than us and for whatever little bit that we can do, we want to keep doing it for as long as we can, ” Pramugh added.

NCSM marketing director Yeap Chong Wei, who was present at the fundraiser, said the amount raised would be put to good use and help NCSM run their programmes as well as provide affordable screening services.

“The money will be channelled to our general fund and be used in areas that need more money, such as our various community programmes such as Children’s Home of Hope for child cancer patients and Quit Smoking Programme.

“I have to thank the organisers for coming to our aid.

“They are a very committed bunch and doing a great job not only on the fundraising part but spreading awareness as well, ” said Yeap.

Pramugh said Simply Giving enabled many people to reach out and contribute to the cause regardless of whether they knew Ramanan.

“It was not just through those who knew Ramanan but also those who have been touched by cancer.

“At the end of the day, we are very aware of the great number of people who are suffering from cancer and still fighting it every day, ” he added. 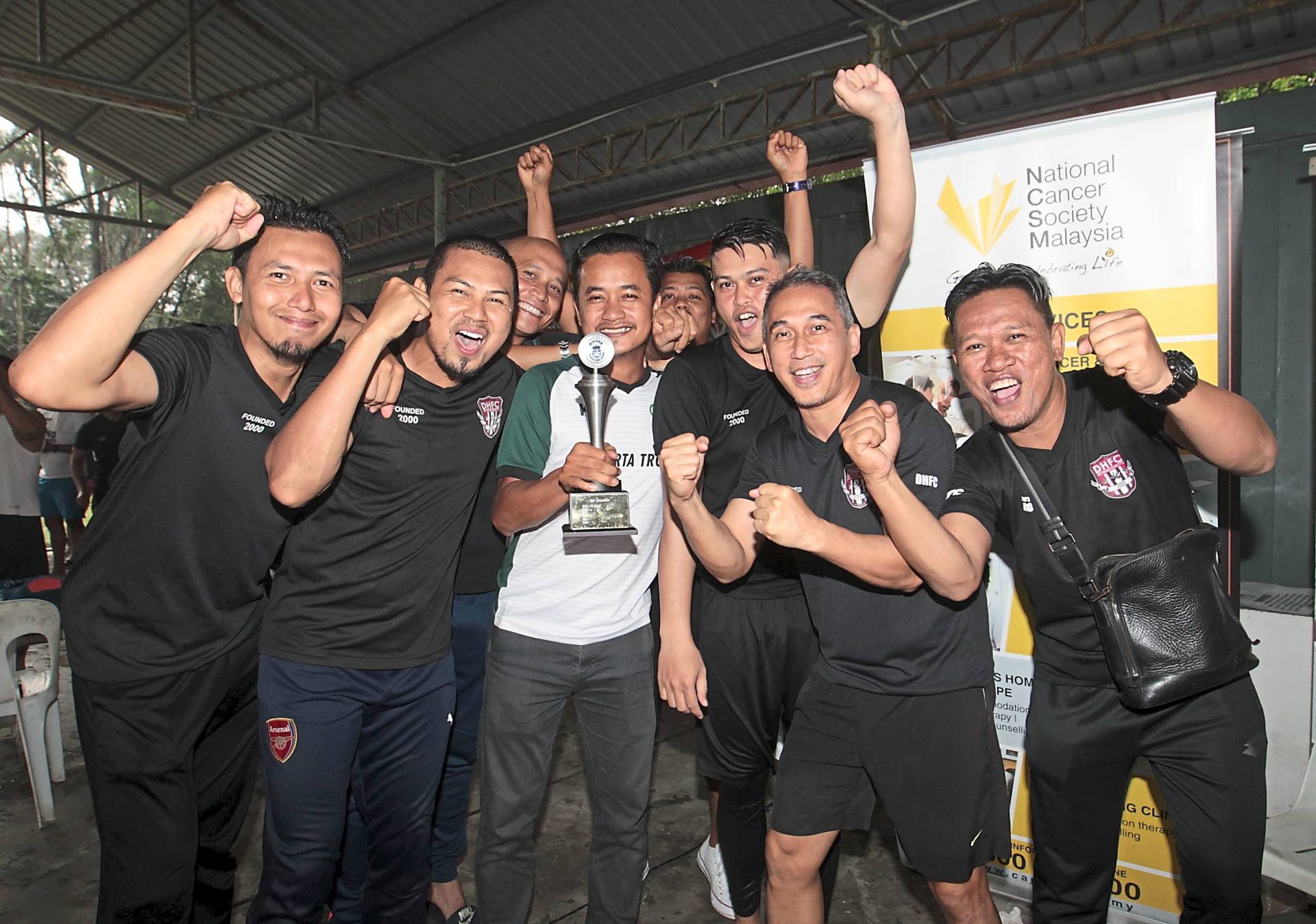 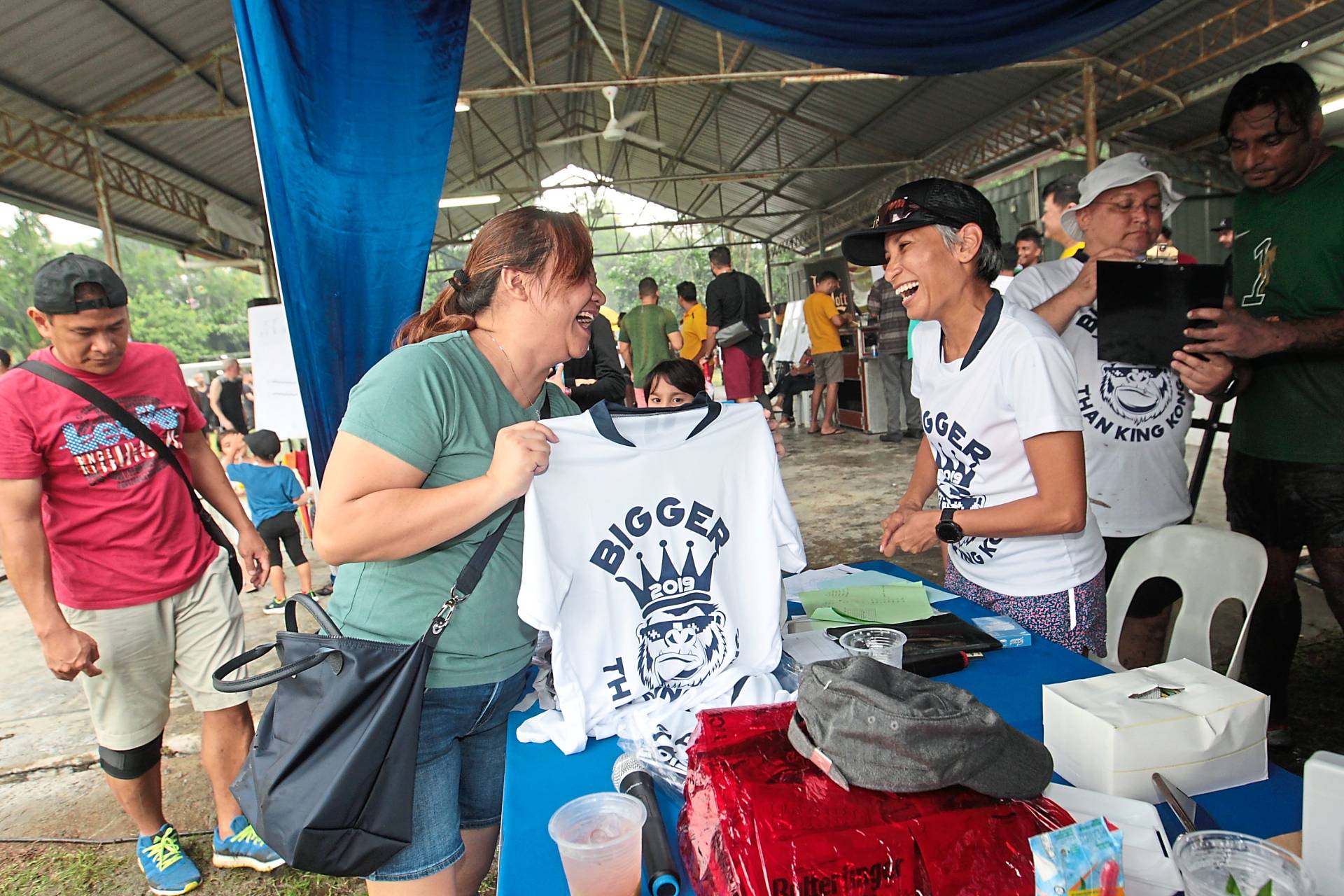 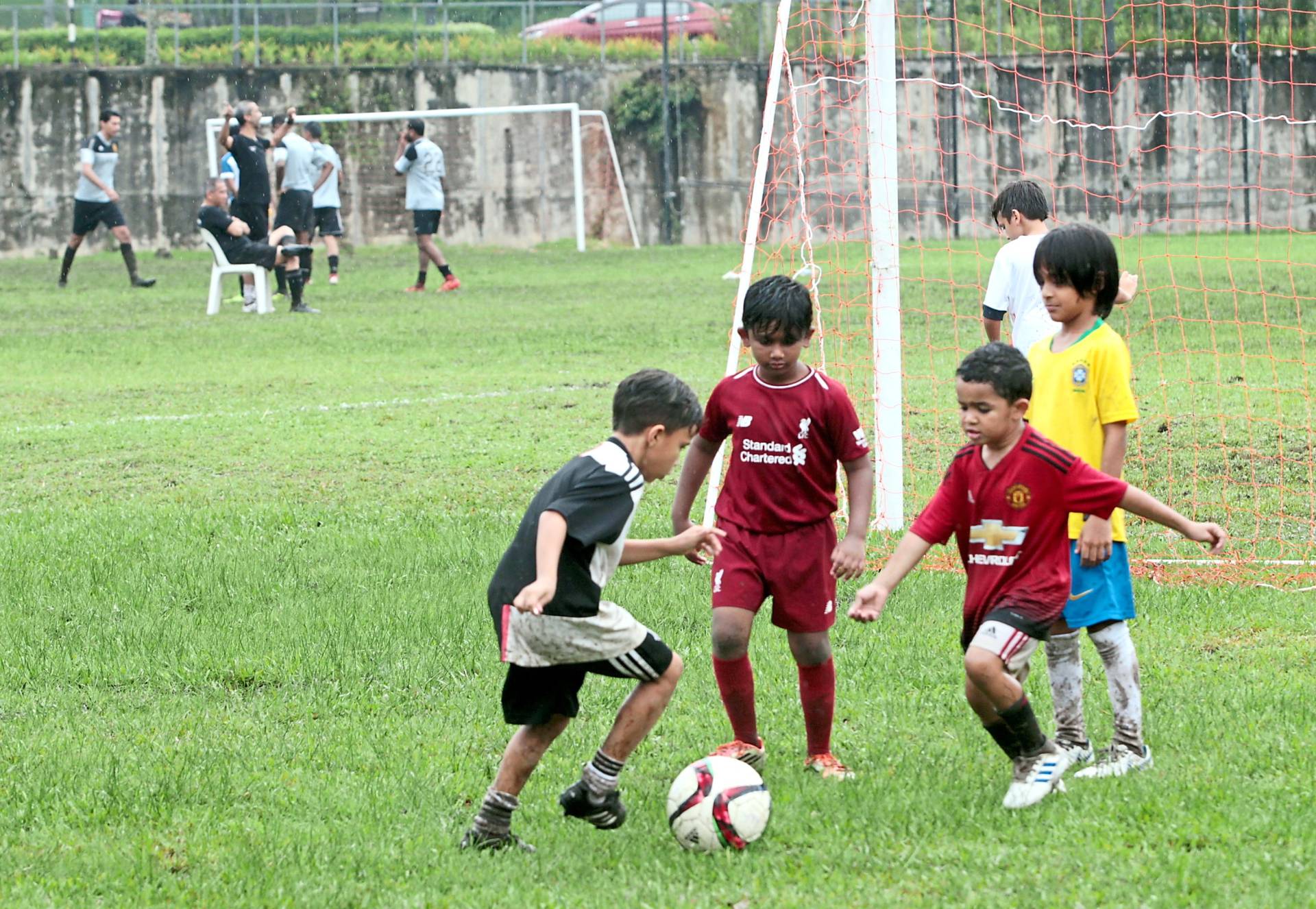 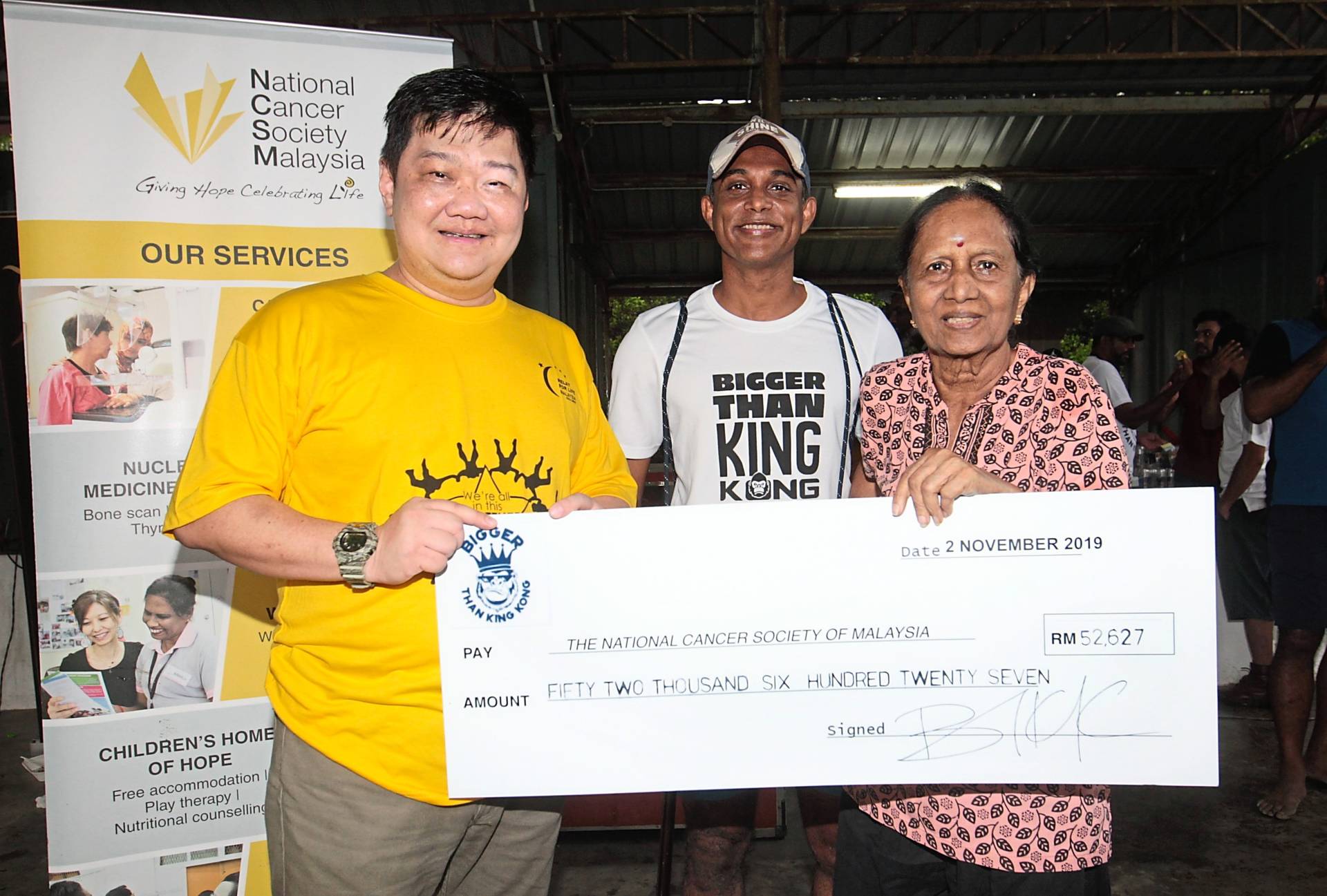 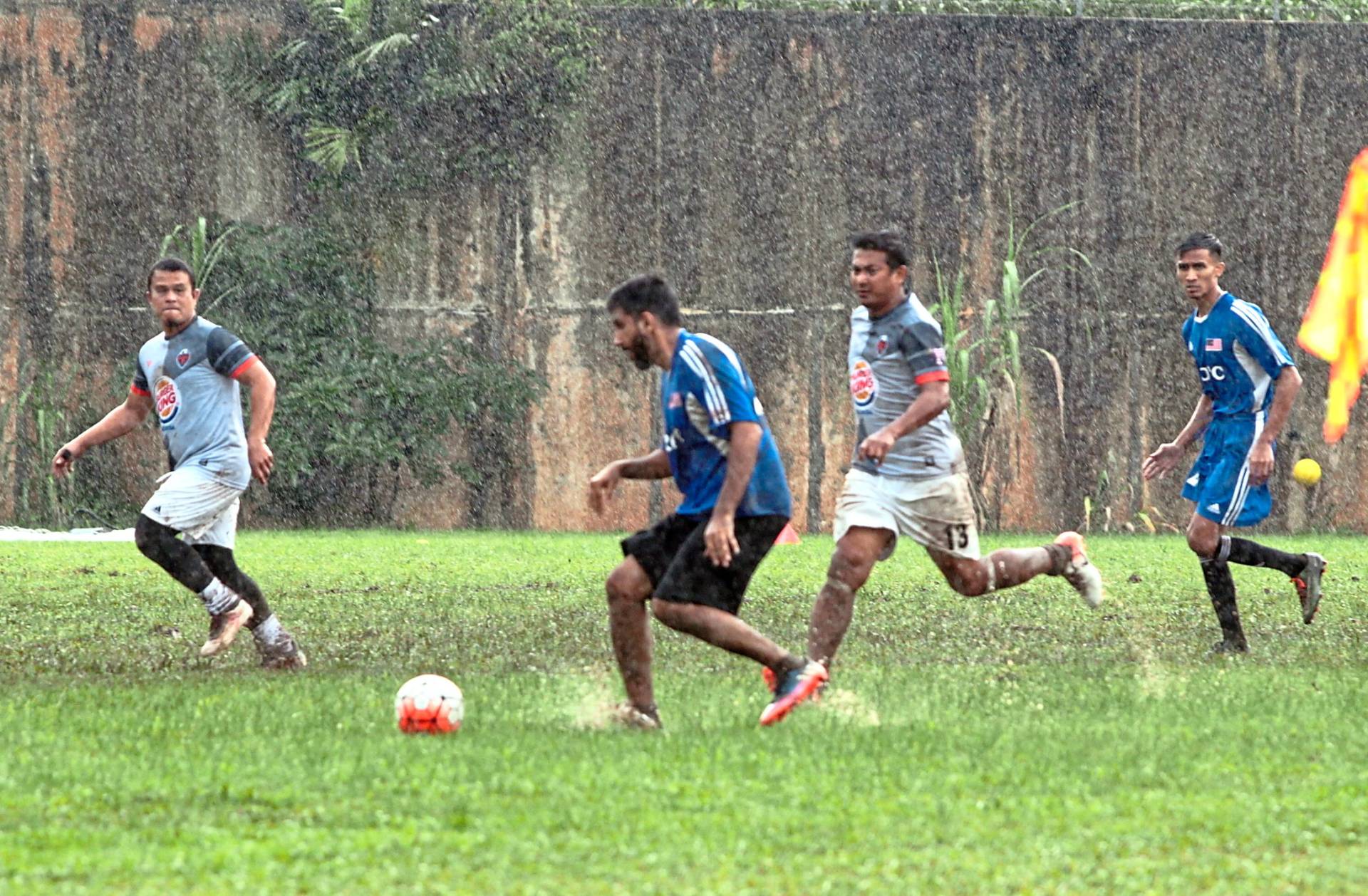 The sale of food, drink and merchandise was brisk and added to the final amount of over RM65,000 raised for National Cancer Society of Malaysia.

The children’s games, including a three-a-side and penalty shootout, were a big hit.

(From left) Yeap with Ramanan’s brother Gogulan Dorairajoo and mother Jayaranee as they hold up a mock cheque for part of the total amount raised at the event.

The early morning downpour did not do much to dampen the spirit of the occasion.