(From left) Ramasamy and Chow using the DNA learning kit after launching the workshop at PSC in George Town. – Photos: ZHAFARAN NASIB/The Star

OVER the next three years, some 10,000 students from 120 secondary schools in Penang will obtain basic knowledge in DNA fingerprinting.

DNA fingerprinting is a method used to identify an individual from a sample of DNA by looking at unique patterns in their DNA.

He said the workshops involved the training of biology teachers, who would then administer the experiments via similar workshops in their respective schools using the sponsored DNA learning kits.

“Under this ‘Science Kits to Schools’ initiative, which began in July, the students in Form Four, Five and Six will experience two to three experiments per subject per year.

“In the day-long workshops, they will use industry tools and learn analysis techniques used by scientists in applications across forensic science, conservational biology and medicine.

“The workshops will end with a glimpse of the future possibilities in DNA and the numerous exciting careers ahead in life sciences. Teh Yu Hie from Kolej Tingkatan 6 Haji Zainol Abidin using a micropipette during the B Braun DNA Fingerprinting Workshop.

“This programme is aimed at awakening upper secondary students to the wonders of genetics and inspire them to choose life sciences and medical health as a career path, ” he said at the launching of the workshops at the PSC building in China Street Ghaut, Penang, recently.

Ramasamy, who is also state education committee chairman, said since its founding in 2019, PSC had been creating and executing many innovative initiatives and programmes to spark interest in Science, Technology, Engineering and Maths (STEM) among students in Penang.

B. Braun Asia Pacific president Lam Chee Hong said the ‘Science Kits to Schools’ initiative provided opportunities for students to move beyond classroom learning and textbooks by allowing them to benefit from hands-on experiments in Genetic Science.

“It is important for students to learn about DNA, because genetics can help mankind cure diseases, improve human health, manage environmental challenges as well as develop new agricultural solutions to continue feeding the world’s growing population.

“We chose DNA fingerprinting for our workshops as genetics is one of the most important scientific fields of study that can safeguard the future of the human race, ” he said.

The workshops, he noted, were not the first genetics workshops that B. Braun was organising with PSC.

“Previously, we sponsored lecturers from the Science Bridge initiative of the University of Kassel in Germany to conduct genetic workshops here which benefited 600 students in Penang.”

Chief Minister Chow Kon Yeow, in his opening speech, said talent development was important to support the future growth of the country.

“Penang is an industrialised state and home to many high-tech companies, both multi-nationals from all over the world as well as leading local technology-based companies across many industries. “All these industries have helped Penang become the largest contributor to Malaysia’s gross domestic product (GDP).

“Penang will continue to pull ahead as our foreign direct investment in the first-half of 2019 is at RM8.07bil, which is more than double the amount of foreign investments recorded in the whole of 2018.

“The biggest need for existing companies and new companies setting up in Penang is the need for skilled people or talent, ” he said.

Chow added that after nine years of operations, PSC impacts 10,000 students each year through many of its initiatives and programmes.

“The Science Kits to Schools initiative will make the learning of science come alive, is industry relevant and will give a glimpse of the future possibilities in DNA and the possible careers ahead for all 5,000 Form Five and Six Biology students each year.

“Upper secondary students in Penang will be the first ones in the country to get the opportunity to attend and participate in this amazing enhanced DNA workshops, ” he said.

“We are very happy and excited to be here for the workshop.

“The workshop was informative, interesting and most importantly, made us think out of the box, ” Muhammad Fathir said.

“We gained so much knowledge that are not found in our textbooks, ” he said. 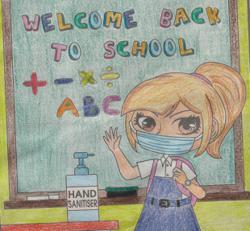 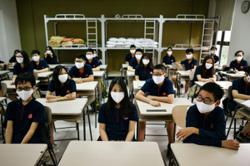