MORE Malaysians prefer a combination of traditional and experiential tour packages when it comes to planning for a holiday.

“Travellers these days want to experience a country, city or particular place by connecting to its history, people and culture.

“Food and activities are a big part of experiential tours, and we find that more travel operators are tailoring their tour packages to include these experiences,” he said at the fair.

“Travel destinations like Taiwan, Japan, South Korea, Turkey, China and Europe are popular among Malaysian travellers, but there are those who want something different.

“Russia’s Lake Baikal, for instance, is becoming a popular tourist destination among Malaysians.

“In the winter, the lake can freeze solid enough for people to walk and drive across, and the ice is so transparent it looks like a huge aquarium.

“The Northern Lights series is one that people look forward to and we also include tours to Oslo, Tromso and Lofoten Islands,” said Chong.

Apple Vacations, a long-time exhibitor well-known for its international tours, was also offering chartered tours to Okinawa, Shikoku and Hokkaido, Japan, to cater to the growing demand of Malaysians travelling in December.

“We now provide hybrid tours that also include outdoor and adventure tours which appeal to younger travellers,” she explained.

On the MATTA Fair, Tan said it was a good platform to get better deals for holiday destinations.

“We notice that Malaysians are making an effort to plan their holidays well in advance and this is a one-stop centre for them to find out information and make their bookings.

“Next year, there will be several long weekends so many have planned short vacations to maximise their time off.

“In terms of domestic travel, Malaysia has much to offer in terms of destinations and activities. Many states use the MATTA Fair as a platform to promote their attractions,” Tan added.

He said the fair was a pleasant success, attracting 101,789 visitors to its booths this year with an estimated sales of RM200mil.

Friends Vivian Wong, 29, and Tan Ai Leen, 28, were on the hunt for an affordable tour package to Turkey next year.

“It is going to be a group of six, so we thought it would be easier to find out what deals are available.

“There are some potential tour packages that we thought were interesting, so we will probably make our bookings by the end of the fair,” Wong said.

Nurul Atiqah Mohd Amirudin, 32, was hoping to book a honeymoon destination for herself and her soon-to-be husband.

“We are getting married at the end of the year and are hoping to go on our honeymoon in January. We are thinking of either Bali or Thailand as our destination.

“My friends have previously picked up good deals here, so hopefully I will be able to as well,” she said.

They were among the tens of thousands who thronged Putra World Trade Centre (PWTC) in Kuala Lumpur for the MATTA Fair September 2019.

The 48th edition of the fair was by far the largest since it started in 1991, featuring 1,396 booths involving 292 travel companies and tourism organisations.

Halls 1, 2 and 3 and the linkway featured international tour and travel agencies, including 14 National Tourism Organisations from countries such as Taiwan, Japan, South Korea, Macau, Guam and South Africa.

Halls 4 and 5 were allocated for domestic destinations, comprising tour and travel agencies, including 12 State Tourism Offices such as Perak, Penang, Sabah, Sarawak, Pahang and Selangor.

Desaru Coast and Legoland Malaysia, both located in Johor, were also named Malaysia’s Favourite Theme Parks while Taiwan was chosen as Asia’s Favourite Destination for the September edition of the nation’s largest travel fair. 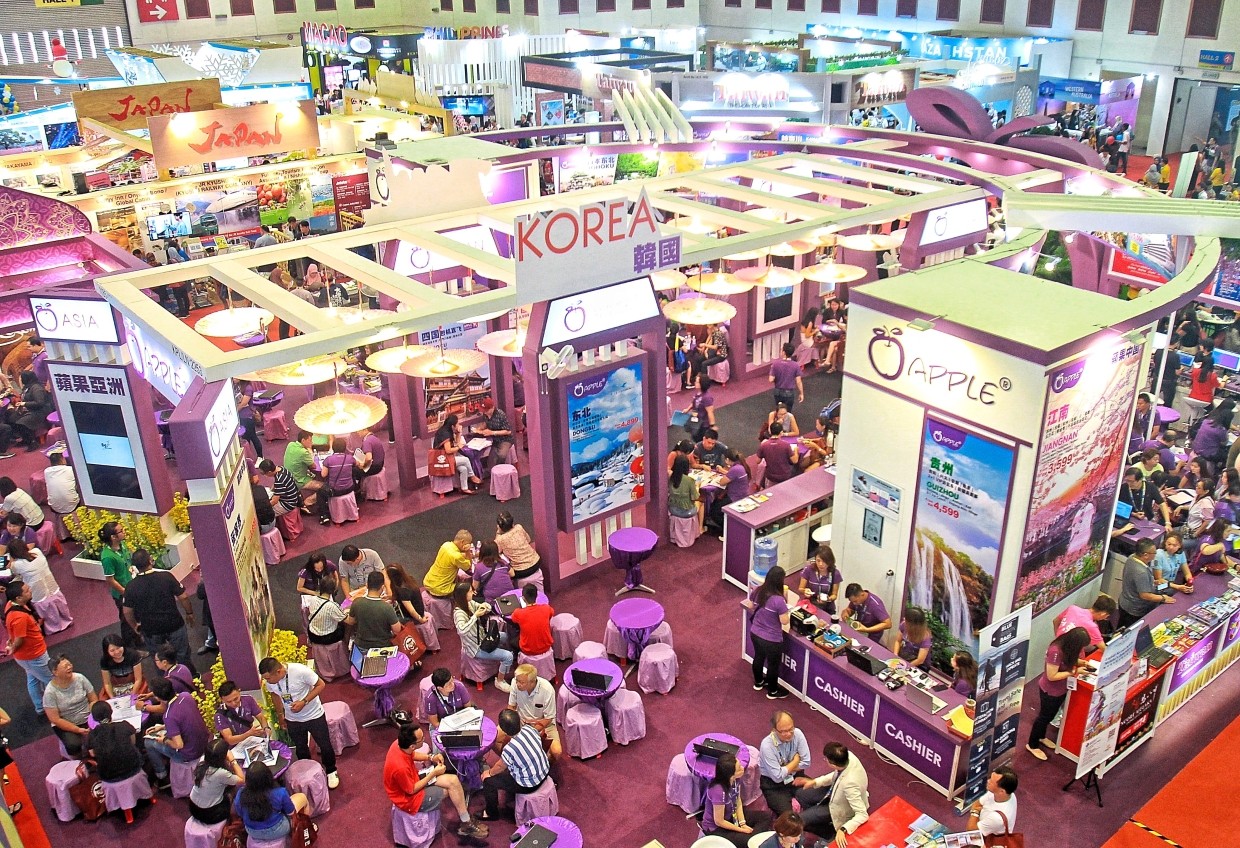 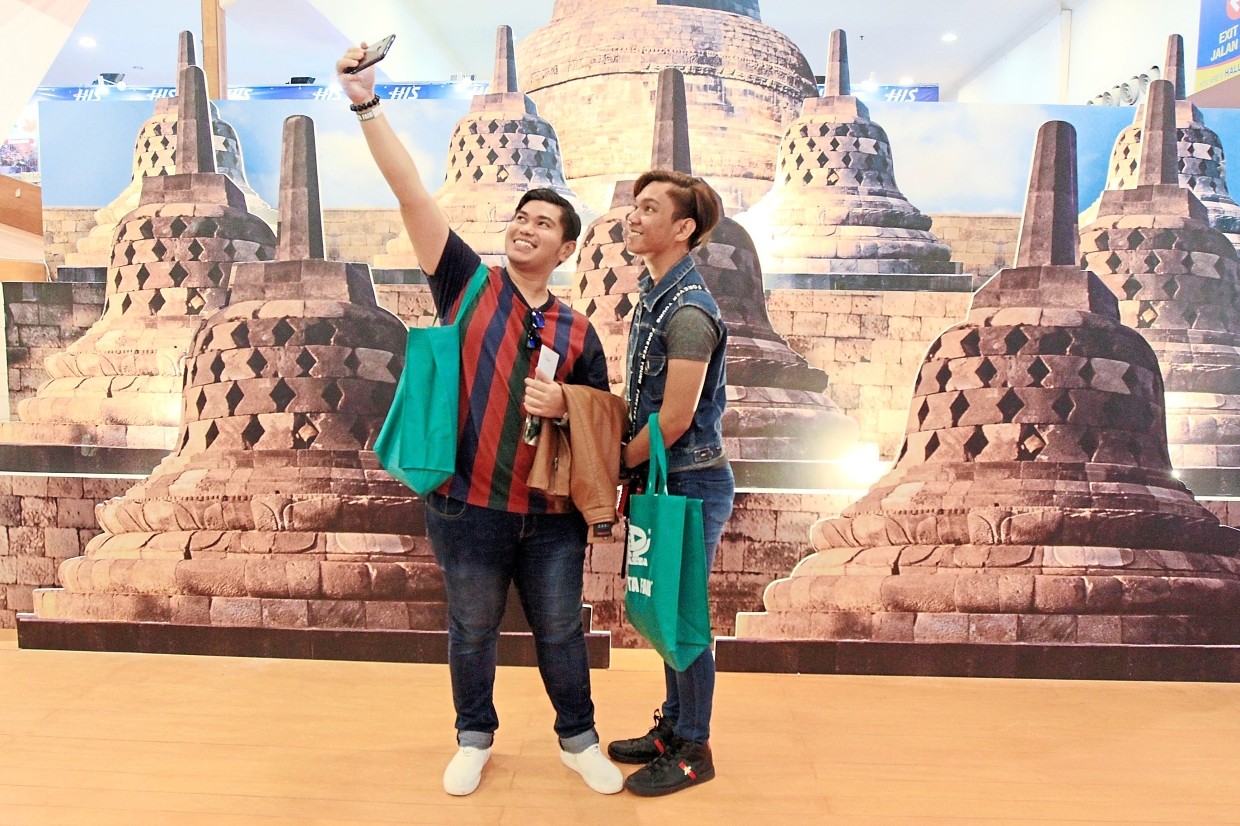 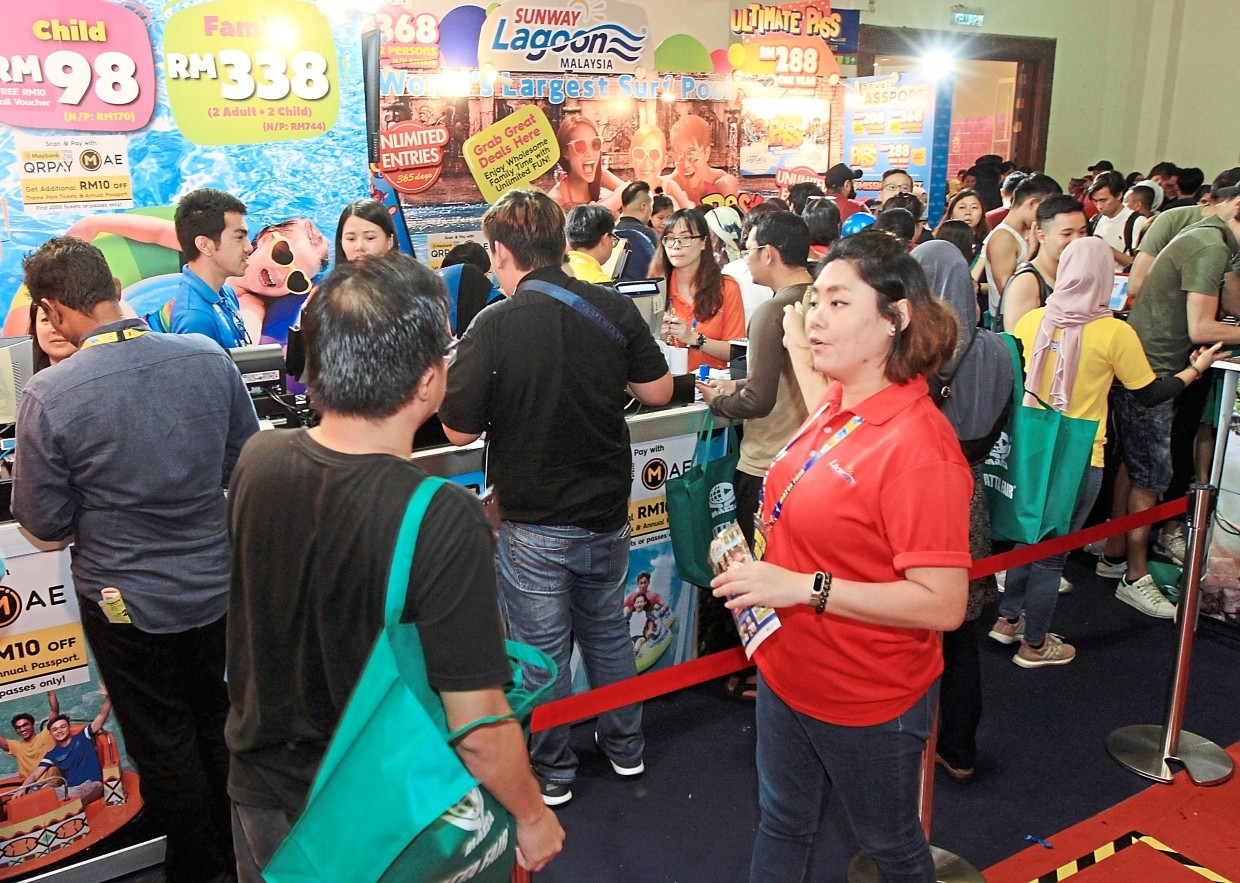 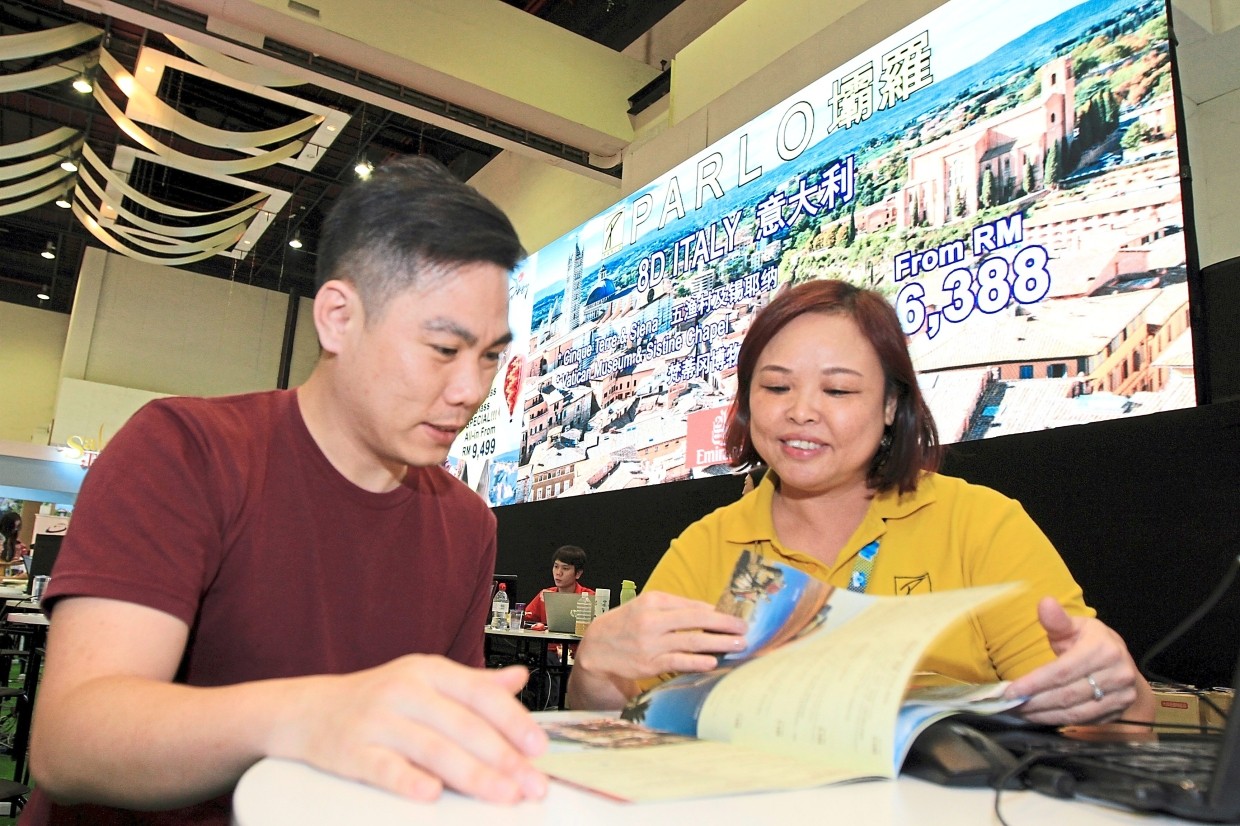 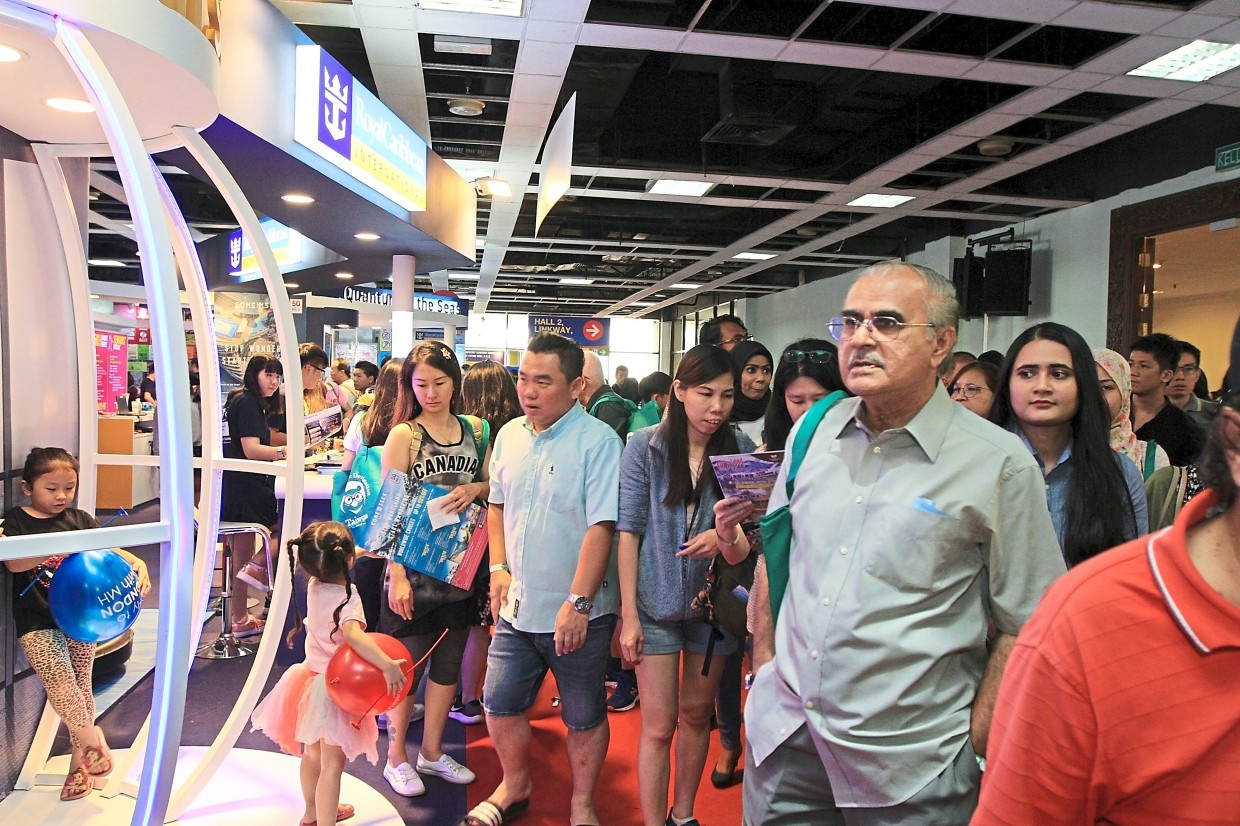 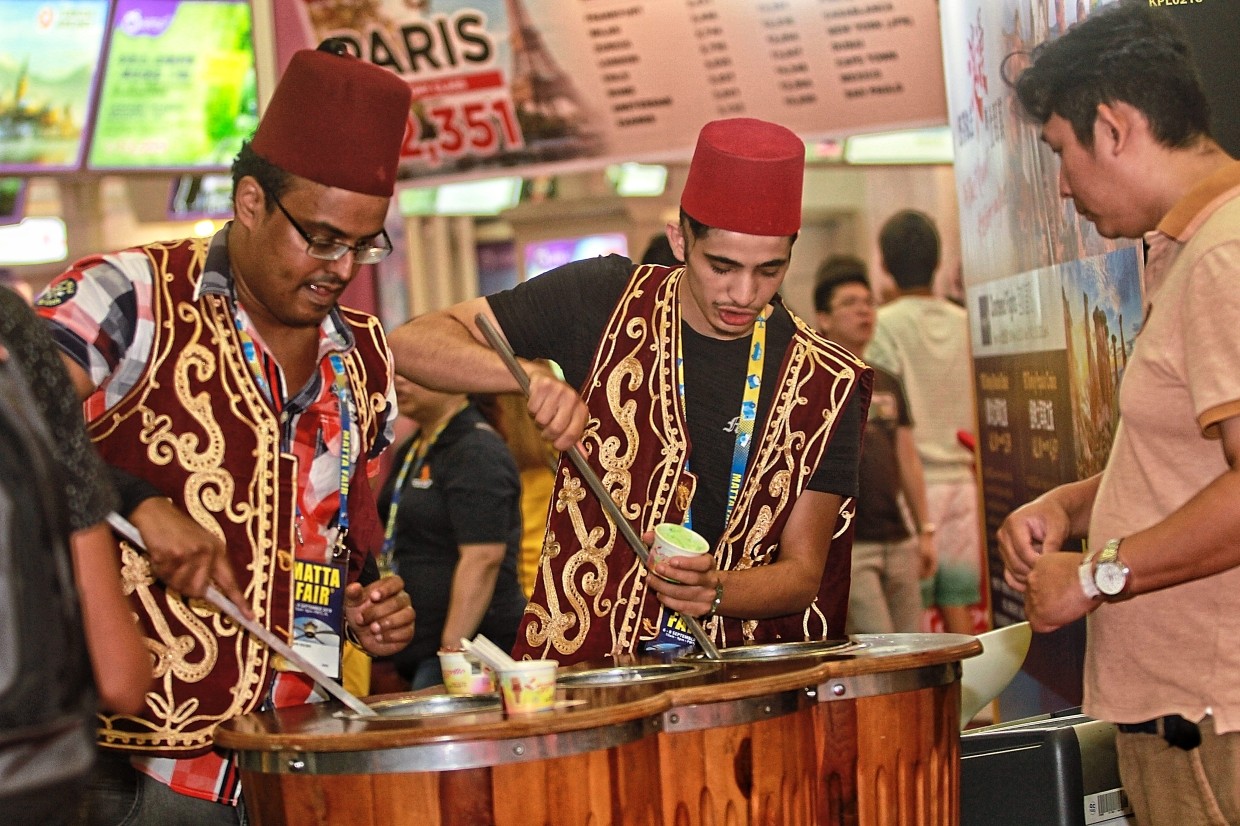 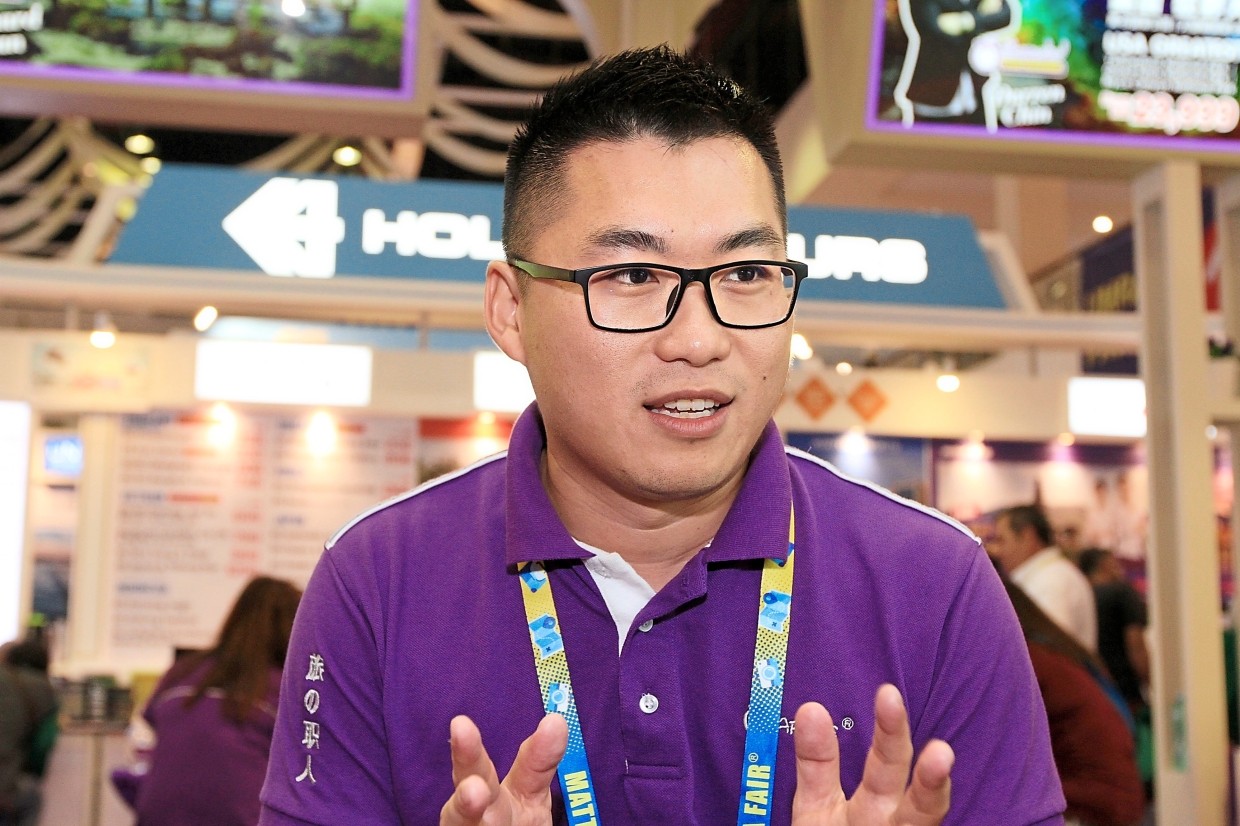 A pair of visitors taking a snapshot of themselves with the almost life-like cutout of Borobudur Temple at the Indonesia booth. — Photos: LOW LAY PHON and SAM THAM/The Star

Thousands flocking to the three-day Matta Fair September 2019 at PWTC to get attractive holiday packages.

Visitors checking out various choices of travel and tour deals on offer.

A craft corner at one of the booths.

Visitors cooling down with some traditional Turkish ice cream treats.