Rewarding lessons in drama and acting

Muhammad (right) and Dr Chan (second from left) with champions MRSM Parit as they celebrate their victory in style.

Themed “Creative Connexions: Drama for All”, the event was aimed at introducing students to the world of improvisational drama while unearthing prospective performing arts talents.

QIU chief operating officer Nicholas Goh said youths today had a lot to offer and all they needed was a platform to express their abilities. 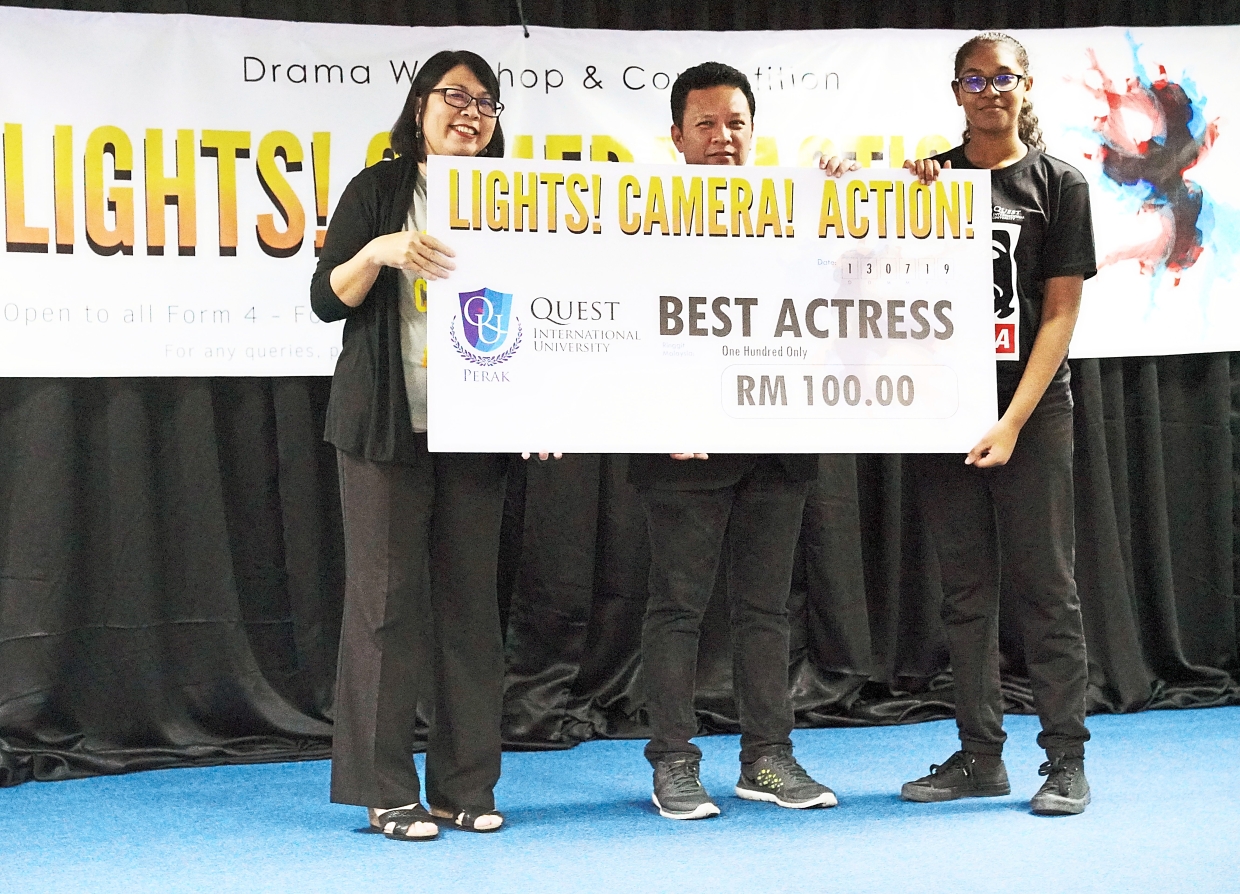 “QIU will organise more of such events as part of our continuous effort to unearth young talent throughout the state, ” he added.

The event started with an engaging improvisational drama workshop from the theatre where the students learned about voice projection, stage presence and teamwork.

After a hearty lunch, the students applied what they had learned by staging their own dramas in front of eight judges well-versed in the performing arts.

In the end, it was MRSM Parit that walked away with a RM1, 000 cash prize for its thriller titled The Perfect Birthday.

Zulfakar, who stood out for his portrayal of a sinister clown, said acting was something he loved from a young age and was grateful for being given such a platform to express himself.

“I learned so much from Theatresauce facilitators, ” he added.

Organising chairman Prof Dr Chan Nee Nee, who is also faculty dean, said, “We are extremely grateful to everyone who made this event a success.

“Our eight experienced judges travelled from all over the country to be a part of this event and our QIU students also helped out as drama facilitators.

“It was a rewarding and fruitful experience for all.”