By DERRICK VINESH and M. SIVANANTHA SHARMA
THE iconic Church of St Anne Bukit Mertajam in Penang is likely to be raised to the rank of basilica once it receives the blessing from Vatican City in Rome.

It is tipped to be the first basilica in the country.

Penang Catholic Diocese Bishop Datuk Sebastian Francis said an application was made to the headquarters of the Roman Catholic Church early this year.

“Vatican City replied and asked me to get the endorsement of the remaining 10 bishops of the Catholic Bishops Conference of Malaysia, Singapore and Brunei.

“I am pleased to say that the bishops have unanimously given the green light for this during our local bishops conference in Johor Baru early this month,” he said in his homily during the open-air mass at the St Anne’s Feast on Saturday.

The conference comprises three bishops from Sabah, three from Sarawak, three from the peninsula, including Bishop Sebastian, as well as one each from Singapore and Brunei.

“We will soon prepare the necessary documentation to be submitted to the Vatican,” said Bishop Sebastian, who is also the parish priest. 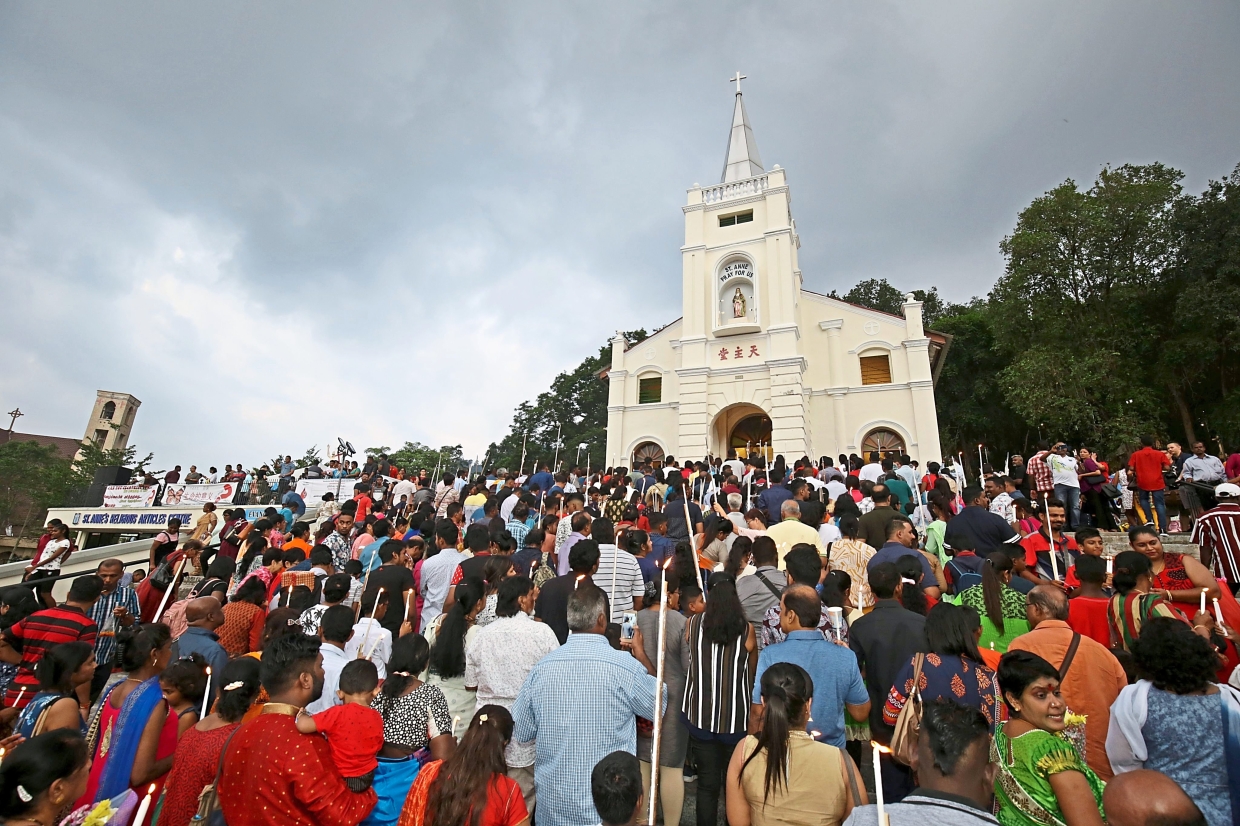 In welcoming the news, church assistant priest Monsignor Henry Rajoo said with the basilica status, the church would be accorded with special privileges by Pope Francis himself, following the direct link.

“This recognition as a minor basilica outside Rome, will not only enhance our presence here but also our service to the community in the area.

“The church will most likely be known as Basilica of St Anne,” he said, adding that at present, there were four major basilicas within Rome, and several minor basilicas located in other parts of the world.

Church of St Anne Bukit Mertajam was founded in 1846 by French missionaries from the Society of Foreign Missions of Paris.

Its earliest chapel was erected on top of a hillock by visiting priest Father Adolphe Couellan. 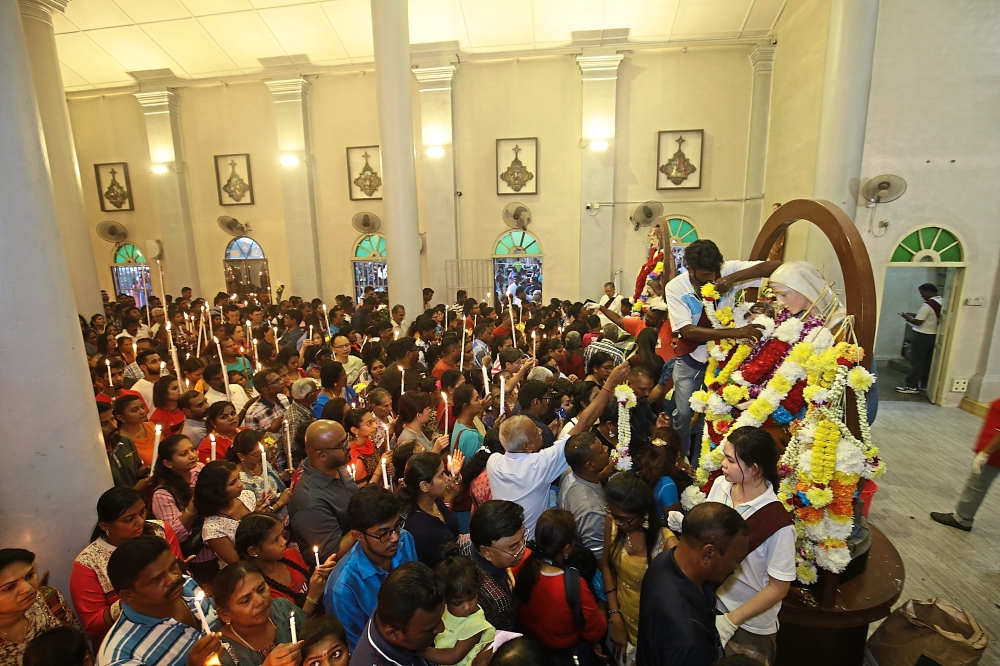 Pilgrims offering garlands and candles before the statue of St Anne at the old St Anne’s Church, known as The Shrine.

Monsignor Henry said talks to get St Anne’s Church to apply for the basilica status first surfaced in 2012, when Bishop Sebastian was appointed head of the Penang Catholic Diocese.

“Initially, the idea was to turn St Anne’s Church as a cathedral, but being a pilgrimage centre, this was not suitable. So, some priests had then suggested that we turn it into a basilica.

“This idea was later supported by Archbishop Joseph Salvador Marino, the apostolic nuncio and ambassador of the Vatican to Malaysia, who arrived in the country in 2013,” he said.

Monsignor Henry said St Anne’s Church would, however, have to abide by stringent requirements and standards set by the Vatican Council, before it could be granted the status of basilica.

He noted that, in its preliminary application, the church was required to furnish details about its physical and organisational structure, its liturgical setup, services to the community as well as items used in the church, among others.

“Ironically, soon after Bishop Sebastian announced that we were now a step closer toward becoming a basilica, it rained cats and dogs, which many felt was blessing from heaven,” he said.
Article type: metered
User Type: anonymous web
User Status:
Campaign ID: 1
Cxense type: free
User access status: 3
Subscribe now to our Premium Plan for an ad-free and unlimited reading experience!