It is Penang’s best kept durian secret: buying good durians straight from the Penang Agriculture Department at prices no commercial stall will give.

The department has over 220 durian trees of about 40 species.

Mostly planted between 1986 and 1990, the trees are nurtured for the sake of keeping a durian gene bank and also for research.

Deputy Agriculture and Agro-based Industry Minister Sim Tze Tzin recently expressed pride that despite the scarcity of land on Penang island, the department has been able to build a durian gene bank.

When durian season comes, the harvest from this gene bank is sold to the public.

He assured that all these wondrous varieties are sold by the department at a flat rate of just RM5 per kilo.

In durian stalls, such clones are sold at between RM20 and RM45 per kilo. A D24 durian has a teeny-weeny thorn surrounded by a cluster of four large thorns as shown by the knife-tip.

Ahmad Razali said the durians are sold from about 10am to noon at the department’s Relau Agrotourism Park.

“Sometimes, so many people come that we have to limit the sales to 5kg per person so that everyone can go home with some of our durians,” he said.

The orchard has yet to have any Musang King or Black Thorn.

“Those are new clones. The department’s trees were planted in 1986 and some of the clones here are so old that we don’t have official names for them,” said Ahmad Razali, adding that clones from all over the country were brought to Penang to be planted here back then.

When the state government has a durian event to host, then the department will not sell the durians to the public and reserve the fruits for such events.

Ahmad Razali said buyers usually drop by at around 10am daily to see if the department had any for sale.

And if all durians look the same to you, Ahmad Razali shared one tip on how to recognise a D24 clone. The Duri Landak clone is bristling with long, ultra-sharp thorns that curve at the darkened tips.

“All around the D24 shell, you will find clusters of four large thorns surrounding a single teeny-weeny thorn,” he said.

When you find many clusters of four-long-one-short thorns, you can be sure you are holding a D24 durian, he guaranteed.

This variety sports long, vicious-looking thorns that curve at the end of the darkened tips.

Ahmad Razali offered another durian tip: If you ate the best Musang King you ever tasted, and want to plant its seed on your land to get the fruit, forget it.

“You will either end up with kampung durian, or inferior half Musang King fruits, and it will take many years for such a tree to flower,” he said.

But if you have a kampung durian tree on your land, the Agriculture Department can help you to have the tree cut down and then graft the stem of a Musang King onto it.

Then you might get your personal, true-blue Musang King tree in three to four years.

This method, he said, was ideal because the root system of the hardy kampung durian tree would provide the best possible nutrients to the grafted stem.

Ahmad Razali explained that all cloned durian trees are created using the stem grafting method because that is how the original genetics of famous clones are preserved. 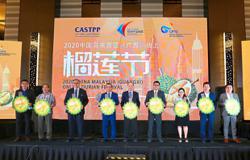 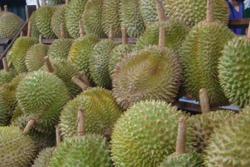 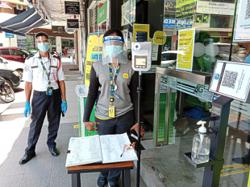