An MBPJ councillor visiting some of the abandoned bungalows owned by Universiti Malaya with some of the concerned residents.

RESIDENTS are urging Universiti Malaya to maintain the cleanliness of its abandoned bungalows in Petaling Jaya.

This was raised when Petaling Jaya councillor Thayalan Krishnasamy chaired a meeting with the Section 12 residents, Petaling Jaya City Council (MBPJ) health officers and Universiti Malaya represen-tatives, and discussed the upkeep of the area.

Residents voiced their concerns about the illegal dumping of waste outside the abandoned lots and complained about the lack of maintenance which resulted in mosquitoes and pests breeding easily there.

They want the university to inspect the premises regularly. They also want the overgrown trees to be pruned carefully without damaging many of the old trees in the area.

“The cleanliness duty must be carried out by the premises owners on a regular basis, and in this case, it is the university.

“If required, the council could help with any maintenance works that need to be done,” he said.

Resident Chew Poh Soon from Section 12 said since June this year, his neighbourhood has been working together with the council to identify mosquito breeding spots.

However, the vacant lots need to be attended to by the owners for better pest control, he said.

“The council has been helpful to us by sending their team for inspections here. When residents join the officers, the home owners would open their doors.

“We distribute educational pamphlets and advise them to check their premises thoroughly at least once a week for mosquito breeding grounds.

“In most cases, the breeding takes place in the open spaces in their gardens.

“The vacant lots also seem to be attracting outsiders to dump their garbage and this adds to the problem,” said Chew.

At the meeting, residents urged the university to come up with ways to prevent the public from dumping waste there and even suggested CCTV be installed.

The university representatives said Jalan12/5, for example, cannot be closed off because it was a public road.

However, since early this year, barricades have been placed at the entrance of the bungalows to prevent vehicles from entering the site.

Residents claimed that there were about 11 private houses in an abandoned or unkempt condition in the area. 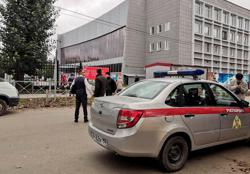