KOTA KINABALU: Partners in Kalimantan and Sabah continue to work together to secure wildlife corridors under the “Heart of Borneo” initiative.

The landscape of south Sabah and North Kalimantan not only serves as a border between the two countries, but also as key corridors that are important to the movement of Borneo elephants.

Recognising the importance of protecting these corridors, WWF-Malaysia signed an agreement with the Sabah Forestry Department and Sabah Wildlife Department last October to secure and protect key elephant habitats in the transboundary area.

As a part of the Heart of Borneo initiative, the agreement served as a precursor to the transboundary work between Malaysia and Indonesia. 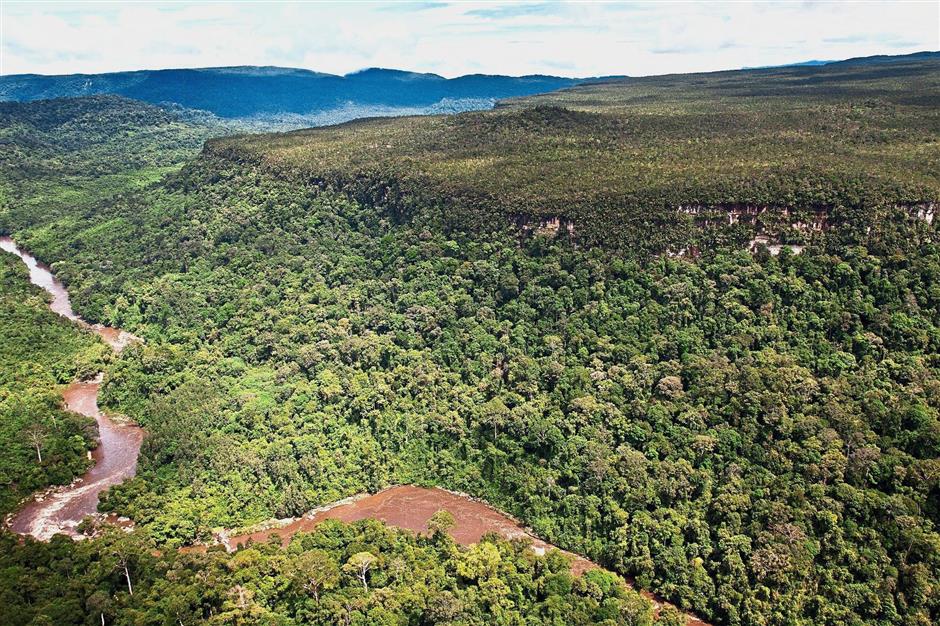 Lush forests are found in the Heart of Borneo. - ARIEF DESTIKA/WWF-Indonesia

Other than that, the purpose of the visit was also to share with Kalimantan counterparts what plantations in Sabah are currently doing to manage High Conservation Value areas, and where suitable, adopt these practices.

This visit was a follow-up from a previous visit made by the Sabah delegation comprising WWF-Malaysia and Sabah government officials to the Tulin Onsoi sub-district in North Kalimantan.

Sabah Softwoods was selected as one of the host plantations due to their long-standing commitment towards conservation. Delegates participated in a tree planting activity during the visit to Sabah Softwoods plantations.

In 2013, the plantation company agreed to set aside approximately 1,067ha of its land to establish a wildlife corridor to promote connectivity between the fragmented Ulu Kalumpang Forest Reserve, to the Ulu-Segama Malua main forest complex.

This enables elephants to access larger foraging areas away from human activity, which therefore helps to reduce conflict with humans as a whole.

Sabah Softwoods has also set aside a corridor to allow elephants to move through another area being newly planted with oil palm.

The company holds licences inside the Forest Management Unit that is located on the southern part of Sabah, within the Heart of Borneo transboundary corridor.

Since 2015, Zillion Fortune has been managing 10,800ha of forest area with mosaic tree planting strategy and silviculture treatment.

It carries out regular patrolling and boundary surveillance of illegal encroachment into the licensed area as well as to identify potential high conservation value areas.