SIX developers took in about RM34mil in sales during the four-day StarProperty.my Fair 2018 at Gurney Paragon and Gurney Plaza.

Its chief executive officer Leon Lee said the buyers, who were mainly locals, bought for their own use and investment purposes. 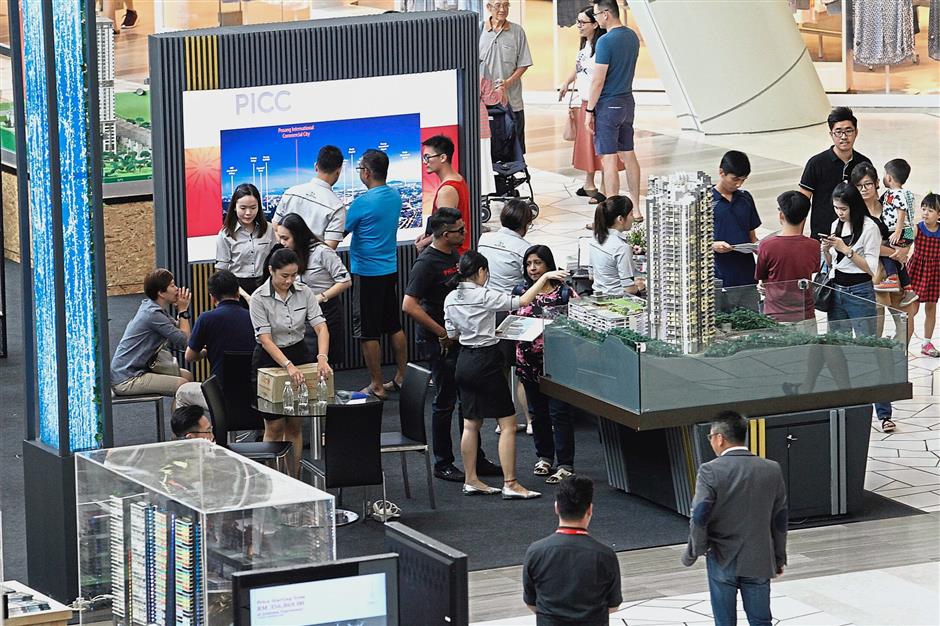 Homebuyers in search of good deals at the StarProperty.my Fair 2018 in Penang.

“We got good enquiries from Chinese investors for the projects marketed at the fair.

“Their interest in Penang’s residential property market surged after GE14.

“They were interested to buy for investment purposes and for their own use.

“Some wanted to buy for their children to stay while studying in Penang,” Lee said. 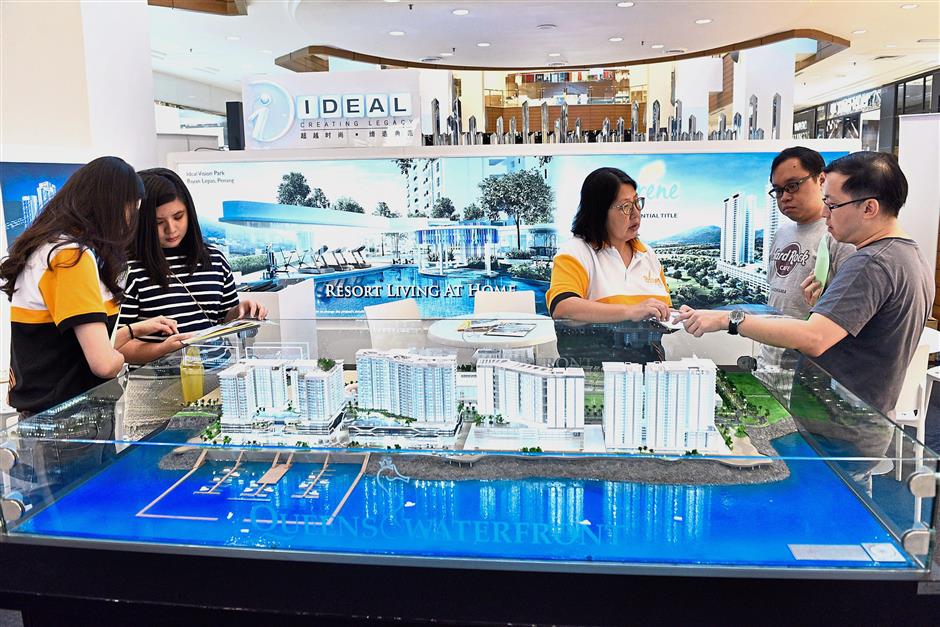 According to Juwai.com, a property platform that features properties for sale from popular cities worldwide, China’s investments in Malaysia’s residential real estate could double by 2025.

“There are about 1.6 million US dollar millionaires in mainland China, according to the Credit Suisse Global Wealth 2016 report.

“Because of their wealth, these individuals dominate the buying of international properties. 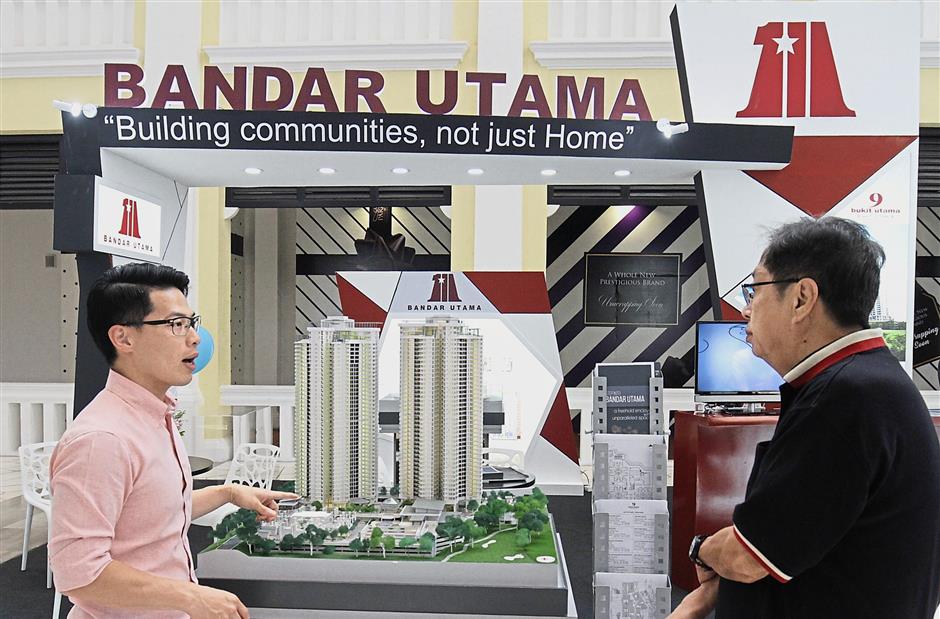 “Johor and Kuala Lumpur used to grab the attention of Chinese investors.

“However, they are now shifting attention to Penang.

“The shift started in the first quarter this year,” said Lee, who goes to Beijing and Shanghai regularly to give talks on the property market in Penang.

He said now that the political uncertainties in the country had cleared, it was realistic for Penang to be able to draw property investments from China, as the residential properties here were competitively priced. Meanwhile, Ideal Property sales and marketing general manager Nancy Teo said the group’s projects for the past three days had received good leads from locals and prospective buyers from China.

“We are optimistic of converting these enquiries into sales later.

“Our projects attract attention because they are located close to the Free Industrial Zone,” she said, adding that a lot of the enquiries came from the northern states. 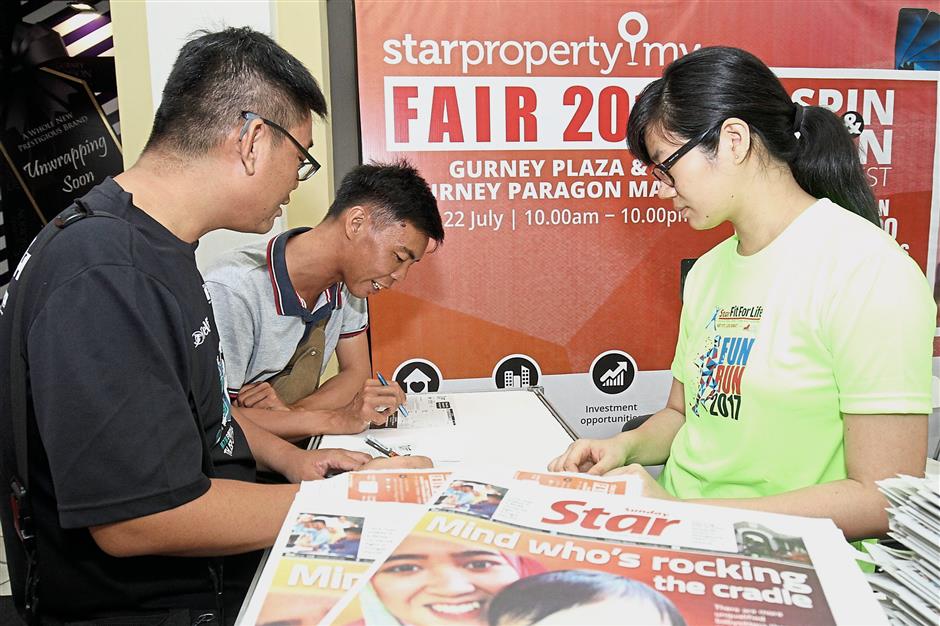 (From left) Brothers Cheng Chun Pin and Chun Ging registering for Starwalk Penang 2018 at The Star booth at the fair.

“The south-western district where we develop most of our projects is now one of the hotspots for property investment, due to the proposed Pan Island Link and the LRT projects.

“The properties in southwest are priced from RM500,000 onwards for a 1,000sq ft unit in a project with facilities.

“The price of properties in the southwest district is now very attractive, as it has contracted slightly over the past few years,” she added. 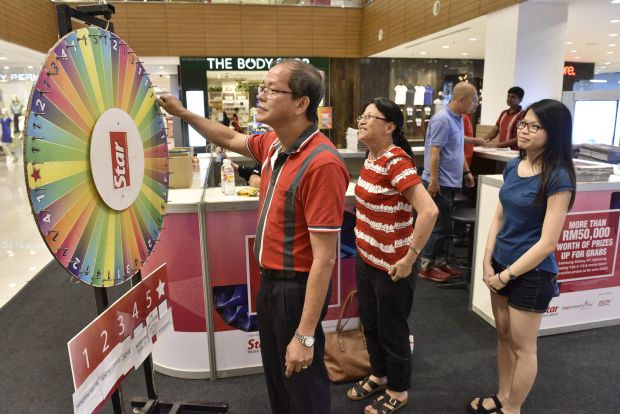 Visitors waiting for their turn to take part in the Spin & Win contest during the StarProperty.my Fair.

“The City Residence has sold more than 80%, while the Tropicana Bay Residences more than 95%,” he said.

“Our latest project, M Vista, has sold more than 70% to date. 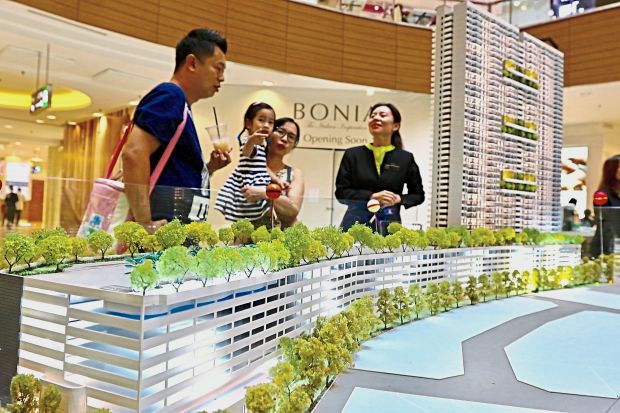 “We get a good balance of buyers looking to invest as well as those who are looking for a home to stay.

“Penang, dubbed as the second city of Malaysia, is a strategic property hotspot that attracts both international and local investors,” Khaw added.