Shouldering their duties with much gusto

StarMetro learns from three election candidates of yesteryear that getting voters

THE present election candidates have the advantage of the Internet and social media to reach out to thousands of people simultaneously, but there was a time when campaigners did a tremendous amount of legwork and face-to-face greeting. With nomination day today and a new batch of candidates ready to canvass for votes, StarMetro speaks to three political veterans about how they campaigned in the past.

He first contested in 1964 for the Damansara parliamentary seat and managed to wrest it from the opposition despite it being their stronghold before that.

He went on to win four other elections throughout his years active in politics. He later became the MCA deputy president.

“Nobody wanted to contest there because they did not think they could win the seat. I was roped in by then MCA president Tun Tan Siew Sin. I only wanted to be a lawyer but he convinced me to become a parliamentary candidate,” said Chen, 85. He was 31 when he contested in the country’s second general election.

His first ceramah (campaign talk) was attended by 20 people and it was all his party supporters.

With the advantage of 45 campaign days, he visited constituents at their homes daily.

By the end of the campaign period, he had visited nearly 4,000 houses and covered three villages in Sungai Way, Serdang and Salak South.

“I would take a bus and walk alone. If I brought anyone else with me there would be fights along the way since the area had a lot of undesirable characters. The best was to walk alone. I would shake hands with the people and introduce myself as the MCA candidate. Meeting someone face to face creates a positive sentiment.

“I once overheard two guys sitting in front of me in the bus about how they felt sorry for me because I was campaigning alone,” said Chen, who felt optimistic from that day forward because he knew then that people had taken note of his campaign.

“My party gave me one handheld microphone and I had to print my own posters. I had so little money. Our statutory campaign budget was RM25,000 each but both Chin and I only spent in total RM11,500,” said Chen, who won by 500 votes.

The Election Commission in the 1960s allowed candidates a maximum spend of RM25,000 each.

The campaign amount is to be raised by the candidates themselves.

Chin lost the elections for the Serdang seat and Chen settled the payment for all campaign print material.

“It took me two-and-a-half years to pay off our debt with my RM500 MP allowance,” said Chen. Chen (second from left) marching to the nomination centre with supporters during one election.

He said most of his party supporters went to bed while the election officials were still counting votes because no one expected him to win.

“When the returning officer said ‘Yang Berhormat’ before my name I was puzzled. I then realised I had won. I had no supporters to cheer for me but my MIC friends lifted me on their shoulders. Murugesu won the Batu Tiga seat,” said Chen, who encouraged candidates to be hardworking and stay dedicated.

“Plato was of the opinion that if you are not a philosopher, you cannot be a politician. You must love the people and fight for their cause genuinely,” said Chen, who idolises the country’s second prime minister Tun Abdul Razak Hussein for his contribution and work ethics.

Before the general election existed, there was the Kuala Lumpur municipal election. 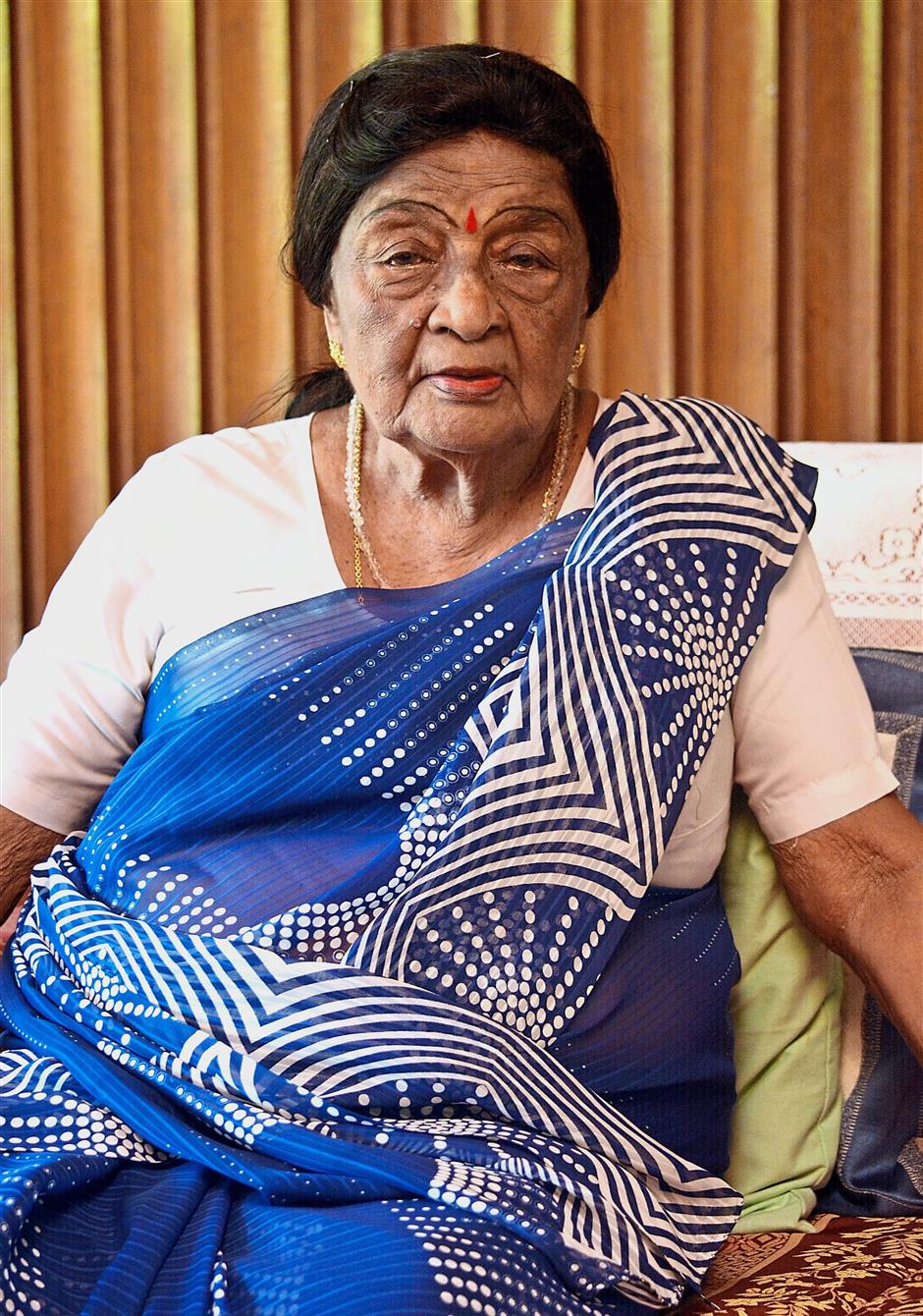 Devaki was 29 when Onn Jaafar picked her to contest in the Kuala Lumpur Municipal Council election in 1952.

In 1952, Devaki, 95, was the first woman in the country to win the first Kuala Lumpur municipal election in the Bungsar (today known as Bangsar) constituency and won. She won again the following year, with a bigger majority.

She was then a teacher in a private school and well respected among the Brickfields community due to her profession.

“I liked the fact that it was a multi-racial party,” said Devaki, who was then a mother of one.

On her campaign trail, she brought along her manifesto printed in four languages -- Malay, English, Tamil and Chinese. 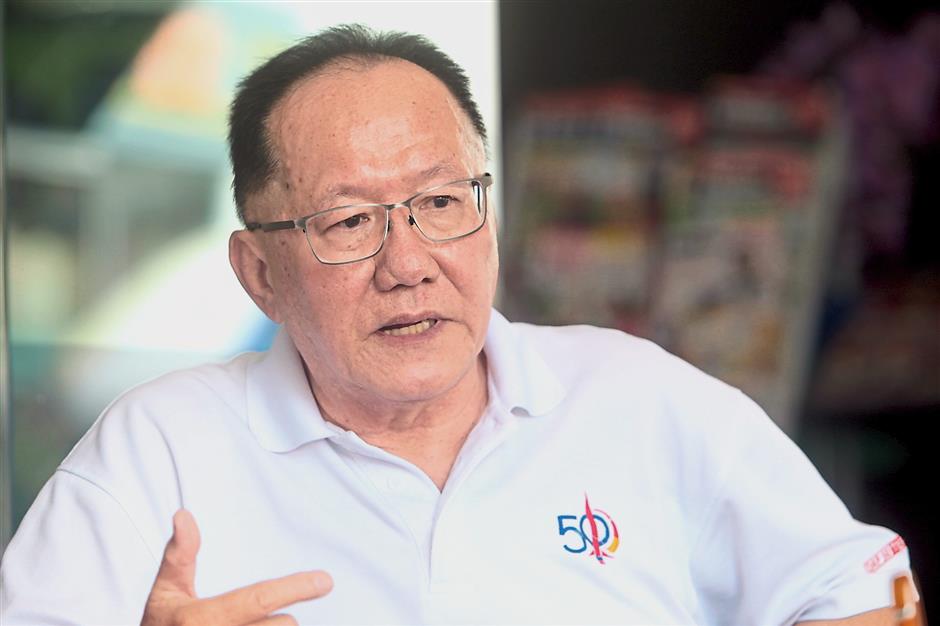 DAP party veteran Chia has been a member since 1978.

She had volunteers who could converse well in both Chinese and Malay.

“Every day, after school, I visited the constituents based on the electoral roll I had. I ate a slice of bread and then I would hit the road to campaign. My volunteers consisted of labourers in Brickfields and we went door-to-door.

“I did not send representatives to speak on my behalf. My opponents never left their office to campaign and they lost,” said Devaki who holds a PhD in Political Science.

Kuala Lumpur was divided into four divisions and it was Imbi Pasar, Petaling, Bangsar and Sentul.

“I contested in Bangsar and with eight other candidates. MIC was then a welfare party, they supported me and I won the elections,” said Devaki, who was inspired by other female politicians in other countries, at that time, who were known internationally. Until today, she still passionately follows local and international political news.

As a teacher, she was well known among the parents who lived in the Electricity Board quarters, Telekom and municipal quarters.

Among her best campaign memory was standing on the back of a parked lorry, which was her makeshift stage, in the middle of Chan Ah Tong field in Brickfields. 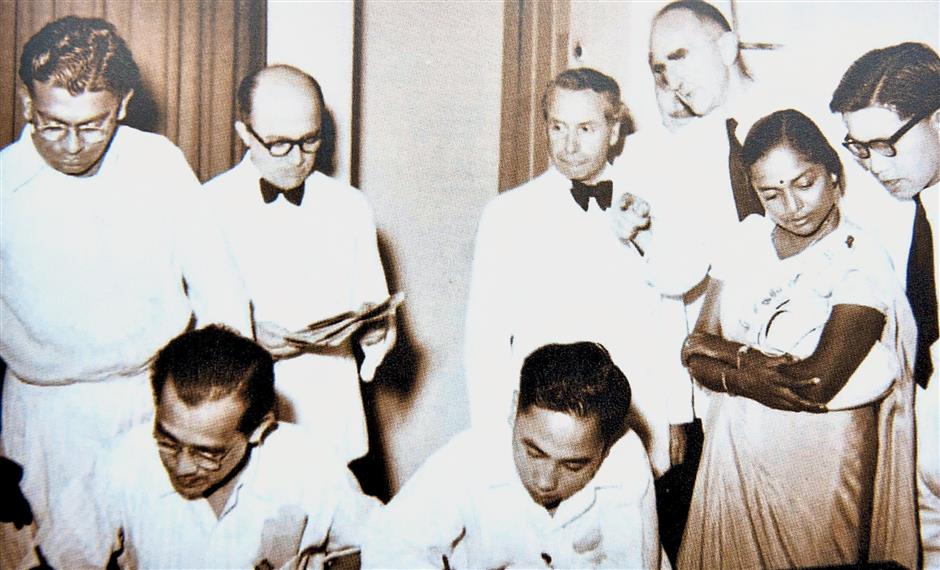 “My Chinese supporters loaned me the lorry. The lorry was turned into a stage that was lighted with fluorescent lamps. That night, we distributed about 1,000 pamphlets,” she recalled.

She was well supported by the Chinese community who also provided a van to ferry all her posters and campaign materials.

She said her keen interest in reading was always her advantage because she knew about the political happenings around the world.

“Genuinely championing public issues will get the people’s support and loyalty.

“During the campaign period, the father of one of my students died. My opponents chartered two buses to help transport his relatives to the crematorium. However, being my true supporters, the family refused the offer and told my opponent that they would only vote for me. The bus left empty,” said Devaki, who later joined MIC and has a lifetime membership.

A DAP veteran, having been a party member since 1978, he is known among junior party members as the one with three-digit party membership number which reflects his seniority in the party.

During this interview, the 71-year-old gamely showed StarMetro his party membership card bearing his membership number 0000561.

“The late Karpal Singh’s membership number was one digit after mine,” said Chia, who still adored the late Karpal’s legacy.

Chia confessed to being a socialist at heart so the DAP manifesto appealed to him.

In 1978, he met with now DAP adviser Lim Kit Siang and expressed his intention to set up a DAP branch in Petaling Jaya Old Town.

“The PJ Old Town branch was among the first few DAP branches in the country,” said Chia. 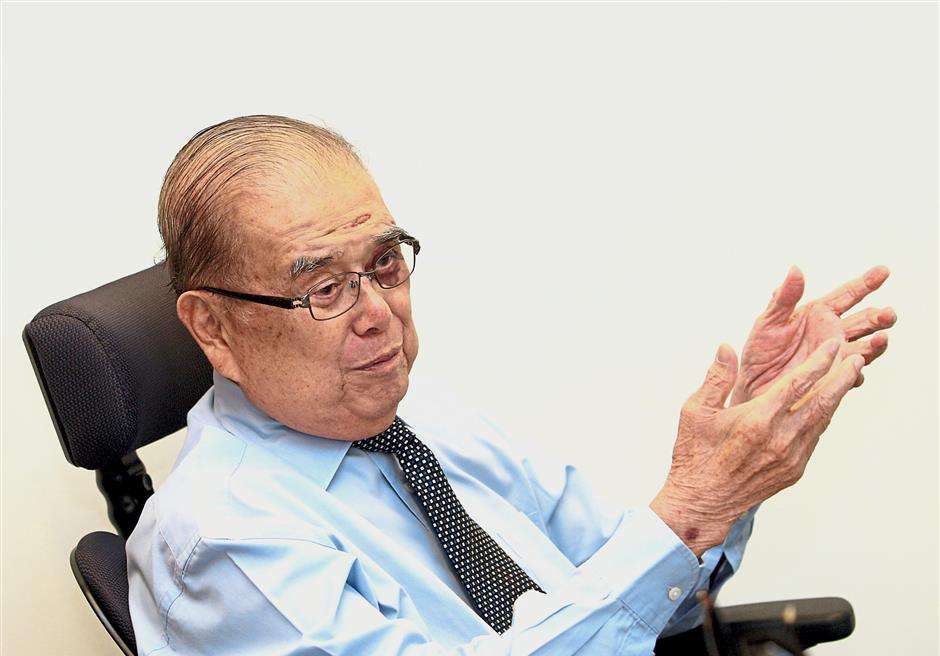 Chen first contested in 1964 for the Damansara parliamentary seat.

Prior to that he was actively involved with party works and several candidates who contested in Petaling Jaya.

Among the candidates were Goh Hock Guan and Lim Kit Siang who contested in 1964 and 1969 respectively and won in the elections.

Chia himself was a candidate in 1986 in Kampung Lindungan, now known as Taman Medan in Petaling Jaya, but lost in the elections to Barisan Nasional’s Datuk Mazlan Harun.

“To save money, some supporters and I manually sawed timber wood into poles for party flags.

“I used my own money to print my posters and the party gave about 1,000 small party flags to hang in my constituency,” said Chia, who is an old boy of SMK (L) Bukit Bintang, Petaling Jaya, and an insurance agent in his younger years.

When asked about his parents’ reaction to his decision to run in the elections, Chia said his father told him to be careful.

“I came from a poor family and my father was a taxi driver.”

He said there was not much help available in the old days and candidates would normally write their own speeches and election manifesto.

Today, he assists some of the young candidates in their campaigns.

“The public were afraid to attend opposition party ceramah and very few would turn up.

“At most, we would get a crowd of between 50 and 100 people. They were worried that they would be nabbed for being there,” said Chia who became a Subang Jaya councillor in 2009.

“It is important for the young to be politically minded.

“I am looking towards a united Malaysian for Malaysia,” he said. Although he now lives in Subang Jaya, Chia still goes to Petaling Jaya Old Town for breakfast daily.