THERE were big smiles all around as nature lovers planted 2,000 saplings at Taman Rekreasi Bandar Baru Sungai Buloh in Section U20, Shah Alam, in conjunction with the “Shah Alam Trees For Life 2018” programme.

MBSA councillor Papparaidu Veraman, who is also the event’s organising chairman, said the initiative was first carried out in 2010 with the aim to turn Shah Alam into a green, low-carbon city.

“Over the past nine years, the initiative saw a total of 18,276 volunteers from various universities, NGOs, government agencies and private companies who took part in 51 tree-planting programmes. A total of 94,478 saplings were planted around Shah Alam.

“This is the first tree-planting initiative by MBSA this year and we aim to plant at least 90,000 trees throughout the year,” he said, adding that MBSA hoped to reduce carbon emission by 45% in 2030.

Papparaidu thanked Prolintas for contributing RM30,000 to carry out the initiative. 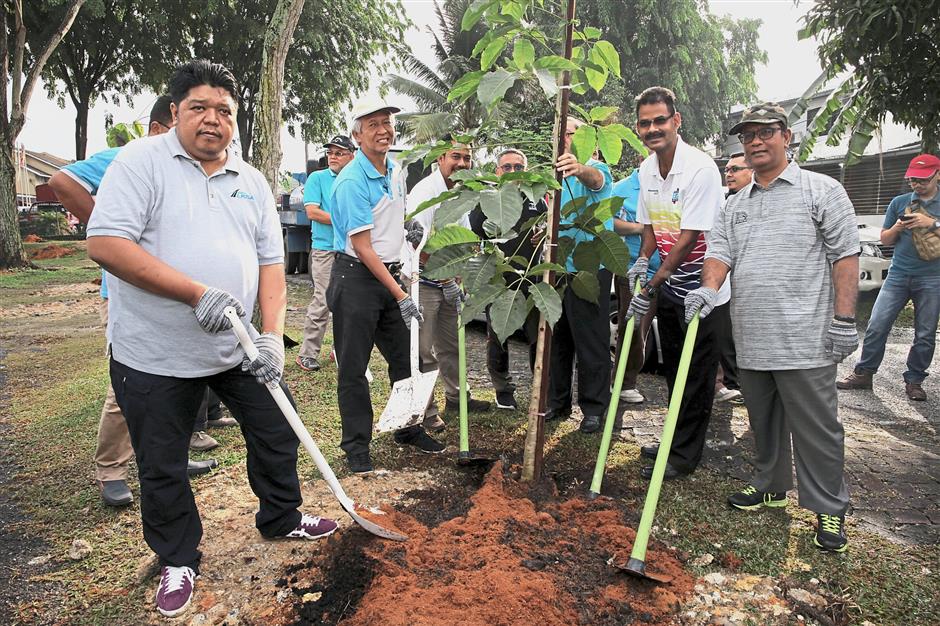 “Various activities will be held continuously to conserve the environment such as car-free day, recycling, free shuttle bus service and composting of market waste.

“We will always support the council’s initiative as we share the same goals, which is to minimise carbon emission and preserve mother nature.

“We will be working closely with MBSA to create awareness of the importance of going green,” he said, adding that this is the fourth initiative by Prolintas.

A team from Eco Warriors provided tips for ensuring trees are planted correctly.

At the event, Prolintas presented a mock cheque of RM30,000 to MBSA.