Malls come together to spread cheer

Children from Pertubuhan Kebajikan Yesuvin Mahligai Selangor in Kajang showing their bags of popcorn before watching the movie ’Wonder’. Three shopping centres under the Sunway Malls came together to add cheer to StarMetro’s “Do Good – Grant A Wish” campaign for Christmas.

He said the mall supported projects that inspire people to remember the less fortunate and reach out to them. 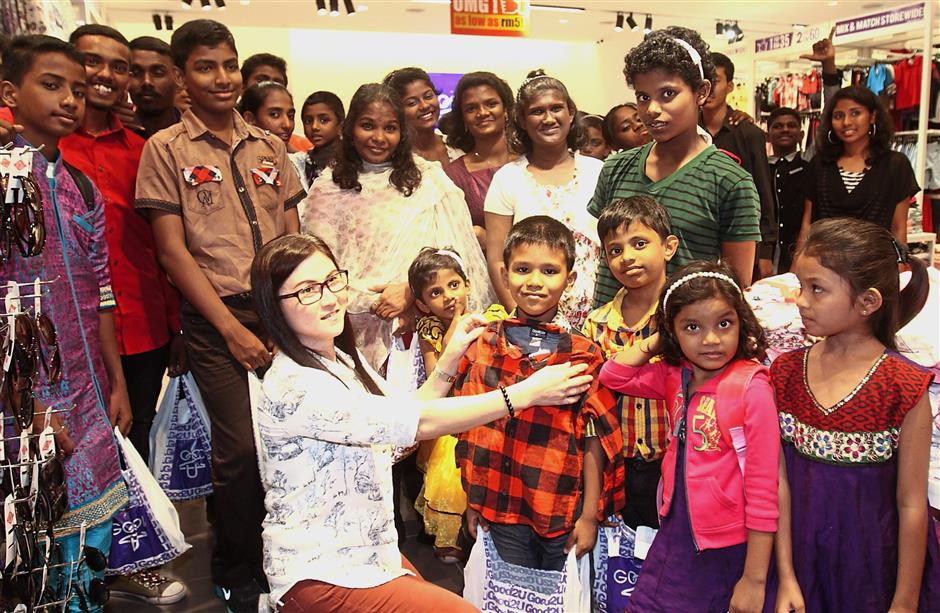 “We aspire to create a more compassionate, loving and peaceful community through our mall’s charitable initiatives,” said Chan.

Some 50 children from the home were sponsored clothes by Good2U and also treated to a sumptuous meal as well as mouthwatering desserts from Swensen’s.

They were also treated to popcorn and the movie Paddington 2, courtesy of TGV Cinemas.

Ten visually impaired children from Dialogue in the Dark also participated in the event.

The event was made livelier with the presence of 50 Miss Tourism International 2017 beauties who mingled with the children and helped them pick a gift each.

The Christmas cheer at Sunway Velocity Mall was equally merry for 40 children from Pertubuhan Kebajikan Yesuvin Mahligai Selangor in Kajang. Once again Good2U opened its doors and did its bit for charity as the children received new clothes.

The children were also treated to a Korean lunch sponsored by DubuYo.

They shared with StarMetro that it was their first time savouring Korean food and they truly enjoyed the meal.

After lunch, they watched Wonder at TGV Cinemas. Their movie escapade, once again was courtesy of TGV Cinemas.

Meanwhile, 11 children below the age of 12 from Rumah SVP Klang were thrilled to take home a pair of clothes from Poney Store in Sunway Pyramid.

It was Wendy’s fast food for lunch and the children were happy to be able to savour the Wendy’s Kids’ Meal.

The StarMetro charity campaign came to an end on Dec 15 with wishes from all homes fulfilled.