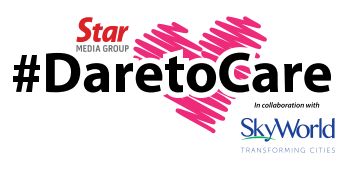 SkyWorld Development Group is bringing its property purchasers and readers of The Star together to help the less fortunate.

The developer has joined hands with Star Media Group for the #DaretoCare campaign to help bridge the gap between charitable people and those in need.

“Many people want to give donations especially during the festive season, but many of them don’t know where to reach out to.

“The Star has introduced a good initiative by bringing these welfare homes directly to the attention of its readers as well as SkyWorld’s customers,” said Ng.

The campaign distributed 50,000 The Star newspapers in collectable brown paper bags at selected areas on Dec 17 and will do so again on Jan 13.

Members of the public can fill the paper bags with gifts or donations of essential items such as personal care goods, stationery and non-perishable food products.

The bags can then be dropped off at SkyWorld’s property galleries in Sentul, Setiawangsa, Bukit Jalil, and Setapak, from now until Feb 15, where the developer will collect and distribute to selected welfare homes.

Contributors can also make use of the space on the bags to leave words of encouragement for those receiving the donations.

At the same time, Ng said it was a good way to introduce welfare homes that may not have the resources to manage collection drives like this. 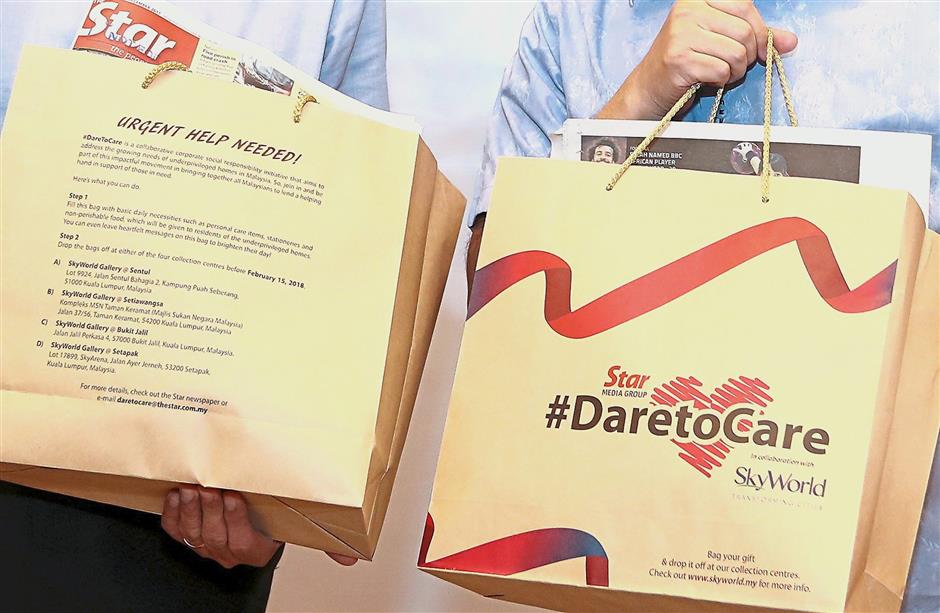 The paper bags can be filled with gifts or donations of essential items such as personal care goods, stationery and non-perishable food products.

“All they can do is focus on the welfare of their own residents; despite wanting members of the public to reach out to them, it is hard to do so in their own means, other than to send letters asking for help.”

Ng said working with the media is a good opportunity for welfare organisations to get more exposure.

“Being ‘The People’s Paper’, The Star is definitely a fitting platform,” he expressed.

As a KL-centric city developer that is all about transforming the city, Ng said the transformation is not limited to just providing a “Sky Living” experience.

“Even our staff, which is formed largely of the younger generation, come to work looking to do something meaningful and different, not just for the property landscape but also for charity initiatives,” said Ng, adding that being charitable is ingrained in the developer’s company culture.

On top of this campaign, SkyWorld is also involved in other corporate social responsibility projects, including developing the SkyAwani affordable home series.

Thus far, SkyAwani 1 and SkyAwani 2 in Sentul has sold out, while its SkyAwani 3 Residences @ Setapak, which has only unveiled its Block A for unit selection, was about 90% taken up within hours.

The developer has also invested RM3.8mil in the SkyWorld Quality Centre that educates and shares Qlassic and Conquas quality finishing do’s and don’ts with business associates, purchasers and the public large.

Looking forward, the developer will consolidate all its corporate charitable efforts and set up the SkyWorld Foundation.

“It will be structured and we’ll be donating a certain amount of profit from the company to the foundation.

“When it is established, we will be embarking on even more charity initiatives pertaining to education, underprivileged communities, and more,” concluded Ng.