Loud cheers could be heard every time the performers from the 108-year-old Penang Chingay Association (PCA) carried out their daredevil acts using the 10m-tall poles on different parts of their bodies in George Town on Sunday.

Eight-year-old Adrian Aw Yang Ke Ding hogged the limelight when he balanced the pole on his forehead for a solid one-minute. 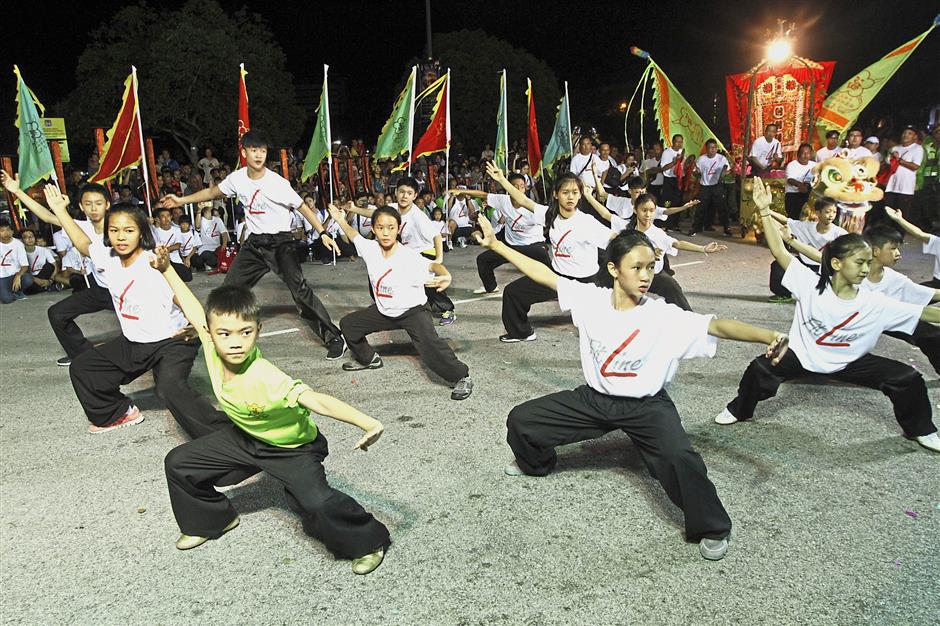 Wushu exponents giving a demonstration during the event.

His father Aw Yang Sun Leong, 39, even carried Adrian while he was still balancing the flag pole on his forehead at the Esplanade.

“He started showing interest in the stunt when he was only four.

“Since then, he has taken part in various events in Kedah, Perlis and Kuala Lumpur,” said the proud father. 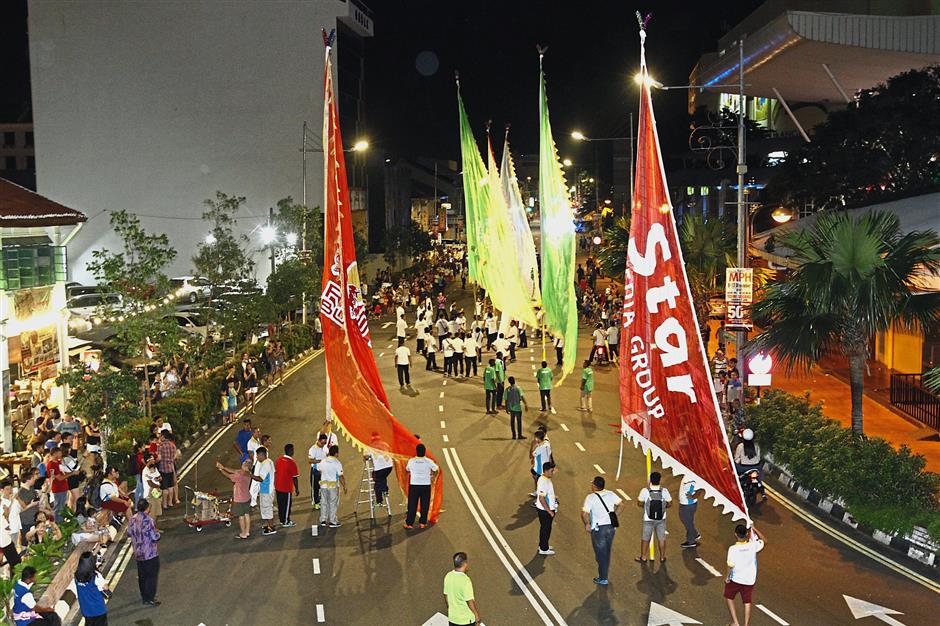 Giant flags are among the main highlights of the procession.

Among the thousands who filled the streets to witness the parade was Marina Schutzinjer, 23, from Austria.

“This is awesome. I don’t even know how they do it as the flag poles look really heavy. I’m amazed,” she exclaimed. 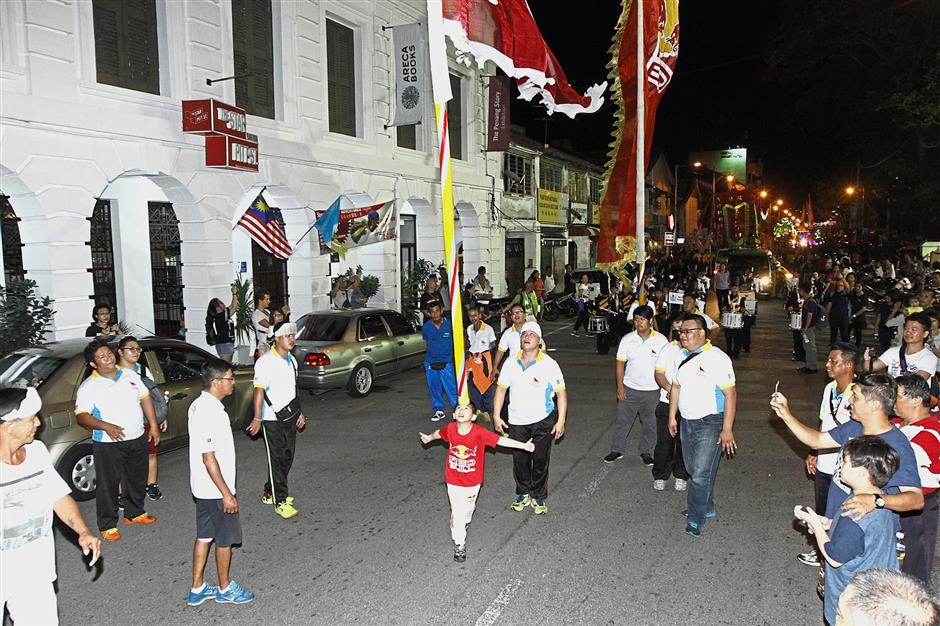 Adrian showing off his spunk by balancing Star Media Group’s giant flag pole on his forehead.

B. Nyanaprakasam, 40, brought his wife L. Hemalatha, 38, and their two young kids to the annual event.

“I want to expose my daughters to different cultures, and they seem to enjoy them a lot,” said Nyanaprakasam from Sungai Ara. 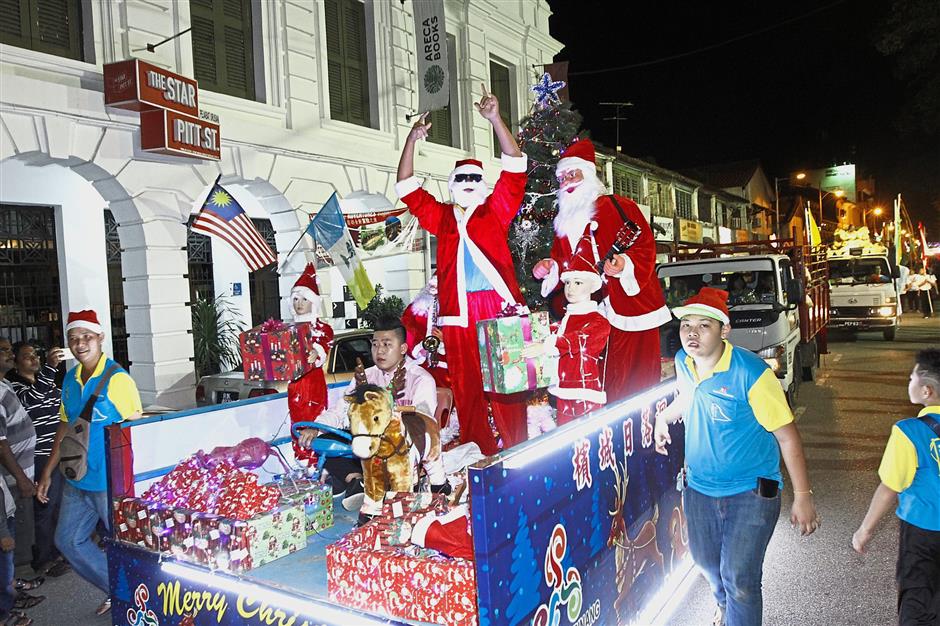 The Christmas-themed float spreading festive cheer to spectators during the Chingay parade in George Town.

There were also colourful Christmas-themed floats with Santa Claus dishing out candies to the crowd. 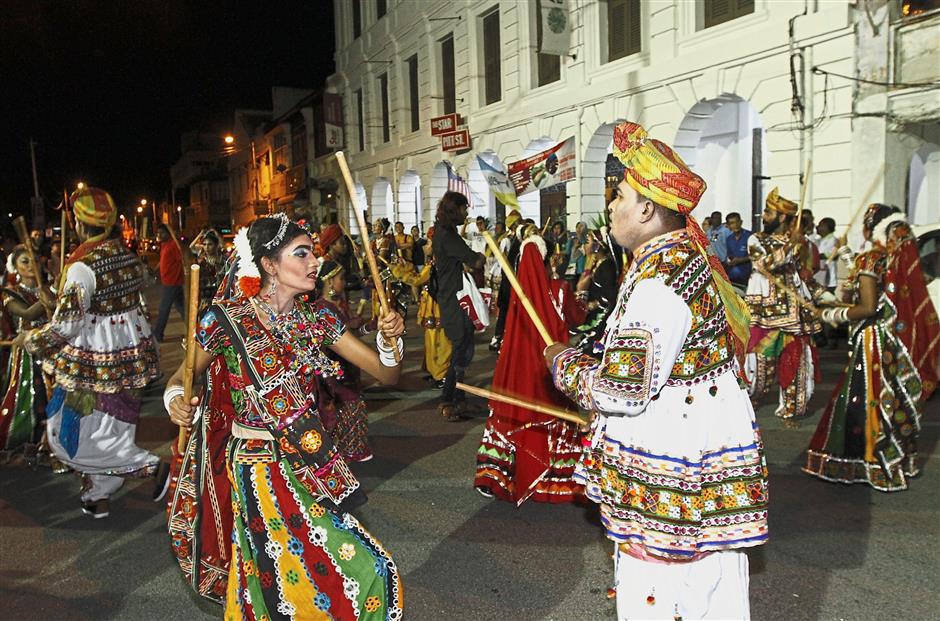